A planning application was made to build five dwellings on the site of the former Stanley Street Garage, Stanley Street, Ulverston, Cumbria (SD 2854 7862). After a recommendation by Cumbria County Council Historic Environment Service, South Lakeland District Council placed a condition on planning consent requiring a programme of archaeological assessment. This was to comprise an archaeological evaluation and a desk-based assessment. The work was carried out in June 2006.

Stanley Street is situated on the north side of The Gill, which is thought to have been one of Ulverston’s medieval market places. However, while the town is thought to have its origins in the early medieval period, The Gill is likely to have developed some time in the following centuries. The desk-based assessment revealed that the site of the Stanley Street Garage was an empty plot of land during the early 19th century. It was subsequently used by Deason and Co (later Simms and Co), a company of coach builders, which was established in around 1878. In the early 20th century the site was used by Thomson and Sons for the manufacture of aerated water. Most recently it was used as a garage and then a carpet shop. The environs of the site were found to contain a number of types of site ranging in date from the prehistoric to the post-medieval periods, reflecting the known historical development of the town.

The evaluation revealed that the underlying drift geology and bedrock was present at a depth of between 0.4m and 0.5m below the surface. In Trench 1 this was overlain by a stony surface, thought to be medieval in date, and in both trenches a buried cultivation soil was present, thought to have developed during the medieval and early post-medieval periods. A small but significant collection of medieval pottery fragments, dating from the late 12th to 16th century, was discovered in the buried soil overlying the stony surface. The early cultivation layer was overlain in both trenches by deposits of 19th and 20th century date, which contained large amounts of pottery, glass, and other finds, some of which related to the activities known to have taken place on the site.

The full report is available on the Archaeology Data Service website: https://archaeologydataservice.ac.uk/archiveDS/archiveDownload?t=arch-700-1/dissemination/pdf/greenlan1-22380_1.pdf 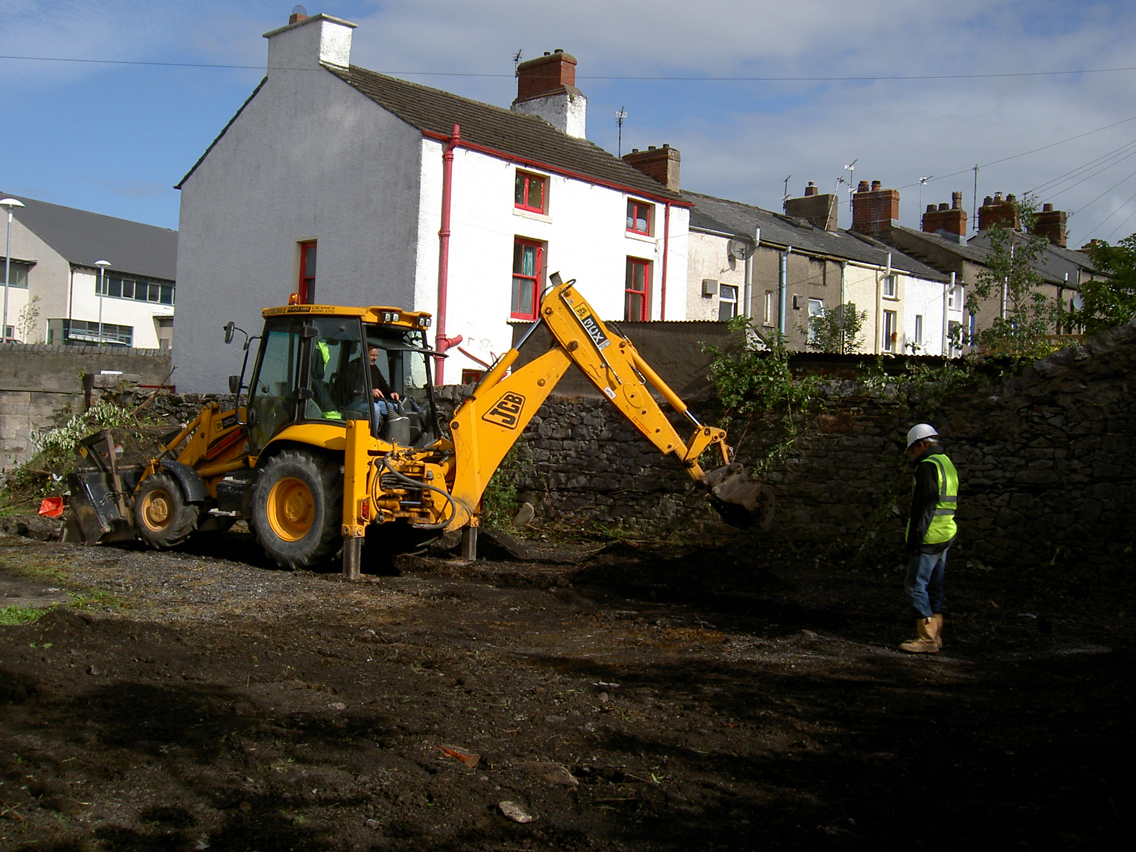 Supervision of the excavation 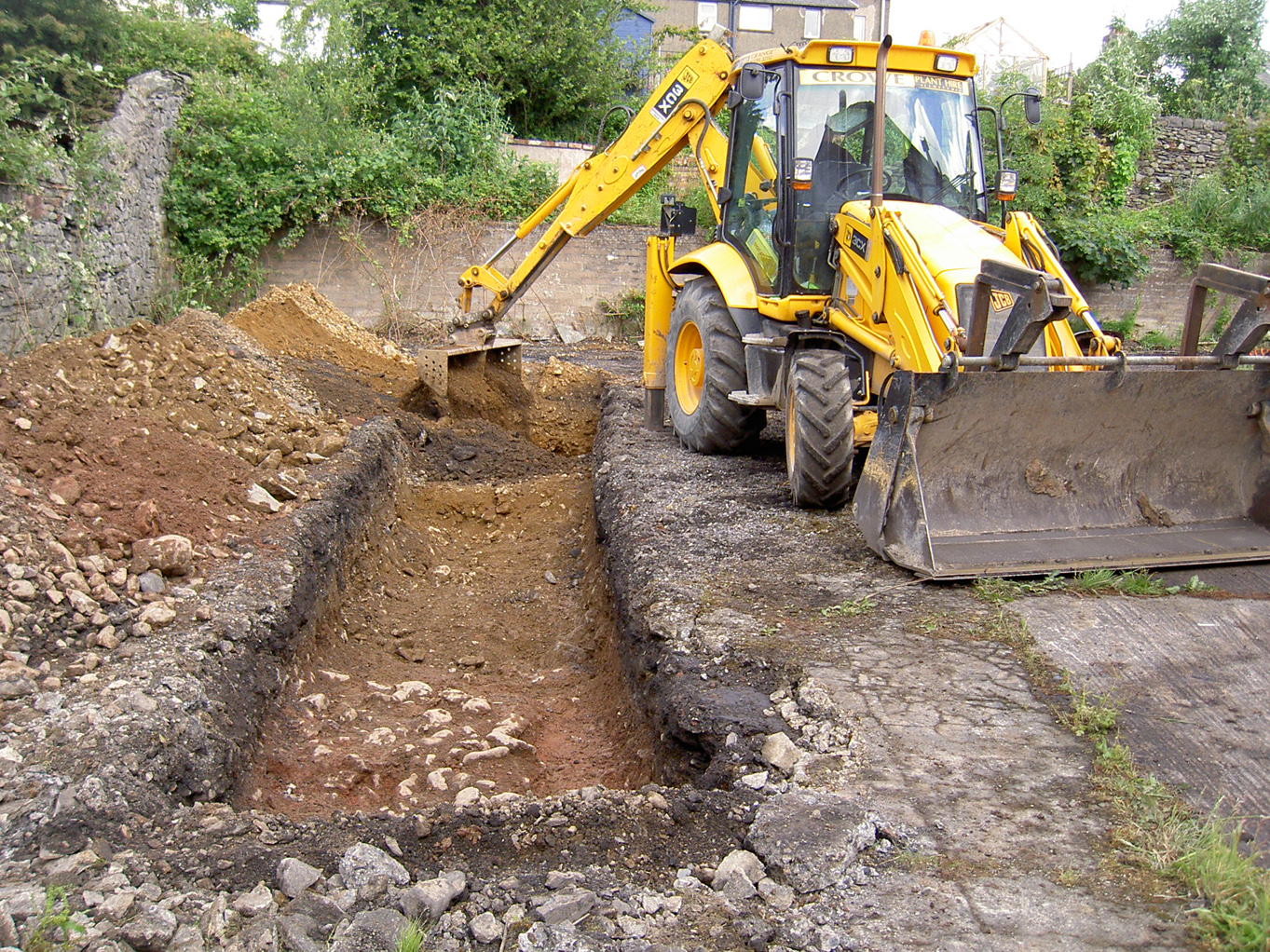