Following the submission of a planning application for the conversion of the former Ulverston Town Hall into flats, which would include the demolition of part of the buildings to the rear and construction of a new block, two conditions were placed on the planning decision. One of these was for an archaeological building recording of the standing buildings on the site in order to provide a record of the building prior to the development taking place, the other was for an archaeological evaluation in order to establish whether any deposits of archaeological interest were present that might be affected by the proposed new build. Following the provision of a project design by Greenlane Archaeology the work on site was carried out in January and February 2018.

Ulverston is a town of primarily medieval origins, although remains dating from at least the Neolithic are known from its immediate vicinity, and dating to the end of the last Ice Age in the wider area. Most significantly, the site is located on the southern edge of the centre of the medieval town, which is focussed around the Market Place. The land on which the building now stands was evidently largely undeveloped until shortly after 1823, at which date it passed to George Shaw Petty, a local merchant and banker, who constructed a new house and bank on the site. This remained in operation until the 1870s, at which time it was taken over by Wakefield, Crewdson and Co of Kendal, who subsequently merged with the Liverpool Bank. Following the creation of Ulverston Urban District Council in 1894 plans were put in place to create a new town hall and council chamber and the former bank on Queen Street was acquired and work for conversion carried out in 1902-1904, to the designs of local architect JW Grundy. Prior to this, in 1873, a new shop had been constructed for a cabinet maker on the east side of the site, which was also designed by Grundy.

The building recording revealed a total of seven phases of construction and alteration, many of which can be closely dated on account of the extensive records available. These demonstrate that the earliest part of the site comprised the east end of what had originally been a small building facing onto what is now Theatre Street, described as a barn in 1823. This was subsequently extended to the east at about the same time the new house and bank were constructed for GS Petty, shortly after he acquired the land and almost certainly before 1825. These two buildings were initially separate but were subsequently joined together and the bank enlarged in the late 19th century, and during the same period as the new shop was added to the east. The conversion to a town hall in 1902-1904 saw substantial changes in some areas but less in others, and primarily involved the creation of a new council chamber and installation of a new staircase. More recent alterations had largely comprised modernisation and led to the loss of original features such as doors, although a slightly earlier phase of modernisation probably also led to the loss of all the fireplaces (and associated chimneys), a pediment on the south elevation, and the creation of new toilets.

The evaluation revealed that the survival of deposits was remarkably good, with upper layers of dumped material dating to the early 19th century perhaps relating to the construction of the house, although these were cut by pits, probably of a similar date. A well-preserved cultivation soil underlay this, which contained both medieval and relatively early post-medieval finds, and this in turn sealed a subsoil containing medieval pottery below which was a shallow ditch orientated east/west. A sample taken from this shows evidence for a variety of activities including metal working. 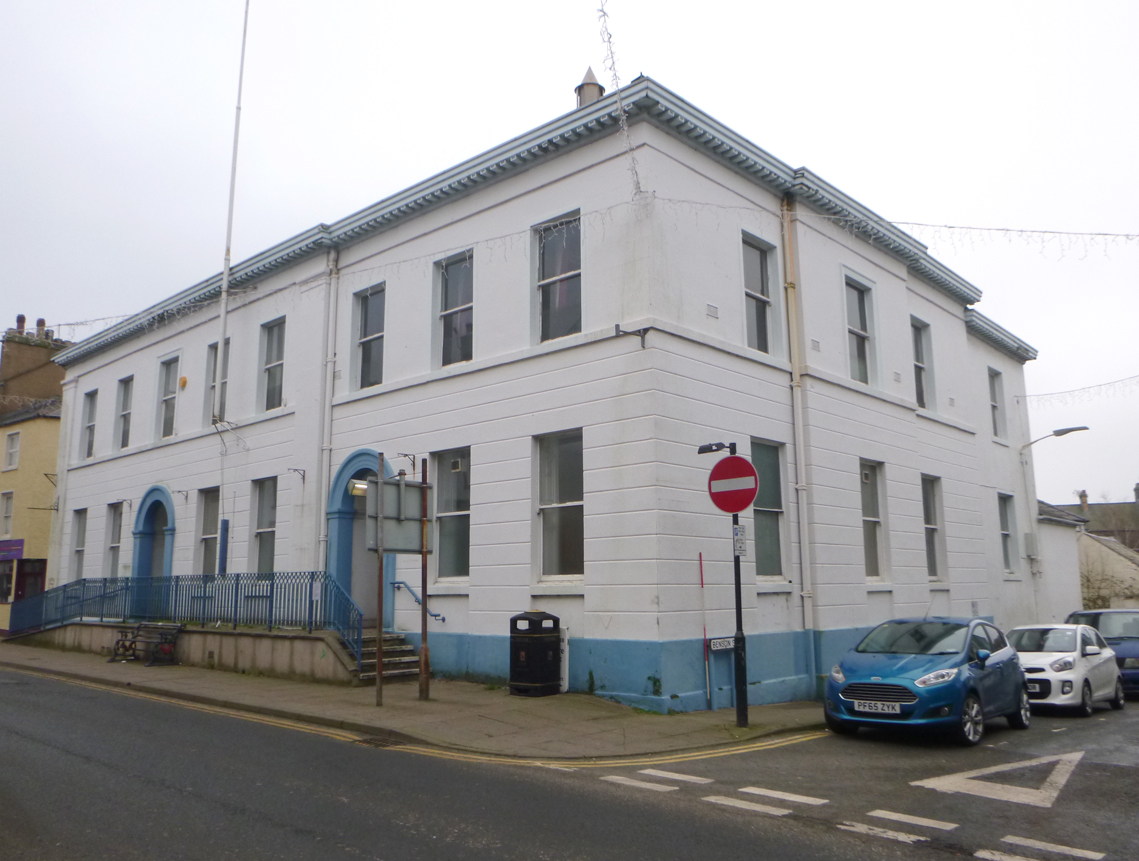 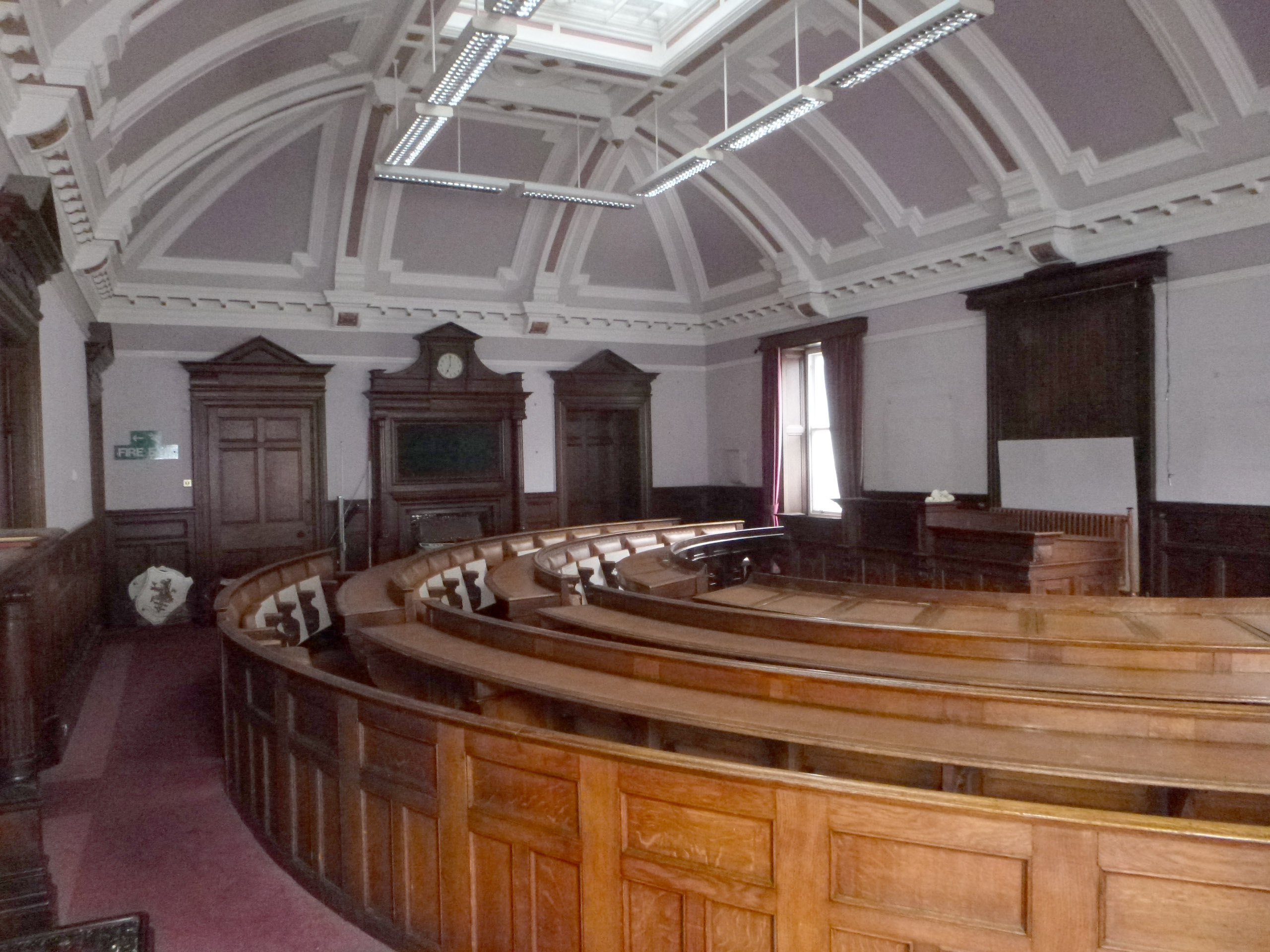 Inside the council chamber 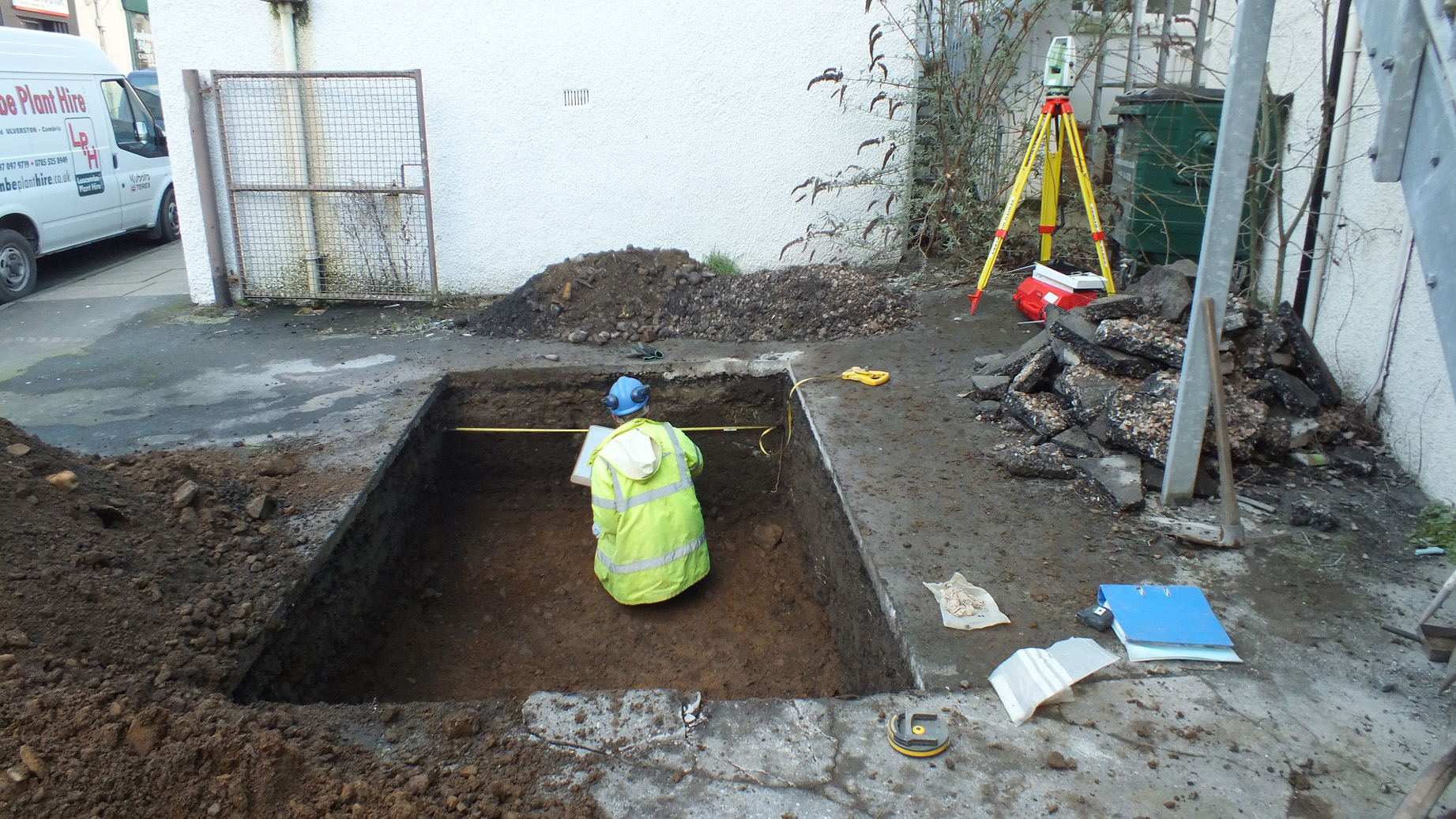