Following the submission of a planning application for the conversion of a barn at Furnace Cottage, Newland, Ulverston, Cumbria into a dwelling and following an initial phase of archaeological building recording and a submission for Scheduled Monument Consent (SMC), a condition was placed on the SMC requiring a further phase of building recording and archaeological watching brief. Greenlane Archaeology was appointed to carry out this work, with the ground works monitored by the watching brief taking place sporadically between February 2019 and July 2021.

The furnace was built in 1746-7 by Richard Ford and his associates, who became known as the Newland Company, following the acquisition of an existing mill in Newland, which brought with it control over the leat necessary to provide water power to the furnace. The map evidence shows that a roofed structure was extant on the current footprint of the barn from at least c1804. The earlier building recording revealed that the building had essentially been constructed by the infilling of a space between the furnace to the north, the cottage to the south, and the casting house to the east. However, it is likely that the lower part of the west wall is the earliest element. This may be contemporary with the furnace but was probably constructed in part to retain the mill leat beyond by revetting the slope. The structure was probably subsequently raised in height, perhaps in 1854 when the doorway in the north-east corner was created, although it is considered that this is more likely because an earlier, wider, opening was partially blocked rather than because this new one was inserted, as has previously been suggested. After the furnace went out of use it is recorded that it was used as a joiner’s workshop and then garage and it is likely that some of the most recent alterations to the doorways as well as changes to the internal access relate to this period.

The additional building recording involved photographing the internal north wall of the barn, which had originally been part of the external south wall of the furnace following the removal of covering material. The watching brief monitored: excavation of the footings for a new dividing wall within an opening in the north elevation of the barn, removal of a raised area of bedrock in the north-west corner of the barn, and creation of a new staircase against the exterior of the west wall of the barn. A range of features and finds were encountered within these three areas, including a structural timber and two sections of wall dating from after the furnace had gone out of use and dumped deposits of material relating to the same period and, more significantly, a series of layers of material dating from the early phase of the furnace’s operation. These included a considerable number of finds, which have the potential to provide more information about the people who worked at the furnace. 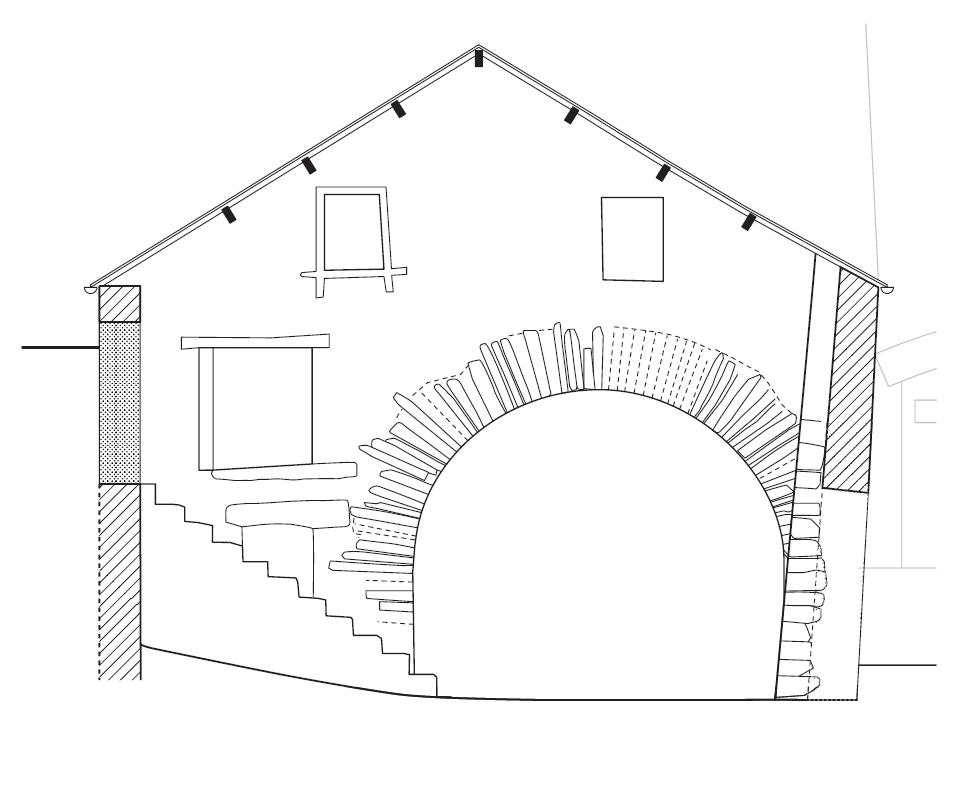 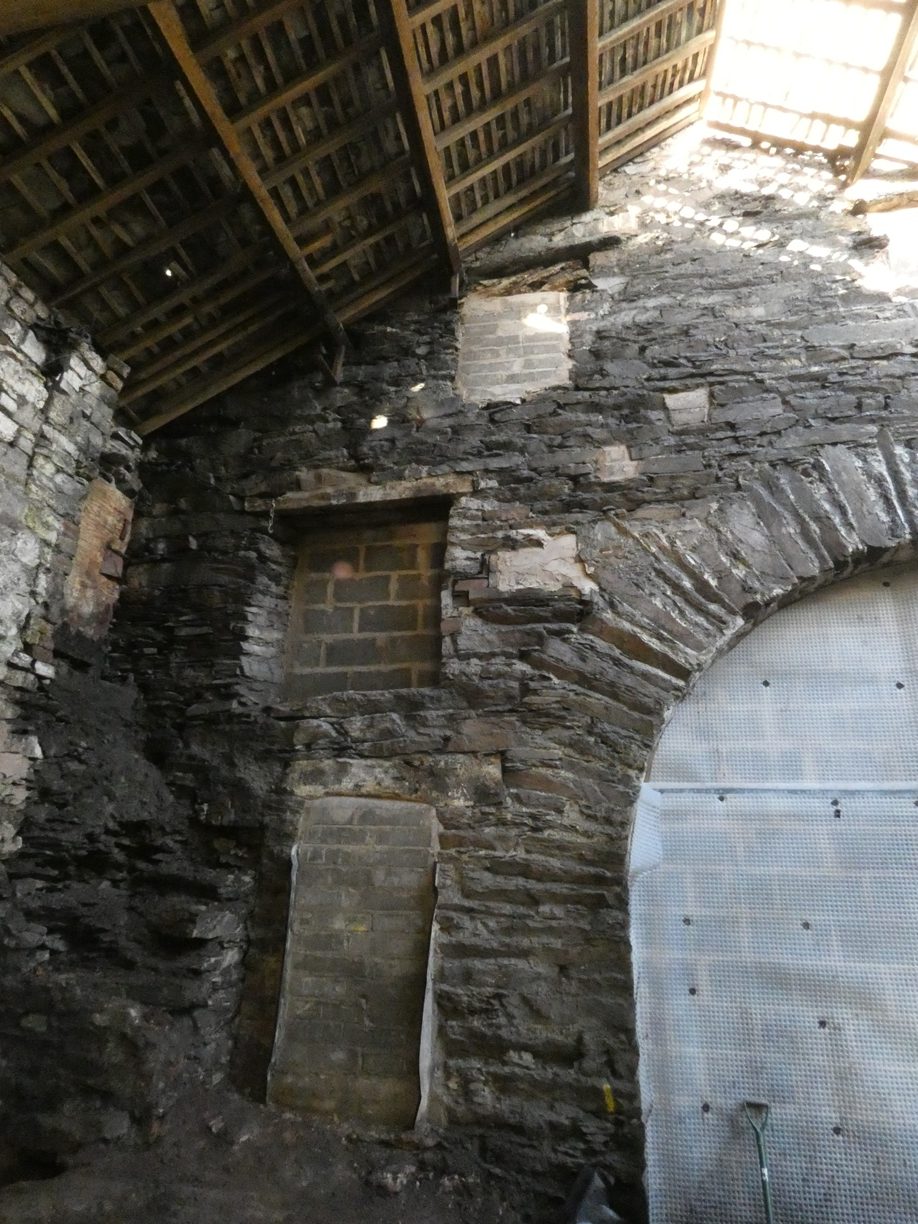