Following proposals to install new signage and carry out investigative work associated with cutting back overhanging vegetation and investigating the line of a presumed drainage pipe at Furness Abbey, Manor Road, Barrow-in-Furness, Cumbria, Greenlane Archaeology was commissioned to carry out an archaeological watching brief on the work. The site is located within the Scheduled Monument area for Furness Abbey, and the archaeological work was carried out as one of the conditions on the Scheduled Monument consent.

The local area is rich in archaeological remains dating from the end of the last Ice Age onwards, but the primary feature of historic interest is Furness Abbey itself, which was established on the site in 1127. The buildings making up the Abbey went through several phases of alteration and expansion until the Dissolution in 1537, after which part of the site became a mansion and subsequently a hotel serving the railway that ran through the valley.

The watching brief monitored the excavation of two small pits for new signage, the cutting back of an area of overhanging vegetation next to a culvert, the excavation of three pits along the line of a ceramic pipe thought to be for drainage, and the subsequent enlargement of this into a trench examining the full length of the pipe. In most cases a thin layer of topsoil was encountered beneath which was a layer of probable demolition material, from which various finds were recovered, especially from the area investigating the ceramic drainage pipe. These predominately comprised fragments of animal bone, but also stone roofing slate, lead window came strips, a copper alloy ‘lace tag’, and post-medieval pottery and glass. In the case of the area of overhanging vegetation a thick deposit of firm silty clay was revealed, perhaps alluvium or dumped material, raised over 0.5m above the top of the culvert.

Although limited in scale the watching brief revealed numerous finds of archaeological interest; some of the animal bone is probably of medieval date and derives from food consumed within the Abbey, while the window came strips potentially result from the destruction of the Abbey that occurred during the Dissolution. 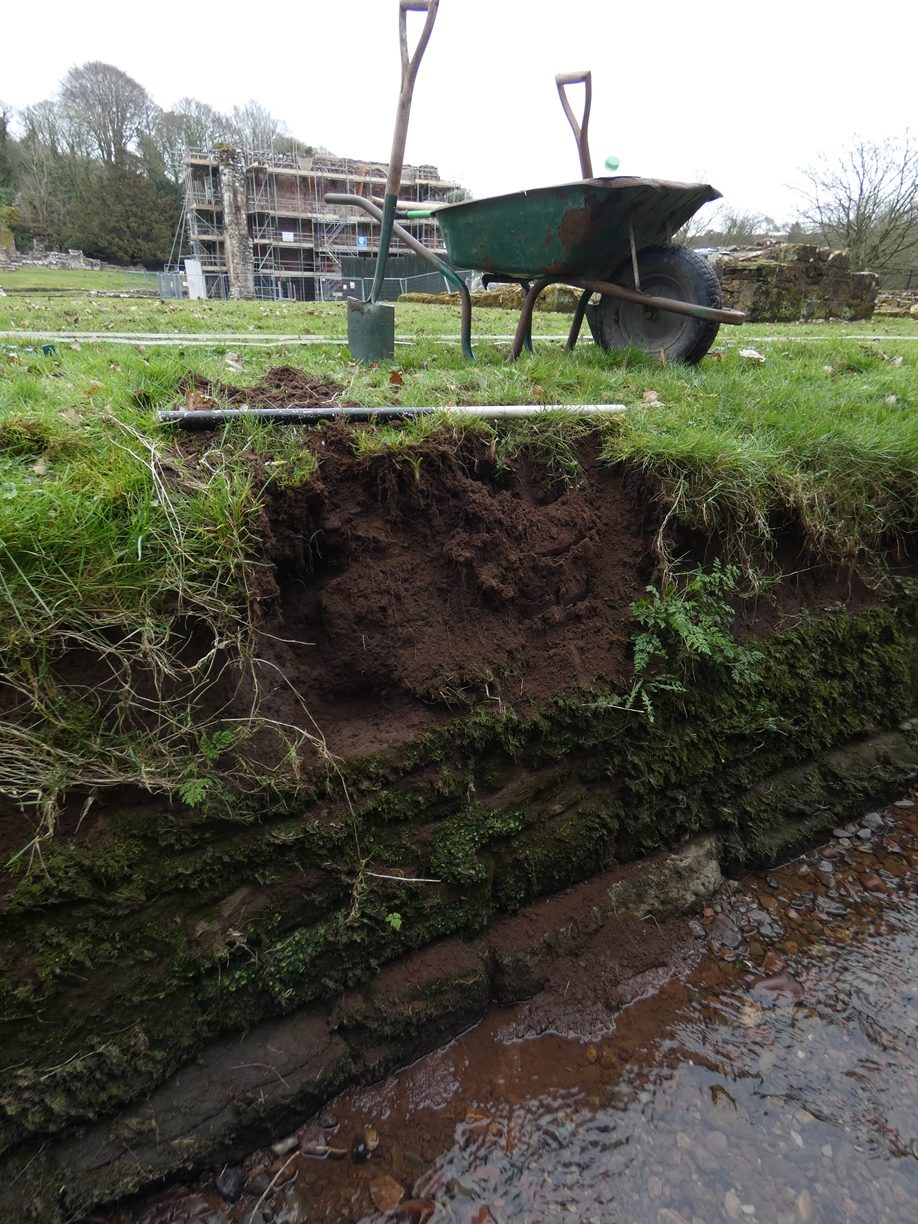