As part of a scheme for a number of alterations and additions to Furness Abbey Cottage, Abbey Approach, Barrow-in-Furness, Cumbria an archaeological watching brief was carried out in order to monitor the excavation associated with the creation of two soakaways. The site is located within the Scheduled Monument area for Furness Abbey, and the archaeological work was carried out as one of the conditions of Scheduled Monument consent.

The watching brief monitored the excavation by machine of a pair of large pits. This revealed considerable deposits of dumped material in both locations below the upper layer of bedding for the former drive surface. Beneath dumped deposits in the southern pit the base course of a well-built wall of large dressed blocks was revealed, with a possibly associated deposit of rubble nearby, both of which were laid on top of soft clay. In the northern pit the dumped deposit was laid on what appeared to be a less substantial wall of thinner dressed blocks on a similar alignment, one of which was removed and was clearly re-used.

The only dating evidence retrieved was a single fragment of pottery of probable 19th century date from the deposit overlying the wall in the northern pit, which demonstrates that a considerable amount of material was deposited here in the post-medieval period and that the sections of wall that were found were evidently earlier. It is possible, given their location, that these represent sections of the precinct boundary of the Abbey, which is thought to have been in this location and a wall is marked on 18th and 19th century maps, although the limited evidence makes it impossible to be sure. If it were evidence for the precinct boundary this would be very significant as the location of it in this area is otherwise unknown. This is in part because developments in the later 19th century at this end of the Abbey precinct, including the construction of Furness Abbey Cottage, which may have led to the wall being buried. 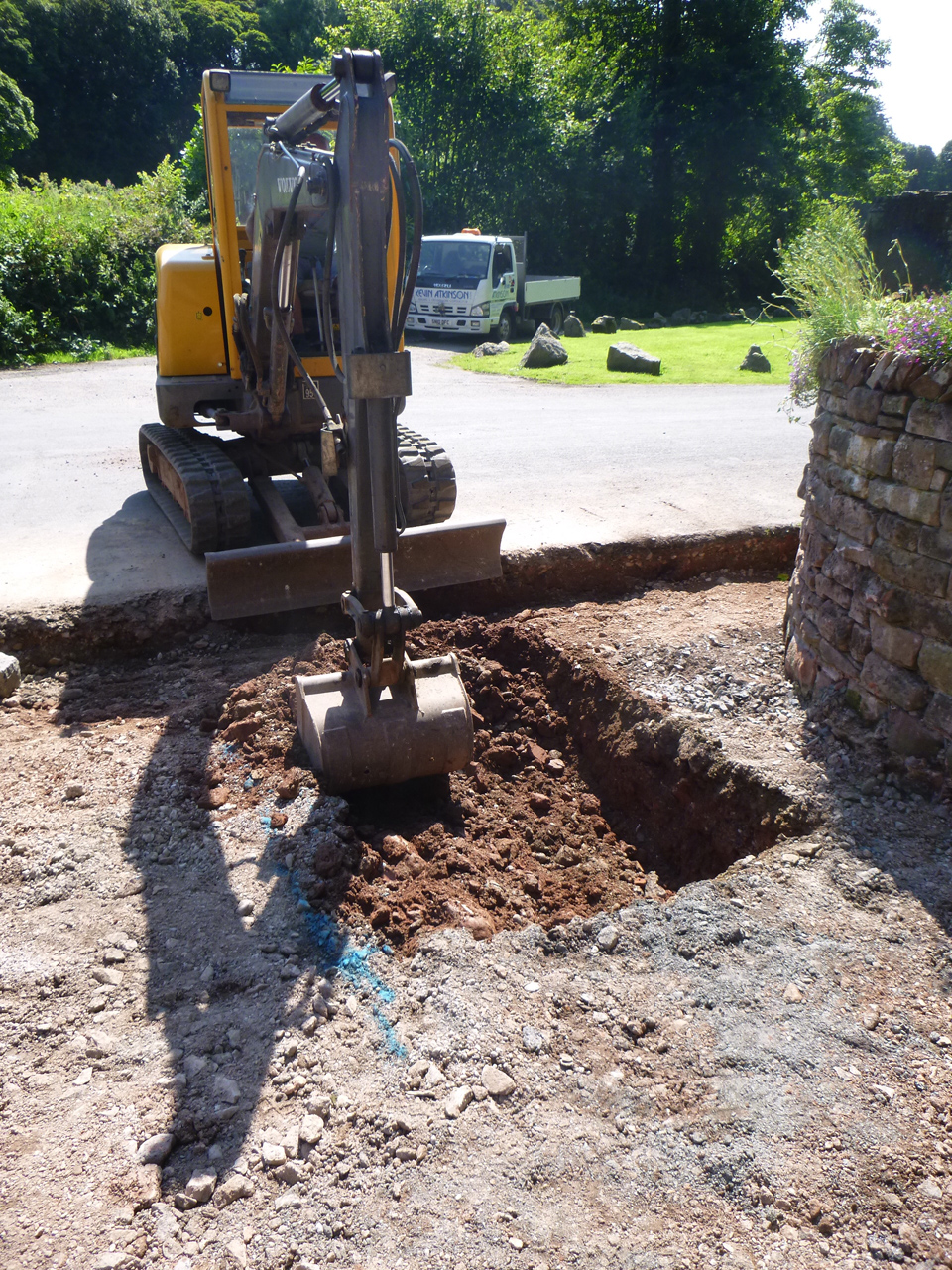