A planning application was submitted for the construction of a two storey extension, garage, and new porch at Furness Abbey Cottage, Abbey Approach, Barrow-in-Furness, Cumbria (NGR SD 21778 72039), the extension and garage of which lay within the Scheduled Monument of Furness Abbey (No. 13572). An archaeological condition was placed on the Scheduled Monument Consent (Reference HSD 9/2/8945) requiring a rapid desk-based assessment, and an archaeological watching brief on all foundation trenching. The work was carried out by Greenlane Archaeology in December 2007.

The desk-based assessment revealed that the property was built c1873 for the Furness Railway Company. The property still had stables to the west which are now used for storage, and a coach house to the north was demolished between 1956 and 1983. There was also a building on the site prior to the construction of Furness Abbey Cottage, and this existed from at least 1843 although no details are known about its ownership or function.

The archaeological watching brief revealed that the footprint for the new extension followed the outer line of the demolished coach house, whose walls survived below ground level. The result of this was that backfilled foundation trenches were probably re-excavated; the loosely packed disturbed natural contained no artefacts. The situation was the same in the porch area; here the foundations for an earlier porch had disturbed the ground. Excavations in the area of the garage revealed that the base of the quarry was possibly deeper than the current ground level and that some infilling and landscaping had occurred in this area, probably at the time the house was constructed or later. No earlier archaeological features were encountered.

The full report is available on the Archaeology Data Service website: https://archaeologydataservice.ac.uk/archiveDS/archiveDownload?t=arch-700-1/dissemination/pdf/greenlan1-40447_1.pdf 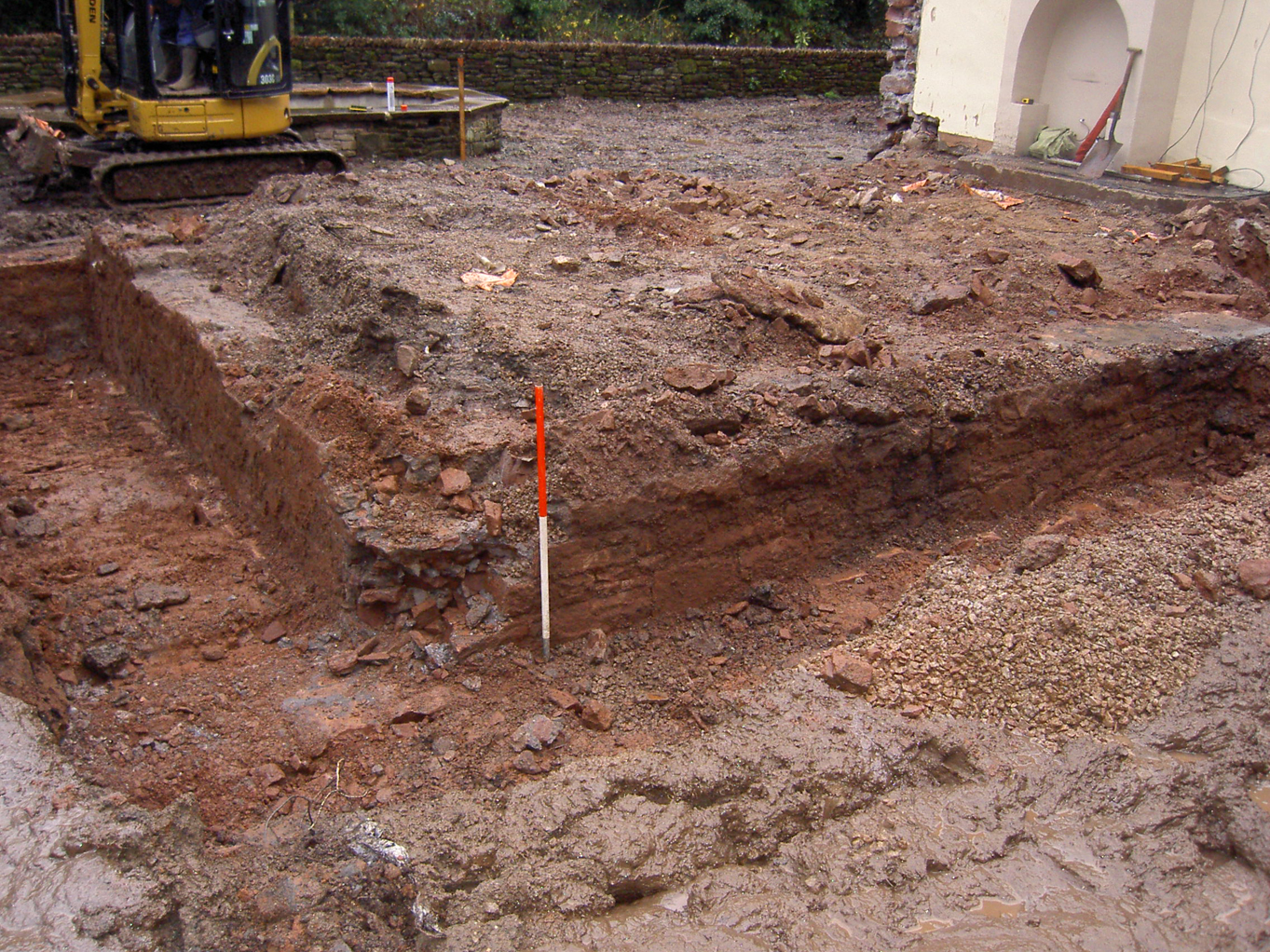