Following the submission of a planning application for the construction of a residential development at Gales Farm, Scales, Cumbria, Greenlane Archaeology was commissioned to carry out a programme of archaeological evaluation trenching on the site. The proposed development site is near the centre of the village of Scales, which has at least medieval origins, although there is evidence for prehistoric activity of various periods from the end of the Late Upper Palaeolithic onwards in the area. The underlying geological deposits were remarkably shallow across the site, typically less than 0.3m below the current ground surface. The site saw considerable development throughout the 20th century and this clearly involved reducing the level across much of the area at some stage, especially in the north-east corner, where this modern disturbance has removed all trace of any earlier features, if indeed there were any. Typically the material recovered dated from the 17th or 18th century, but this was mostly from mixed deposits which included later material as well. A single sherd of unusual imported late medieval pottery, a pale buff coloured or white fabric forming part of a spout or hollow handle from a vessel such as a pipkin, finished with green glaze, was recovered from the uppermost layer in Trench 6. Specialist assessment determined that it is most likely Surrey whiteware, dated to the late 14th to early 16th century, and as such it is clearly an extremely unusual find in Cumbria and evidently imported.

The full report is available on the Archaeology Data Service website: https://archaeologydataservice.ac.uk/archiveDS/archiveDownload?t=arch-700-1/dissemination/pdf/greenlan1-220974_1.pdf 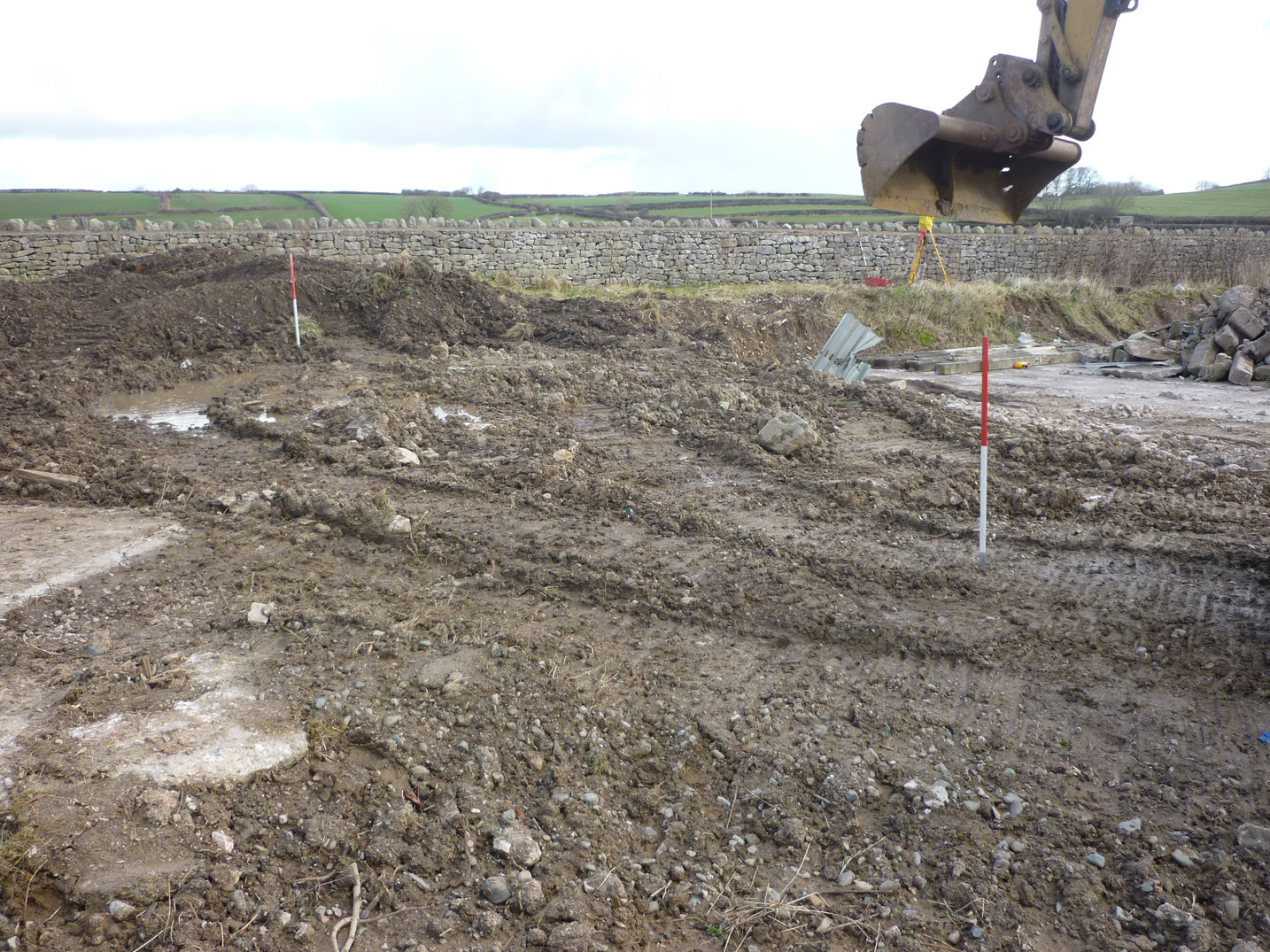