Following the submission of a planning application and listed building consent application for the conversion of a garage and workshop into dwellings, a condition was placed on both of the decision notices requiring an archaeological building recording be carried out. Greenlane Archaeology was appointed to carry out the work, which was undertaken in September 2019.

Gibraltar Farm is known to have existed from at least the early 19th century. Although its origins are uncertain, the name probably derives from the capture of Gibraltar in 1704. Maps show that the current footprint was essentially in place by 1829 and census returns describe one or more lodging houses at Gibraltar Farm from the middle of the 19th century.

The building recording revealed that while the garage had been subject to considerable alteration in the 20th century, the south-west elevation comprised a substantial amount of original fabric. This included two windows with surrounds partially constructed from stone mullions of probable 17th century date. However, the arrangement of the part of the building including the garage indicates that it was actually added as part of a larger outshut off the rear of the main house, probably in the early 19th century, meaning that the mullions were reused from an earlier structure. Their incomplete form and the presence of reused timber, probably parts of former cruck blades, suggests a general reuse of material. The garage appears to have been constructed as part of an extension to the house, which probably provided an additional service room for the house and a row of two or three cottages. These were probably originally used by seasonal farm workers, although they were latterly described as a lodging house. The former is a recognised phenomenon at other farms in the wider region, although surviving examples are still rare, and in this case only a small amount of the original fabric remains. 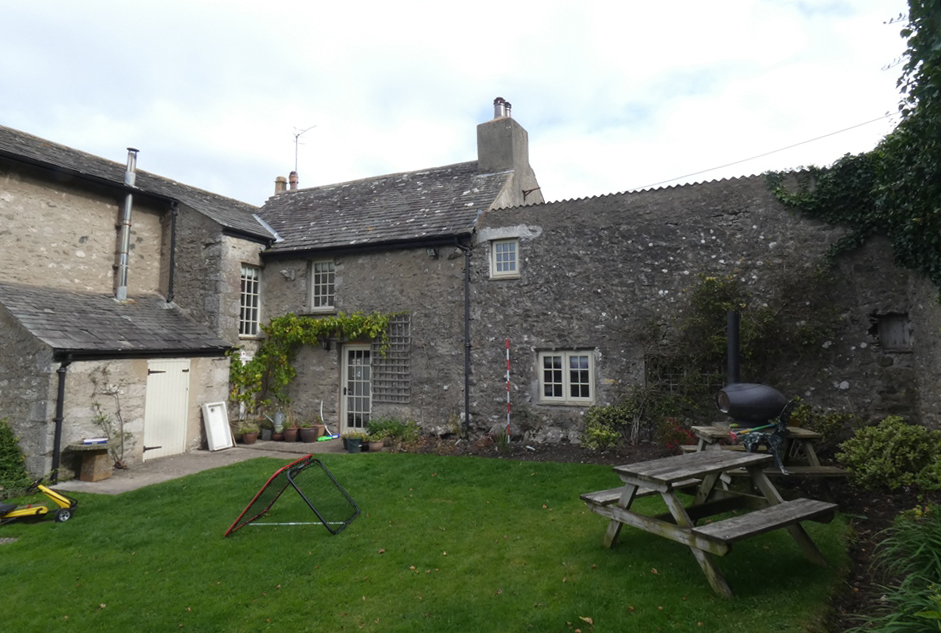