As part of the compilation of a Conservation Management Plan, Greenlane Archaeology was commissioned to carry out a building recording of the ‘Grange Lido’, Grange-over-Sands. Documentary sources reveal that the building was constructed as the ‘Grange-over-Sands Bathing Pool’ from designs produced by the District Council surveyor T Huddleston in 1930. It was funded by the District Council, with assistance from a Government grant, and cost £17,000. Work was completed by July 1932 although it was not officially opened until August of the same year. Initially it was a huge success, with visitor numbers far exceeding expectations; over 6,000 came on a single Sunday in the summer of 1932 and in one year over 60,000 people made use of it. By the 1960s it was clearly in need of renovation and improvement. A new filtration plant was added in 1961 and in 1976 a programme of substantial structural repairs was carried out at a cost of around £50,000. However, in 1977 it was badly damaged when a storm forced sea water over the retaining wall, flooding the complex and damaging the male changing room. Further alterations were evidently carried out after this. The pool continued in use, although with dwindling numbers, throughout most of the 20th century, finally closing in 1993 after which time it has gradually decayed.

The building recording revealed only a small number of phases and much of the original fabric has survived. The major identifiable alterations most likely relate to renovations and repairs carried out in the 1970s, although distinguishing between those carried out in 1976 and those post-dating the flood of 1977 is difficult. The use of very similar brick types throughout the building also makes separating different phases problematic. The most recent phase follows the pool’s closure in 1993, and is represented by loss and damage to the original fabric. Despite its condition the building remains locally and nationally significant as a rare survival of an outdoor swimming pool of this date.

The full report is available on the Archaeology Data Service website: https://archaeologydataservice.ac.uk/archiveDS/archiveDownload?t=arch-700-1/dissemination/pdf/greenlan1-156957_1.pdf 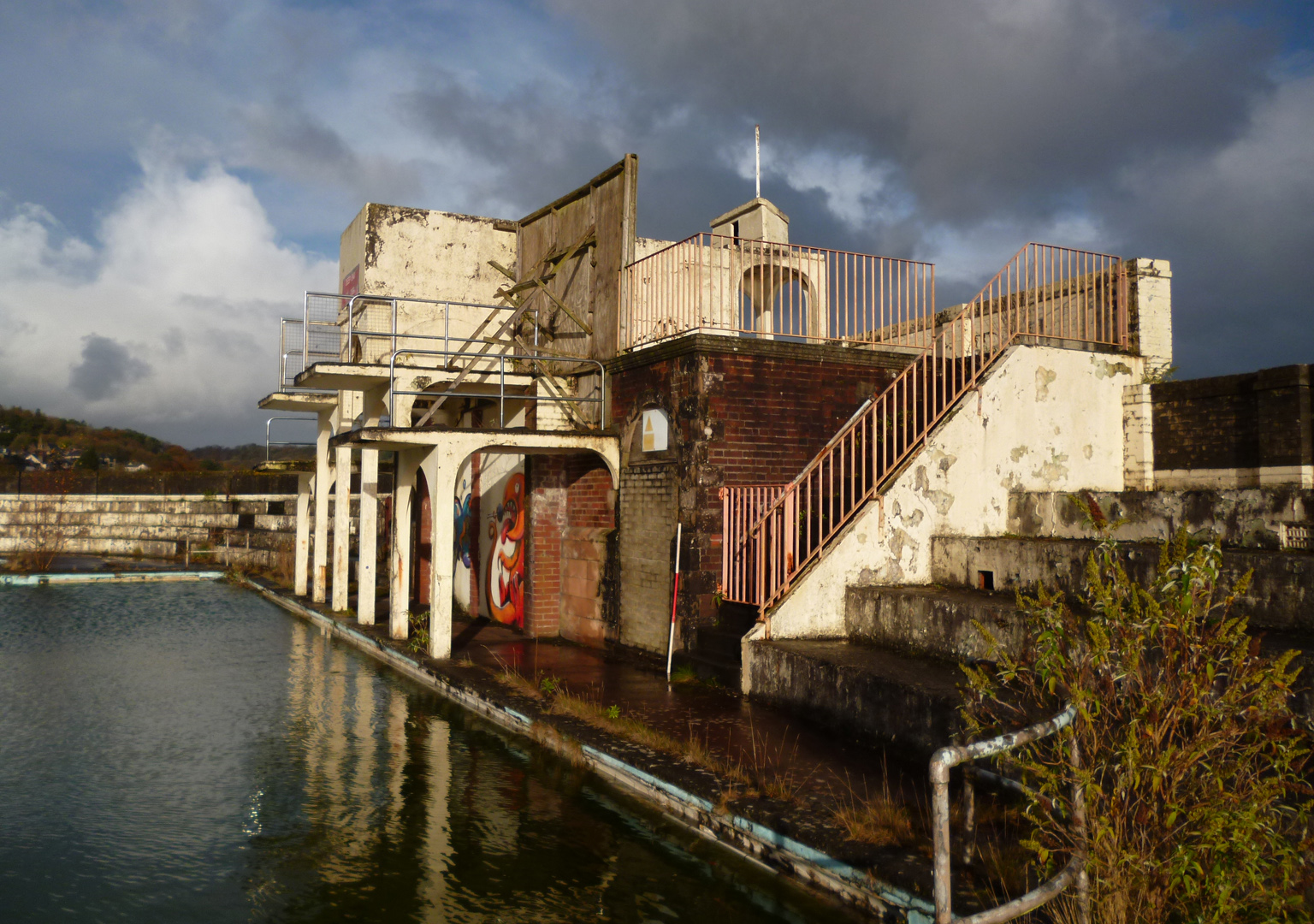 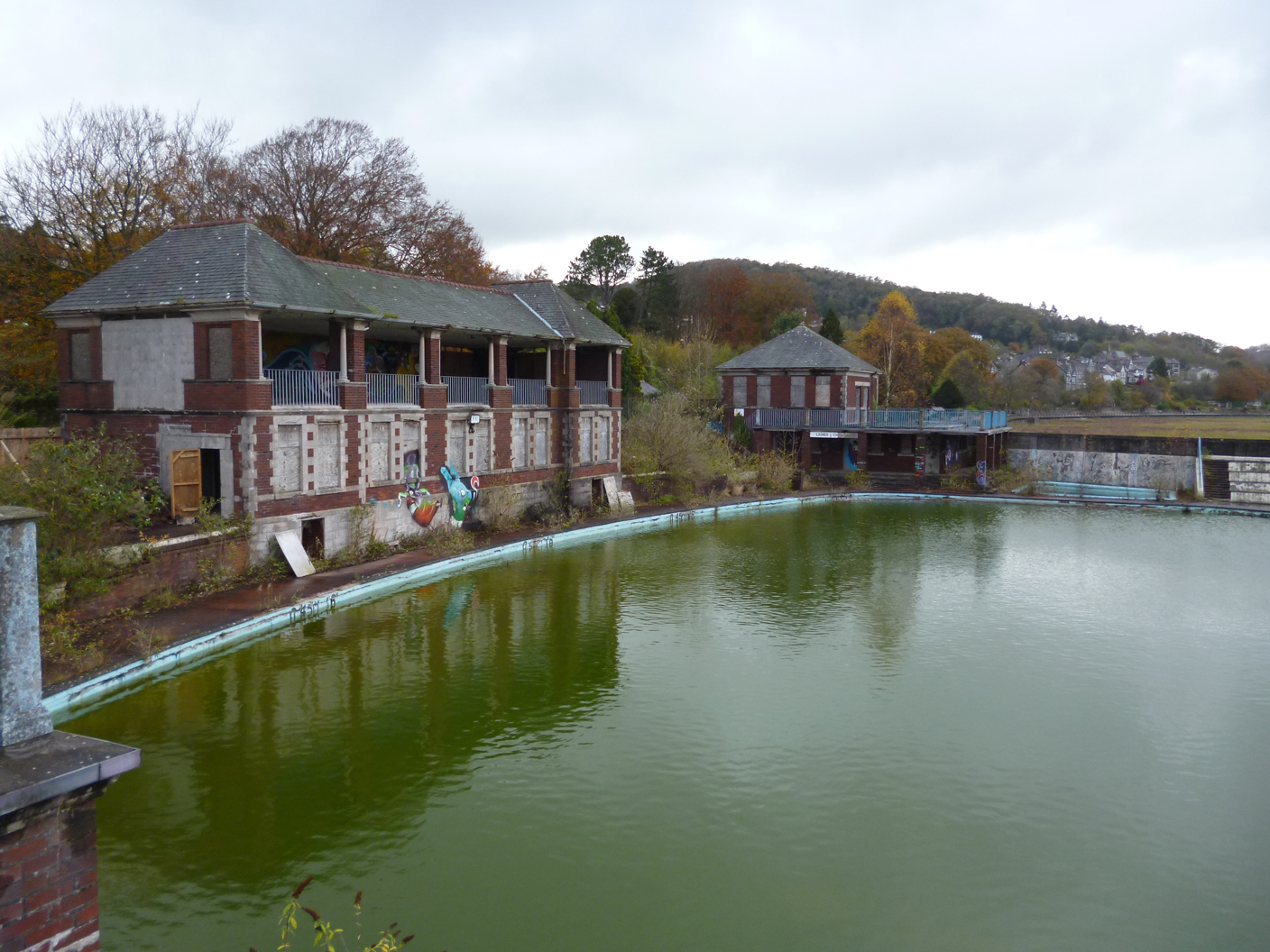 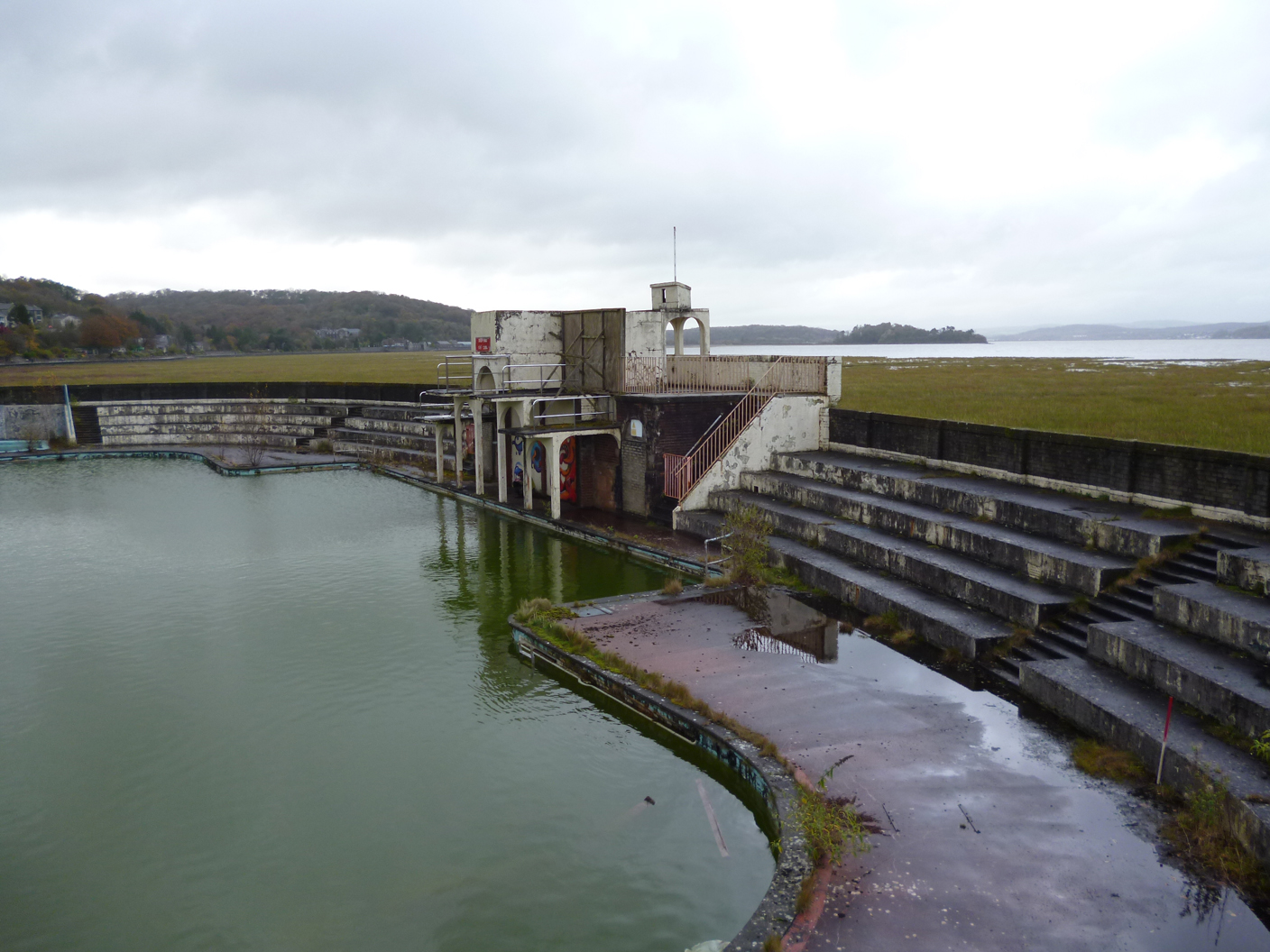 General view of the east building and north and south tier 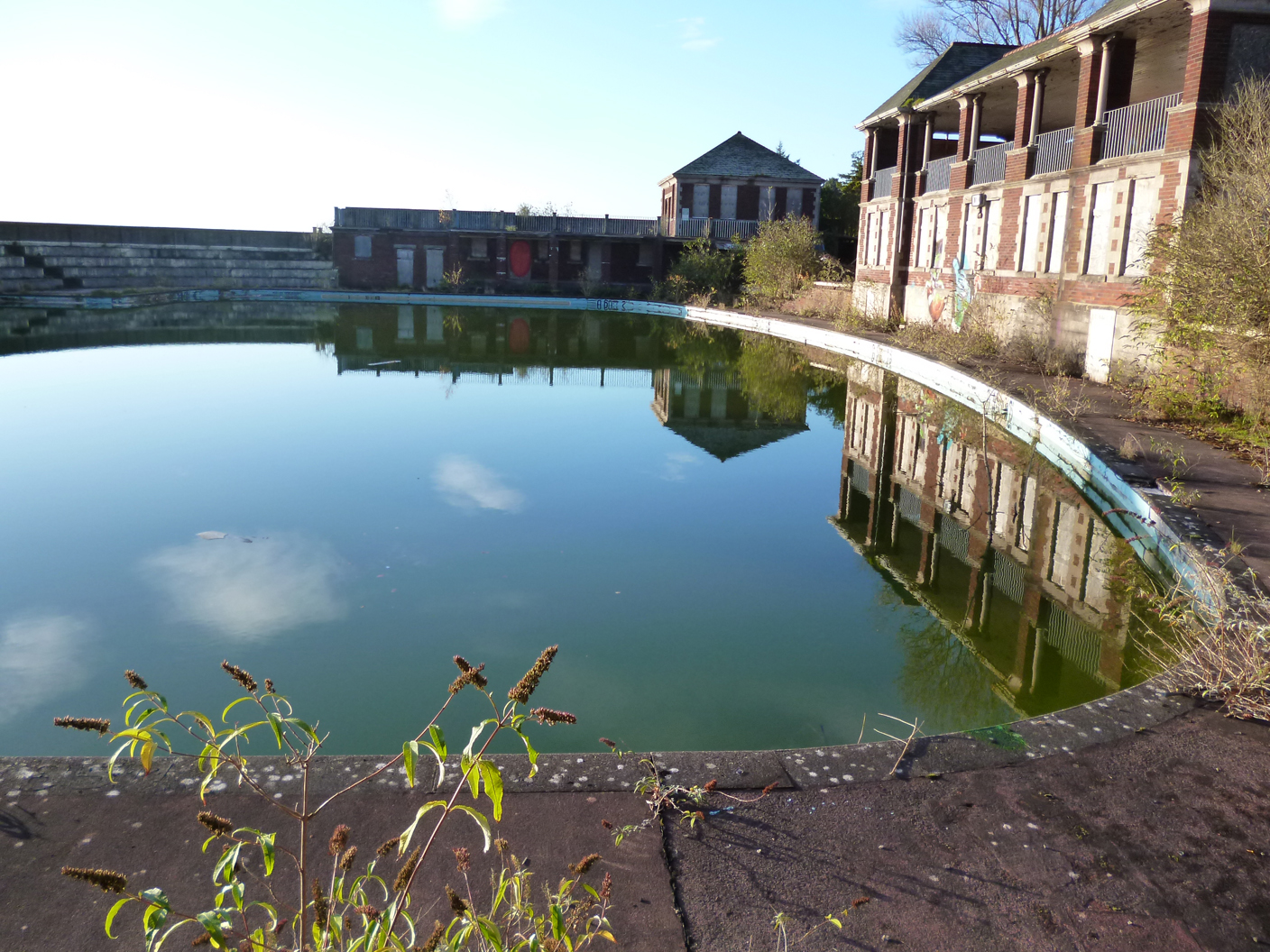 West side of the pool, viewed from the north 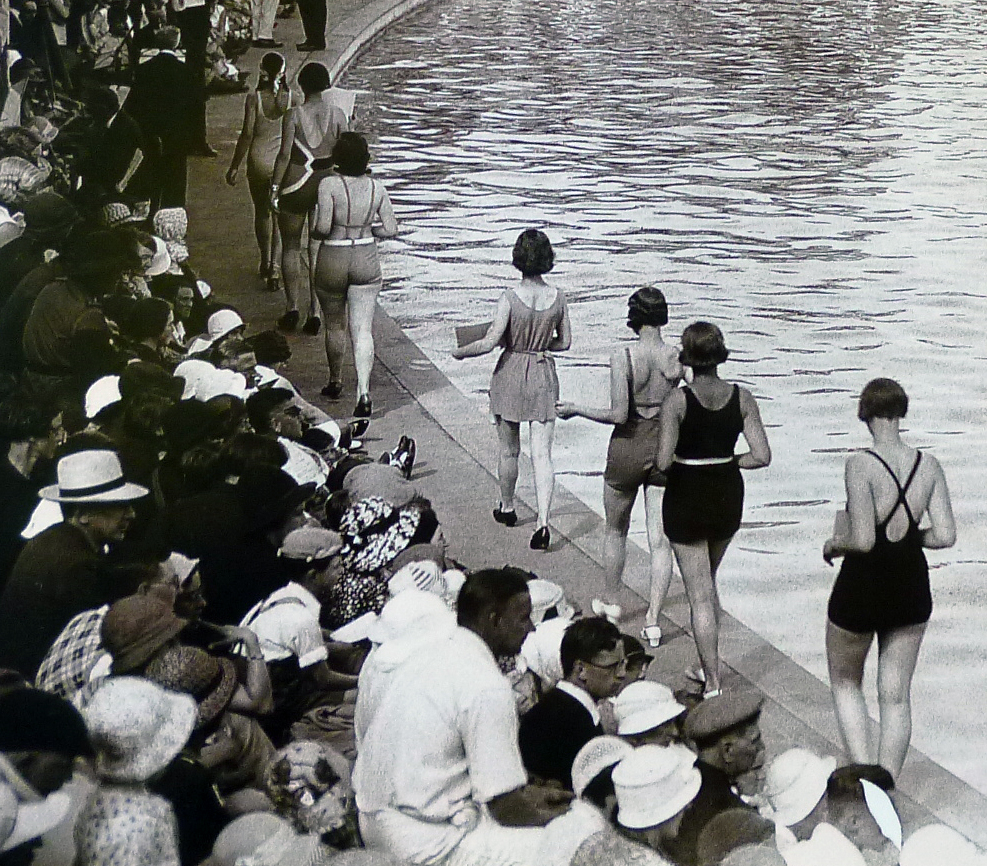