Following the submission of a planning application to convert the disused barns at Hall Farm, Over Kellet, Lancashire into dwellings, a condition was placed on the decision notice by Lancaster City Council requiring that a record of the building be made beforehand in order to provide a record of the structure and account of its development. Following the provision of a project design by Greenlane Archaeology the work on site was carried out in January 2018.

The barns are first shown on the Tithe Map of 1840, although subsequent maps show that there were a number of additions at the end of the 19th century. A datestone of 1693 with the initials TEI in one of the buildings is connected to the Eskrigg family, while another in the house of 1704 and a dated spice cupboard of 1714 are connected to the Gibsons, although this suggests that the house may have served as an inn. The farm formed part of the Hall Garth estate from the mid-18th century until the early 20th, and seems likely to have been its home farm during this period.

The building recording revealed that the earliest phase comprised a bank barn built along the slope at the west end of the main block, probably in the late 18th to early 19th century. This was then extended to the east with the addition of a slightly smaller bank barn, which is probably of similar date despite the datestone of 1693. This range was further enlarged with a block of pigsties and perhaps stables to the north of the east end, again before 1840, and further small additions were made subsequent to that. The most interesting of these was an extension off the west end of the south elevation, which may have been for a horse engine. In the late 20th century the building fell into disrepair very quickly, with the collapse of most of the roof and the demolition of the possible horse engine house.

The buildings represent a substantial and interesting group, which saw rapid development probably at the end of the 18th century and beginning of the 19th, most likely because of the connections it had to the large Hall Garth estate. This perhaps also explains the plentiful reused stone, some of high quality and some antiquity, which most likely derived from other properties held by the estate in the local area. 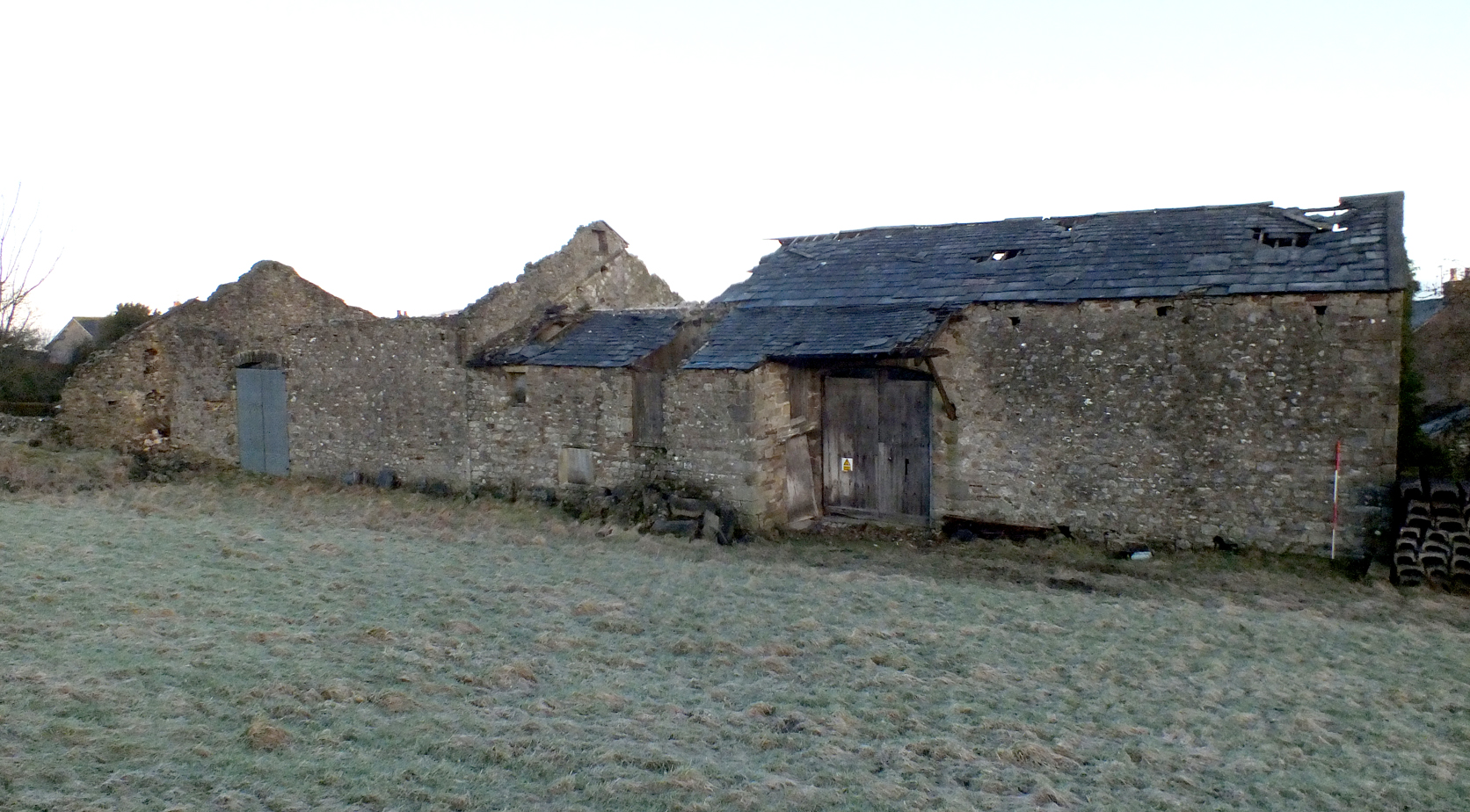