As part of a research project organised by the Lunesdale Archaeological Society to investigate a ‘native settlement’ on the east side of the Lune Valley south of the Roman fort at Low Borrowbridge near Tebay, Cumbria a programme of geophysical and aerial photogrammetry survey was carried out by Sumo Survey. To complement this Greenlane Archaeology was appointed to carry out an archaeological walkover survey in order to assess the features on the ground and aid the interpretation of the results of the geophysical and photogrammetric survey.

Historic map regression showed that the field boundaries within the survey area had been in place by the time of the tithe map in 1841, and had stayed essentially unchanged ever since, with the exception of the plantation of new woodland along the eastern side of the southernmost field in the mid-19th century.

The RCHME had surveyed the ‘native settlement’ site in 1993, including associated elements. The walkover survey re-examined the remains, and identified an additional four sites within the area – a culvert, a possible structure, a mound, and a quarry, all in the southern end of the survey area.

The proposed archaeological excavation of parts of the settlement site would provide a rare opportunity to examine a site of this type, made potentially more interesting by the possibility of it having multiple phases of development. This report recommends areas to target within the complex.

The walkover survey revealed that the original RCHME survey had not covered the north-west side of the site in sufficient detail, in part because it was considerably wetter, but it had also been disturbed by attempts at drainage at that time. Earthworks thought to perhaps represent the outer enclosure of the settlement in this area were observed during the walkover survey; further, more detailed, survey would definitely be beneficial in this area. 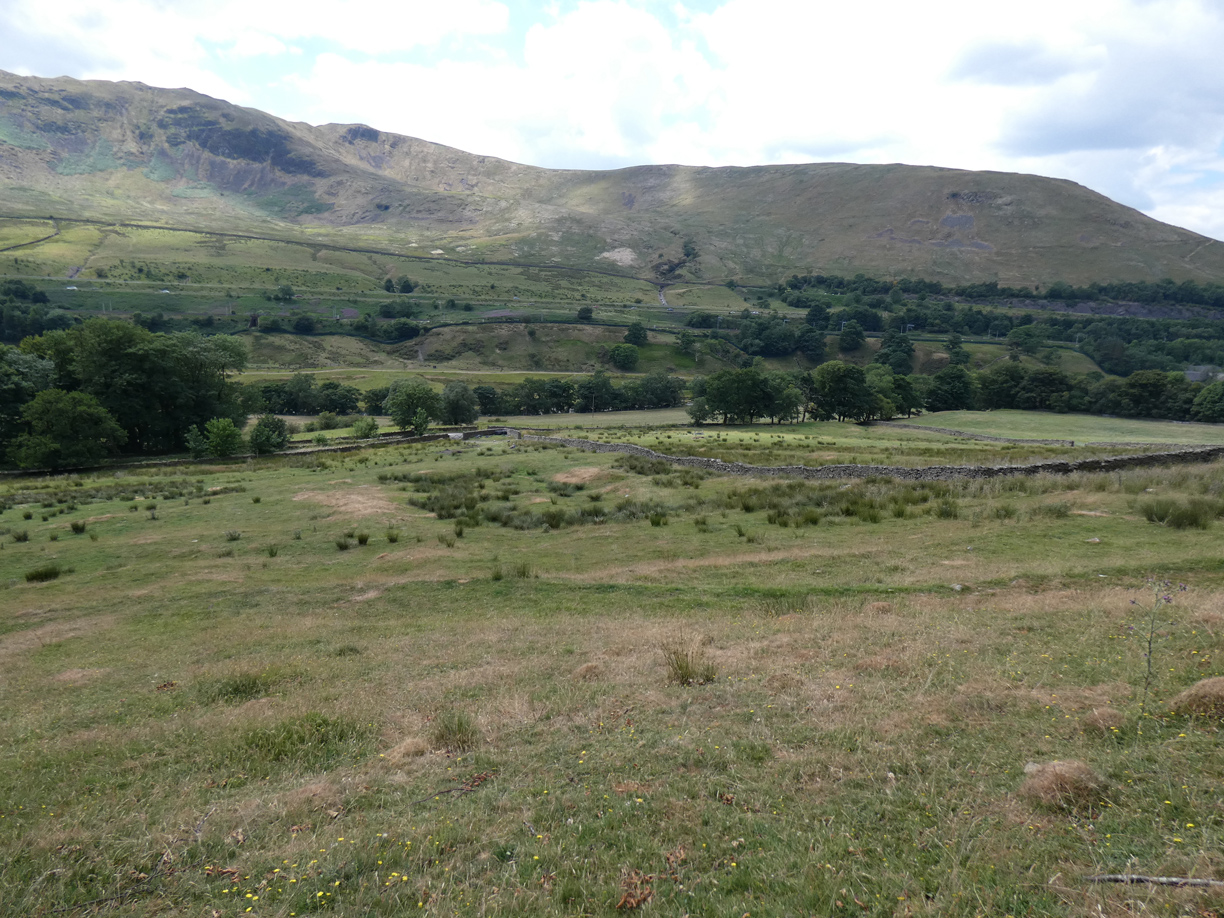 General view of the settlement 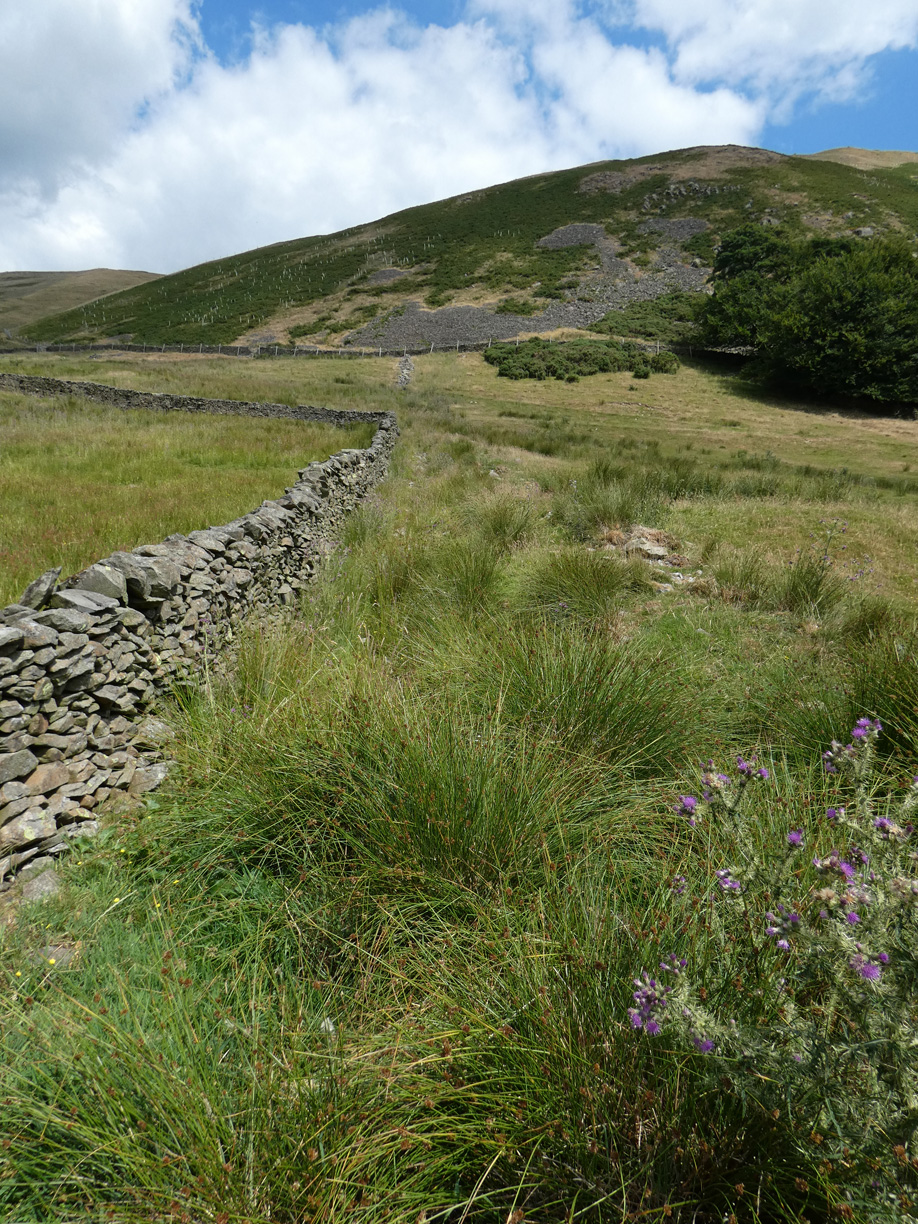