Greenlane Archaeology carried out an archaeological watching brief on groundworks associated with the installation of a new ‘trench arch’ drainage system at Holy Trinity Church, Millom in June 2020. Holy Trinity Church is located on a low hill to the north of the centre of Millom. It is recorded in documentary sources from the 12th century and elements of the existing building are considered to be medieval, and there is evidence for an earlier church on the site in the form of fragments of carved stone cross, which were found in the 1930s. The church is immediately adjacent to Millom Castle, which is recorded from the early 14th century when a licence to crenellate was granted to the Huddlestons. There is also evidence for earlier activity on the same site, including a hoard of Roman coins found within the grounds of the castle.

The groundworks comprised the excavation of two trenches running from the west end of the church into the graveyard after cutting across a tarmac footpath. In both cases a thick layer of topsoil containing loose human bone and various artefacts was encountered. In the northernmost trench this was partially disturbed by a deposit of brick and other building material, which appeared to be the remains of an inspection chamber, and a lightning conductor attached to copper rods driven into the ground also ran the length of the trench. The finds were of probable or definite post-medieval date, and included several iron nails, some pottery and glass, and two silver sixpences of the 1880s. No earlier finds or features were encountered, although in situ burials were revealed at the base of excavation in the northernmost trench. 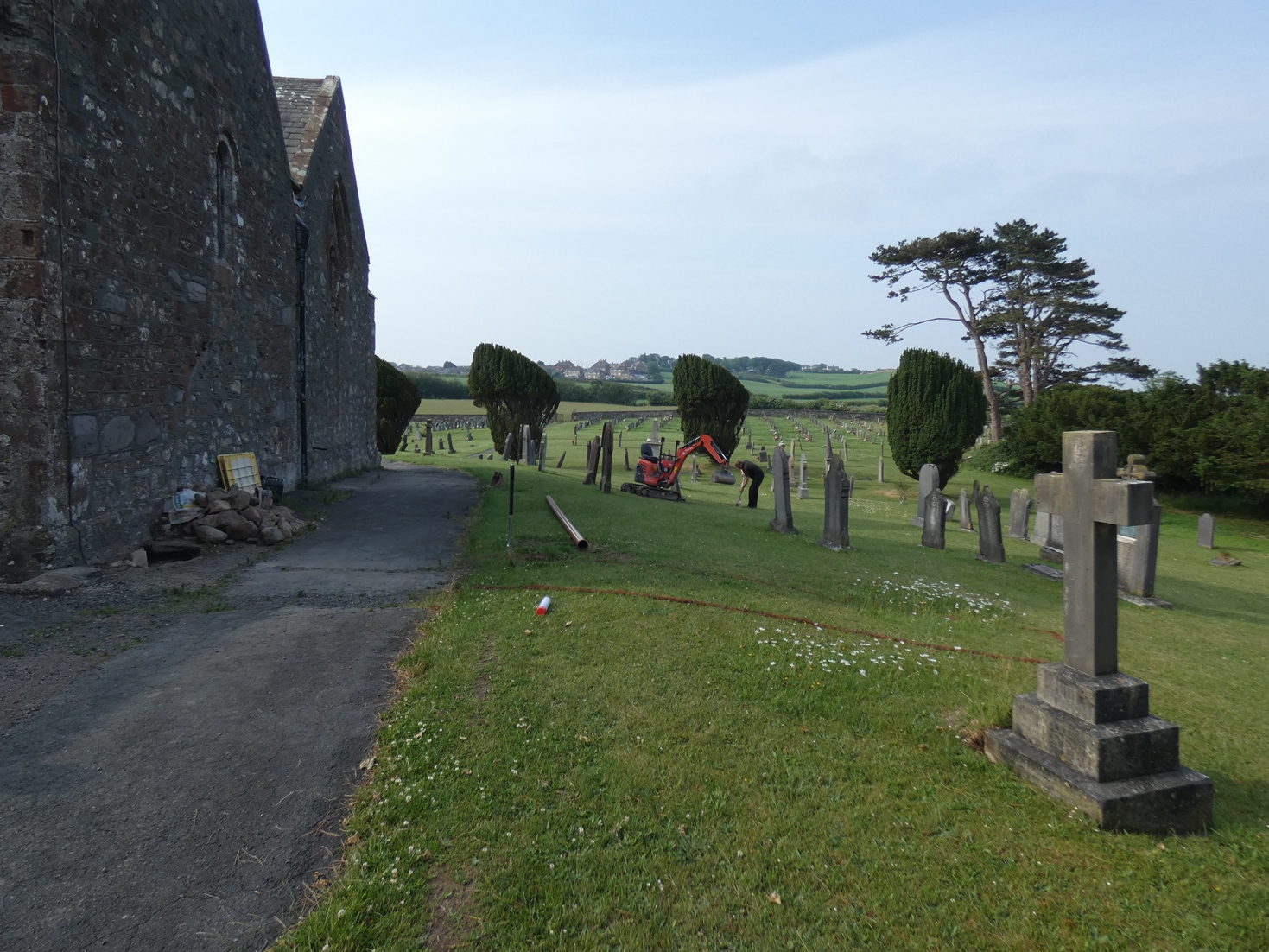