Prior to the application for Listed Building consent to renovate the Grade II* Listed former farmhouse at Slackwood Farm, Silverdale, Lancashire, an archaeological recording of the structure was requested by the Planning Officer at Lancashire County Council, Doug Moir. This work was carried out by Greenlane Archaeology in February 2011. The former farmhouse at Slackwood is thought to be a very early (late 17th century) example of a double-pile yeoman farmer’s or statesman’s house.

There is relatively little detailed documentary evidence regarding the origins and early history of the farmhouse and the earliest maps of the site show considerable discrepancy, making interpretation and phasing of the site difficult. Slack-wood is mentioned as early as 1632, however, later documentary sources suggest that an earlier farmstead on the site was replaced in the early 18th century and it seems likely that the extant farmhouse originates from this rebuilding.

The farmhouse was thought to comprise an unusually early example of a double pile plan house of late 17th century date, but it is likely, based on the evidence in the documentary sources, that it was actually constructed in the early 18th century, although material from an earlier building, such as the numerous mullion windows could have been re-used. Evidence for extensive early modification to the house is not plentiful, although it is possible that a row of large windows in the south elevation were a later addition, something that should be revealed following the removal of the external render. Outshuts to the west and north-west of the farmhouse appear to be later and probably date from the late 19th or 20th century. Various other minor alterations were also carried out internally to the farmhouse during the mid to late 20th century. 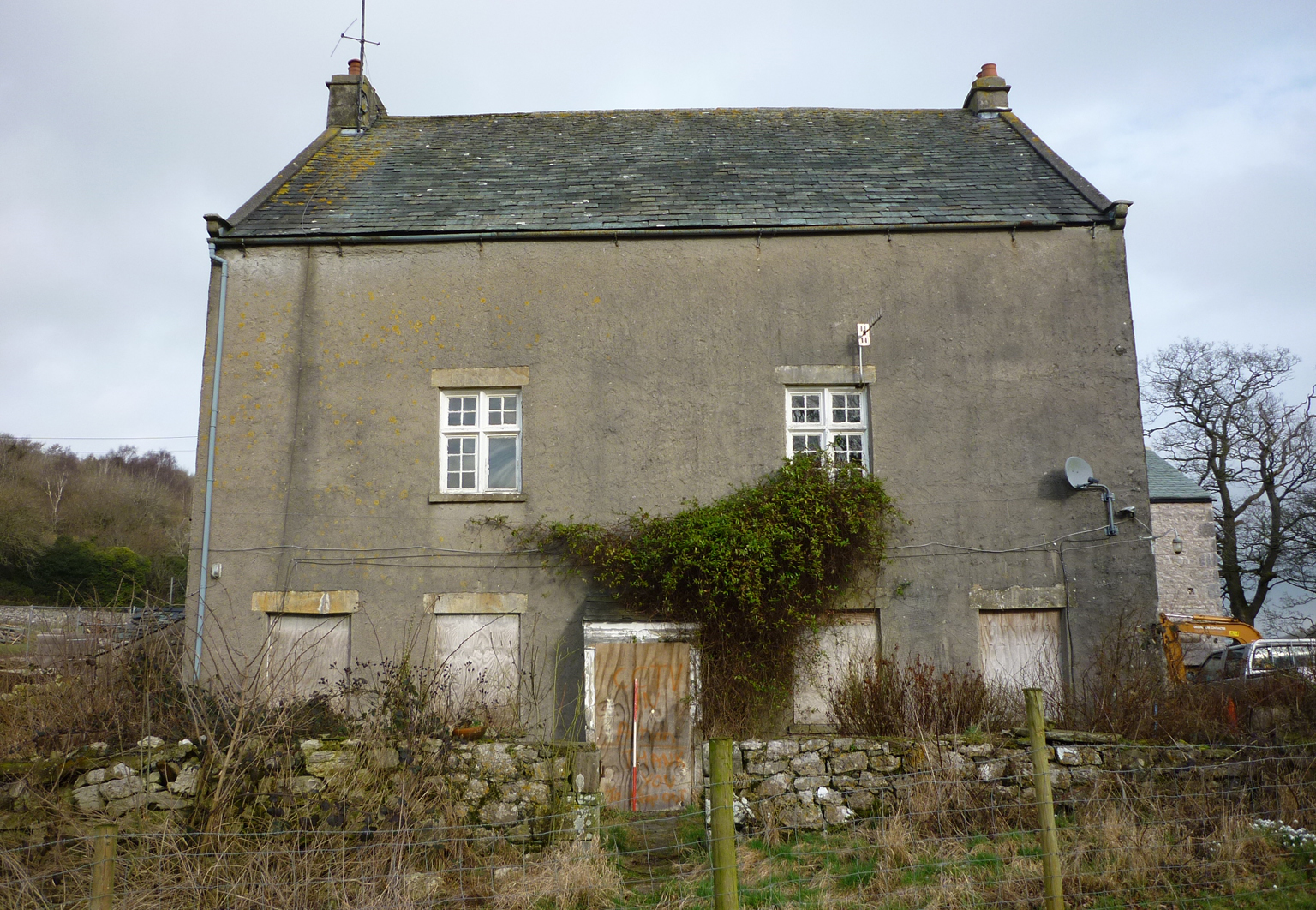