Following the submission of an application for Scheduled Monument Consent for the installation of new interpretation panels at Kendal Castle, Kendal, Cumbria, which would involve the excavation of five pits for new posts, a condition was placed requiring an archaeological watching brief. Greenlane Archaeology was appointed by Kendal Town Council to carry out the work.

The origins of Kendal Castle are uncertain but it most likely originated in the late 12th century, replacing an earlier motte to the west. It was the property of the Barons of Kendal, passing through various owners, and with numerous modifications, until falling out of use as early as the late 15th century.

The two new signs that were placed within the castle (Area 1 and Area 2) required two parallel rectangular pits, while the sign outside the castle (Area 3) required one long rectangular pit. The depth of excavation was 0.60m in all of the areas and all the pits were hand excavated. Areas 1 and 2 comprised made ground consisting of stone and mortar rubble directly beneath the turf. Area 3 comprised a sandy clay deposit directly beneath the turf. The only finds recovered comprised post-medieval pottery in Area 1. No significant archaeological features or deposits were encountered during the course of the watching brief, although it confirmed that layers of demolition rubble are present in these areas and that in situ deposits might still exist beneath these. 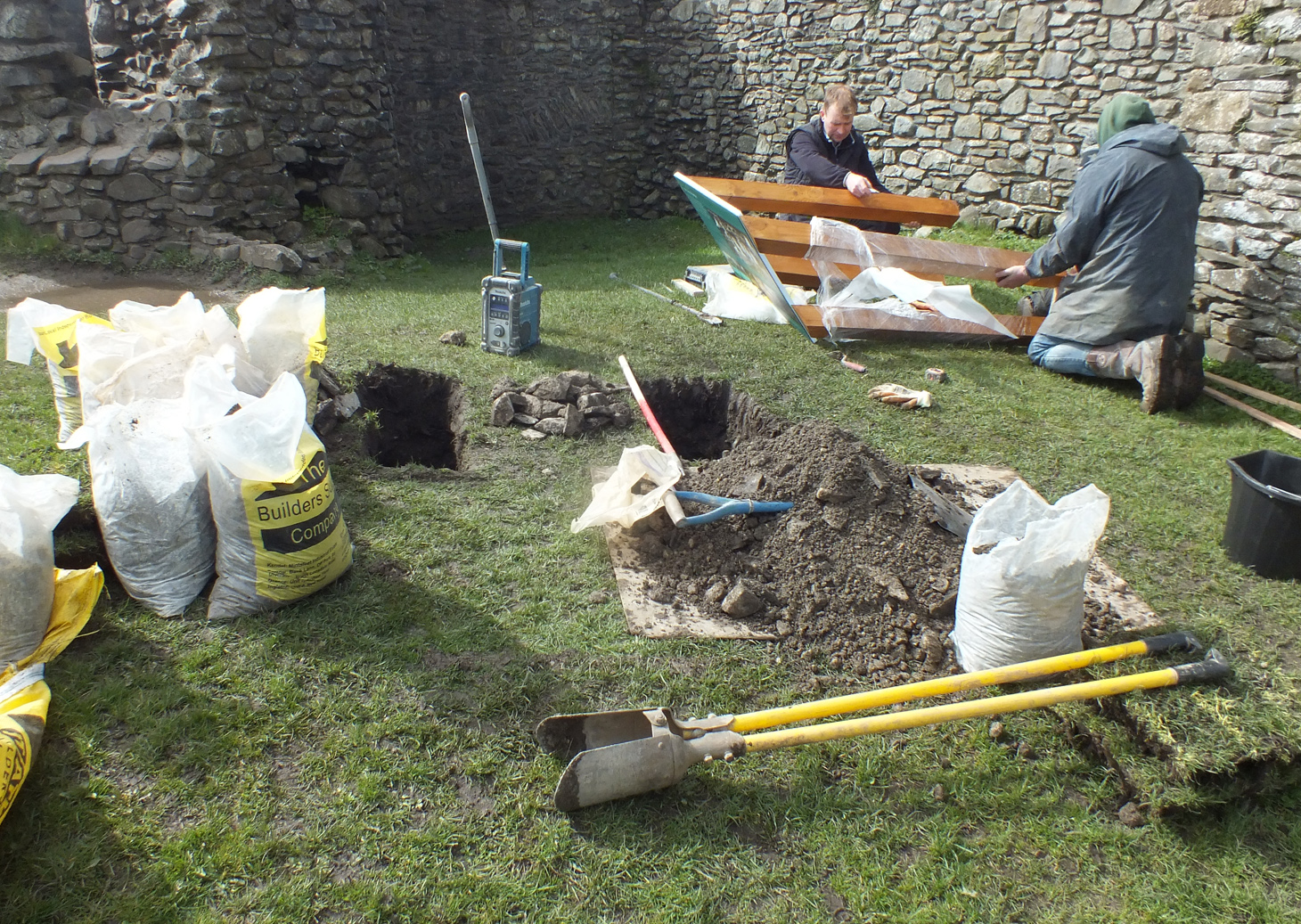