A Level 2 archaeological building recording was carried out prior to the submission of a Listed Building Consent application for modifications to the upper floors of the Kings Arms, Cartmel. The building is Listed Grade II.

The building recording revealed that the earliest phase of the building comprises a double-pile plan house, which is likely to be of early 18th century date based on a comparison with similar structures and the form of some of the decorative features. These include an ovolo-moulded and stop-chamfered beam on the ground floor, a built-in cupboard on the first, and the style of the roof trusses and details within one of the beams. As such the Kings Arms represents an interesting example of double-pile plan house, which, along with other local examples, suggests that buildings of this type are slightly earlier than previously thought. The building was subsequently extended to the east and south, probably in the late 18th or early 19th century, at which time it may have been converted from a private dwelling to a public house.

There are remarkably few early historical sources in which the Kings Arms can be identified but a public house of that name is certainly recorded by the middle of the 19th century and the earliest available maps show that it occupied much of its present footprint by that time. Later alterations were also carried out during the 19th century, apparently including the section projecting over the River Eea to the east, and a number of proposed alterations were made and carried out between 1909 and 1939, mainly connected to the sanitary arrangements. Some later 20th century alterations have evidently caused considerable damage to the original fabric and led to the loss of many more minor features such as doors and window casements.

The full report is available on the Archaeology Data Service website: https://archaeologydataservice.ac.uk/archiveDS/archiveDownload?t=arch-700-1/dissemination/pdf/greenlan1-133676_1.pdf 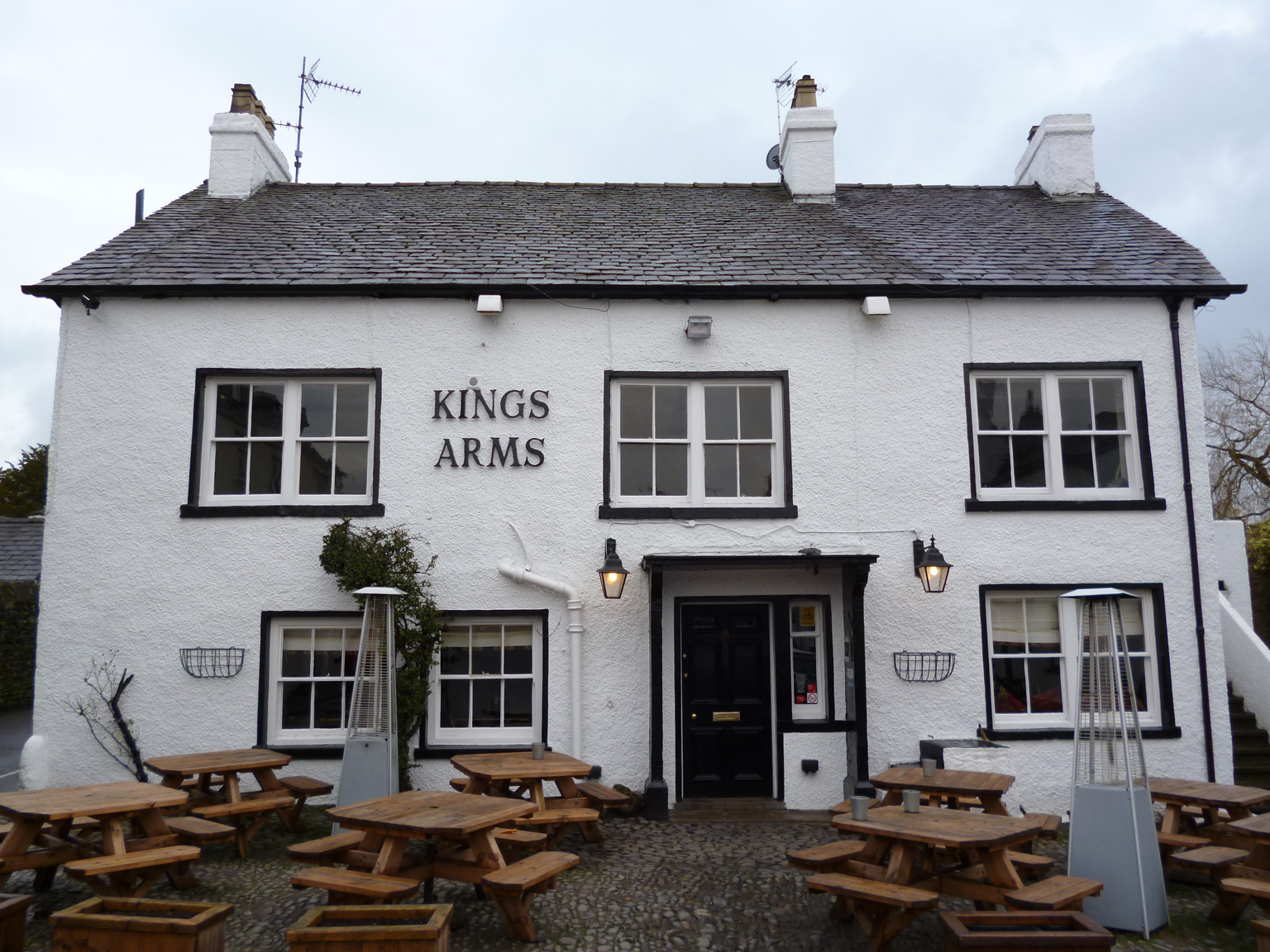