Prior to the submission of a Listed Building Consent application for modifications to the upper floors of the Kings Arms, Cartmel, Cumbria, the Conservation Officer at South Lakeland District Council recommended an archaeological building recording be carried out. The building is Listed Grade II, and it was considered necessary to better understand its historical development and significance in order to inform any future application. Following the provision of a project design by Greenlane Archaeology the work on site was carried out in March 2012. After a change in ownership and anticipated new alterations to the building – initially replacing the roof and repairs, but expected to be followed by an application for internal alterations to the upper floors, Greenlane Archaeology was requested to re-issue the original report.

There are remarkably few early historical sources in which the Kings Arms can be identified, but a public house of that name is certainly recorded by the middle of the 19th century. The Listed Building details suggest that it is 18th century in origin, and the earliest available maps show that it was certainly in existence by the mid-19th century, by which time it occupied much of its present footprint. By the middle of the 19th century, it appears to have been extended even further to the east and south, and a considerable number of internal alterations, largely relating to the sanitary arrangements, were proposed and carried out between 1909 and 1939.

The building recording revealed that the earliest phase of the building comprises a double-pile plan house, which is likely to be of early 18th century date based on a comparison with similar structures and the form of some of the decorative features. These include an ovolo-moulded and stop-chamfered beam on the ground floor, a built-in cupboard on the first, and the style of the roof trusses and details within one of the beams. The building was subsequently extended to the rear (east) and south, probably in the late 18th or early 19th century, at which time it may have been converted from a private dwelling to a public house. Later alterations were also carried out during the 19th century, apparently including the section projecting over the River Eea to the east, and a number of proposed alterations were made between 1909 and 1939, mainly connected to the sanitary arrangements, although not all of these were necessarily carried out. Some later 20th century alterations were also carried out, although there is little documentary evidence relating to these, including further removal of original fabric, although this probably started to take place from the early 20th century onwards.

The Kings Arms represents an interesting example of a double-pile plan house, which, along with other local examples, suggests that buildings of this type are slightly earlier than previously thought. While there are relatively few original features surviving, those that do are relatively substantial. However, later alterations, particularly those carried out in the 20th century, have evidently caused considerable damage to the original fabric, and led to the loss of many more minor features such as doors and window casements. 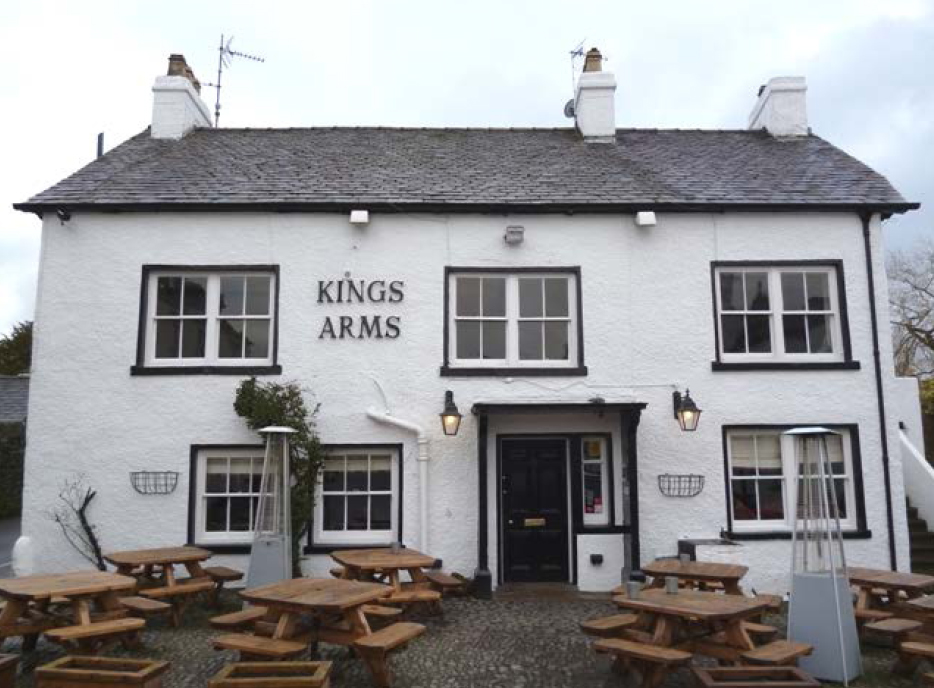