Following the submission of a planning application for the construction of a carpark and access road at Kirkby Stephen Cricket Club, Hartley Road, Kirkby Stephen a condition was placed requiring the archaeological recording of an affected section of wall that forms part of an historic mill leat and that an archaeological watching brief be carried out on the associated groundworks.

There is evidence for human activity in the area around Kirkby Stephen from the prehistoric period onwards but the most pertinent aspect of the site’s history is the mill that is fed by the mill leat and was known as Low Mill. This is thought likely to be the same as a mill recorded from at least the 14th century during Scottish raids on the area and was part of the estates belonging to Hartley Castle. It is recorded in the post-medieval period and by the 19th century mapping shows the mill leat as it is today.

The initial phase of archaeological work involved recording the extant mill leat, which comprised an earth bank revetted along the north-west side by a drystone wall. Elements of a probable sluice gate were also present to the south-west, immediately before the former mill building, now converted for residential use. This was followed by a watching brief where the mill leat was to be cut through to form the new access road. This revealed that this section had already been demolished and then reconstructed, the revetted wall rebuilt on a concrete foundation. Finds recovered from the reconstructed bank revealed that this could not have been before 1989, which fits with anecdotal evidence that it was carried out due to the installation of a sewage pipe c30 years ago.

Although the results of the watching brief did not provide any additional evidence about the origin and development of the mill leat, and by extension about the mill, it did recover a chert thumbnail scraper of Neolithic or Bronze Age date, demonstrating the sort of background evidence for human activity at that time in the wider area. The project did, however, provide an opportunity to record the mill leat in more detail. 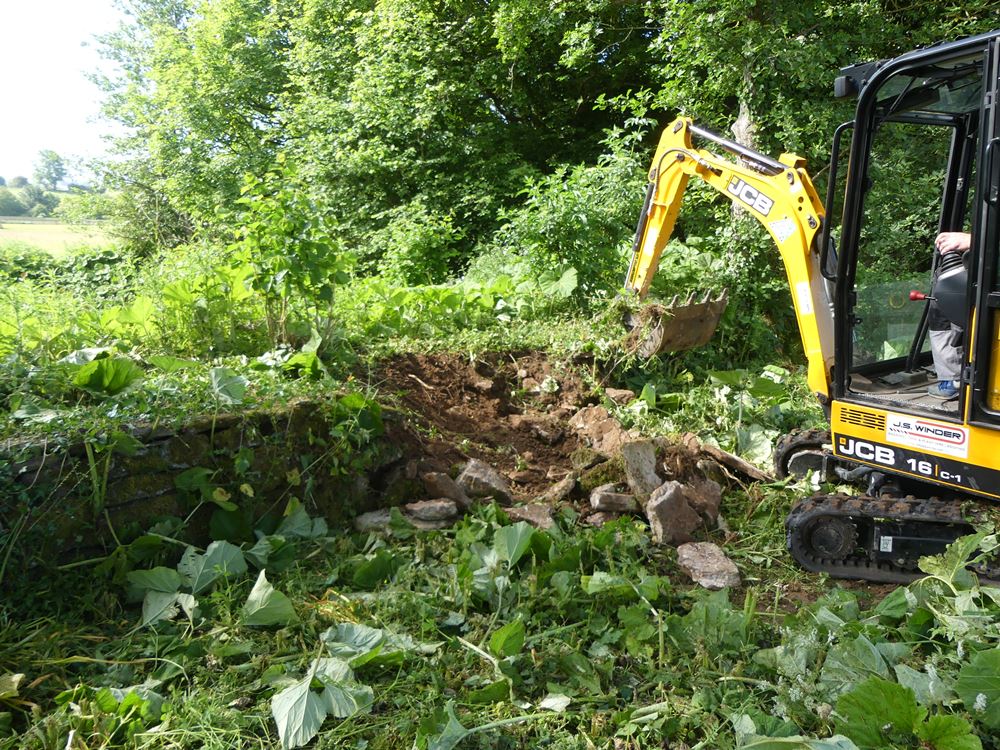