Following submission of a planning application for the construction of four dwellings on land adjacent to Bankfoot Farm, Newton Reigny, Penrith, Cumbria Greenlane Archaeology was commissioned to carry out an archaeological evaluation of the site, preceded by a rapid desk-based assessment.

The site is at the north end of the medieval village and maps of the area show that although the site originally comprised two fields these have since been merged into one and it has remained largely unchanged and undeveloped since the mid-19th century. Lidar imagery showed features of possible archaeological interest within the site boundary comprising a number of earthworks perhaps representing boundaries, terraces or building platforms, which were specifically targeted by the evaluation trenches.

The evaluation comprised the excavation of three trenches and was undertaken by Greenlane Archaeology in November 2018. The same sequence of shallow deposits comprising topsoil, subsoil, and natural was encountered in each trench, with finds recovered primarily from the topsoil mainly comprising post-medieval pottery. No features of archaeological interest were encountered although a bank of subsoil containing boulders was found corresponding with one of the earthworks, and it is considered likely that they are all anthropogenic in origin. Dating the earthworks is, however, difficult due to the lack of stratified finds but they are considered likely to be the remains of cultivation terraces and so could date from the late prehistoric period onwards. They are unlikely to be later than the medieval period as they do not correspond to any features shown on the available mapping from the early 19th century onwards. 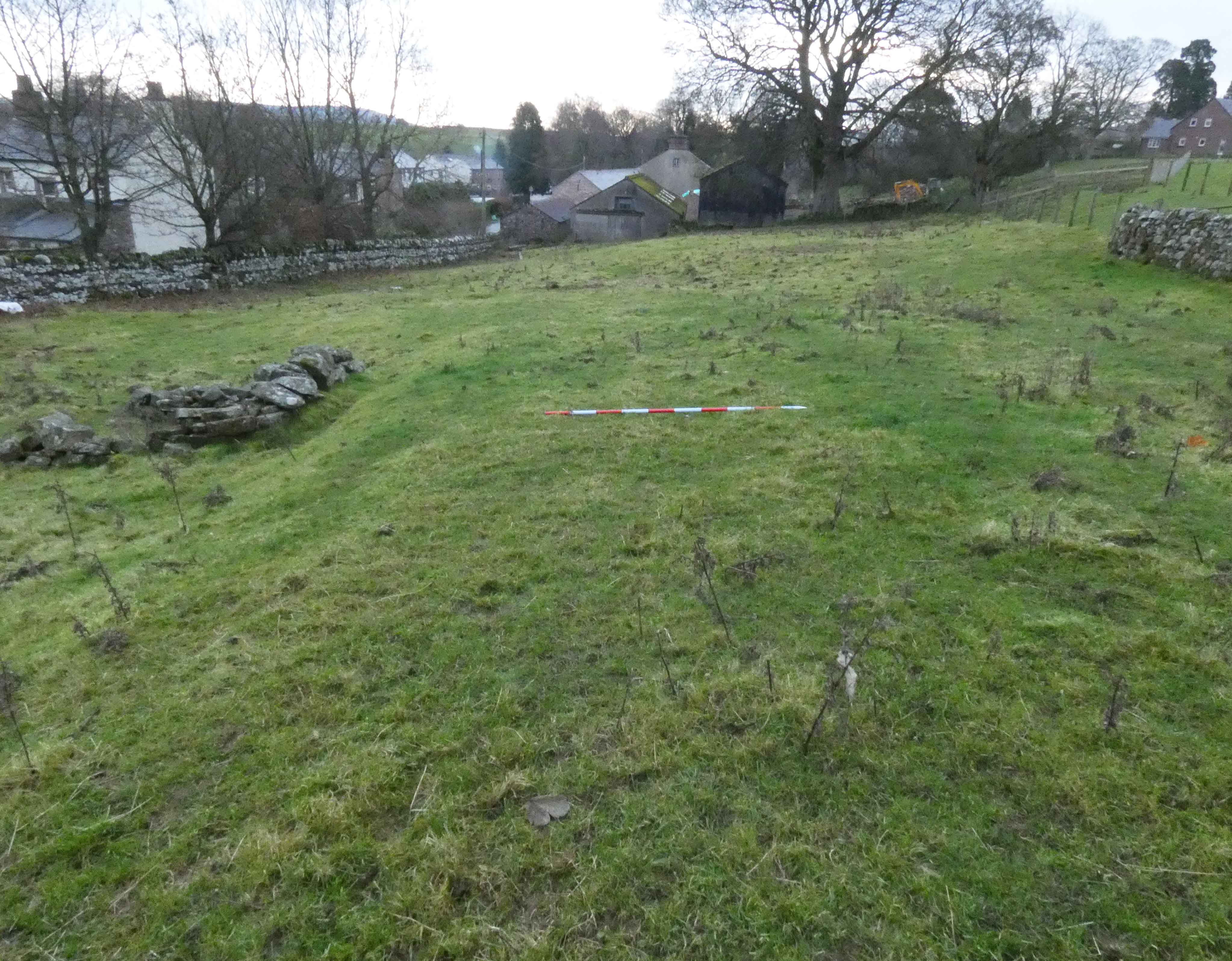