Greenlane Archaeology was commissioned to carry out an archaeological evaluation on land at McIver Lane, (Wanlass Howe), Ambleside, to determine the nature and survival of any archaeological remains at the site. The evaluation involved completion of a desk-based assessment and a site visit.

The site is close to the Roman fort and vicus at Waterhead and prehistoric remains are also known from the general area. However, previous archaeological work at the site, which included the excavation of two evaluation trenches within the proposed development area in advance of a proposed road scheme, revealed nothing of archaeological interest and it was decided (in agreement with the Historic Environment Service at the Lake District National Park) to reduce the extent of the evaluation by approximately half.

Two evaluation trenches were excavated, one targeting the position of a field boundary shown on the early mapping and both targeting earthworks evident during the site visit. In the event no features or deposits of archaeological interest were encountered. The westernmost earthwork appeared to be the result of outcropping bedrock present below the soil, while the easternmost was represented only by a deeper deposit of subsoil, and presumably therefore produced as a result of ploughing. Finds were only recovered from the topsoil, the majority of which were post-medieval although a single piece of late medieval pottery was also found.

The evaluation demonstrates that, although close to the Roman vicus and fort, there is no evidence for any related activity within the proposed development area. It is likely that this is in part due to the local topography, with the site being on a raised area of outcropping bedrock relative to the lower ground around it.

The full report is available on the Archaeology Data Service website: https://archaeologydataservice.ac.uk/archiveDS/archiveDownload?t=arch-700-1/dissemination/pdf/greenlan1-133242_1.pdf 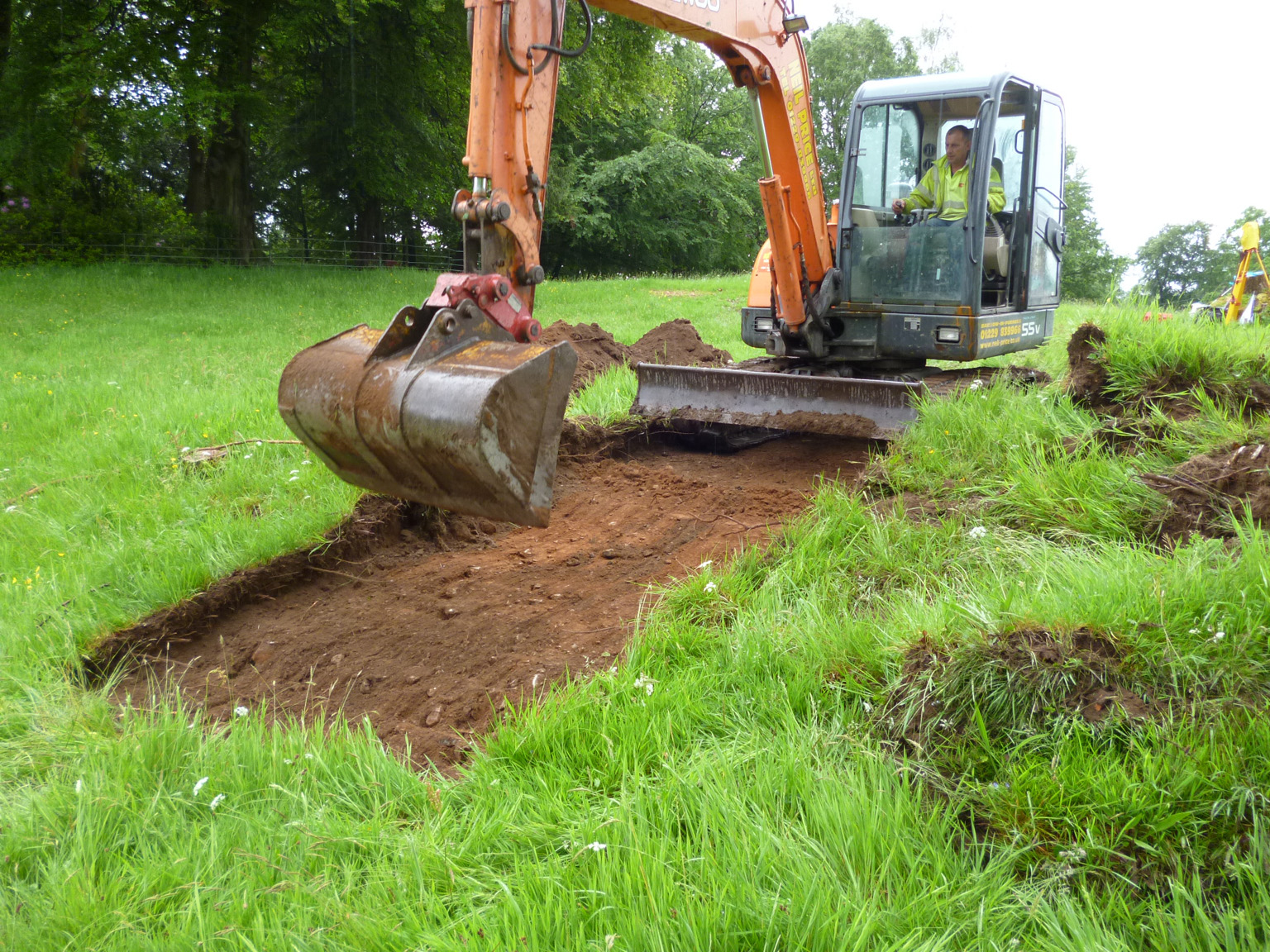