Greenlane Archaeology was commissioned by the National Trust to carry out an historic landscape survey and archaeological condition assessment of their estate at Sandscale Haws, Barrow-in-Furness, Cumbria. This was in order to better inform the understanding of the archaeology of the landscape and provide future monitoring and management recommendations and comprised an initial desk-based assessment followed by a Level 1 walk-over survey. The desk-based and site work were carried out between March and May 2018.

The investigation comprised an initial programme of desk-based assessment, looking primarily at early maps, other primary sources, and relevant secondary accounts, particularly those relating to previous archaeological discoveries in the area, as well as information held in the Historic Environment Records held by the National Trust and Cumbria County Council. This revealed a total of 45 sites of archaeological interest within the survey area, ranging from prehistoric flint scatters to WWII military structures. Map and other documentary evidence provided additional information about development of some of these sites as well as identifying another, a firing range, shown on late 19th and early 20th century mapping.

The subsequent Level 1 survey revealed a total of 10 new sites of archaeological interest within the survey area, although in some cases these were revised locations for sites that were already recorded, and in addition 20 of the known sites were also examined, it was not possible to locate 19 of the others, and six comprised find spots or other sites where no remains are now present. The Level 1 survey also allowed an assessment of the significance and condition of those remains that were present to be carried out. This revealed that although in many cases the fact that the site could not be located or comprised a find spot meant there was little that could be said about this, most were of relatively low significance and in a stable condition. A few were, however, in more immediate danger of rapid degradation or comprised remains considered to be of higher significance.

The results of the project have allowed a range of management recommendations to be made. In those cases where remains are not now present or could not be located, this would only be applicable if they were found or if other relevant remains were revealed, and in many other cases uncertainty about the nature of the remains or the immediate threat of substantial loss of fabric, particularly due to coastal change, means that the primary requirement would be further archaeological investigation in order to better understand the nature of the resource. In a few cases protection in the form of better fencing to prevent erosion by animals would be beneficial as well as regular monitoring. 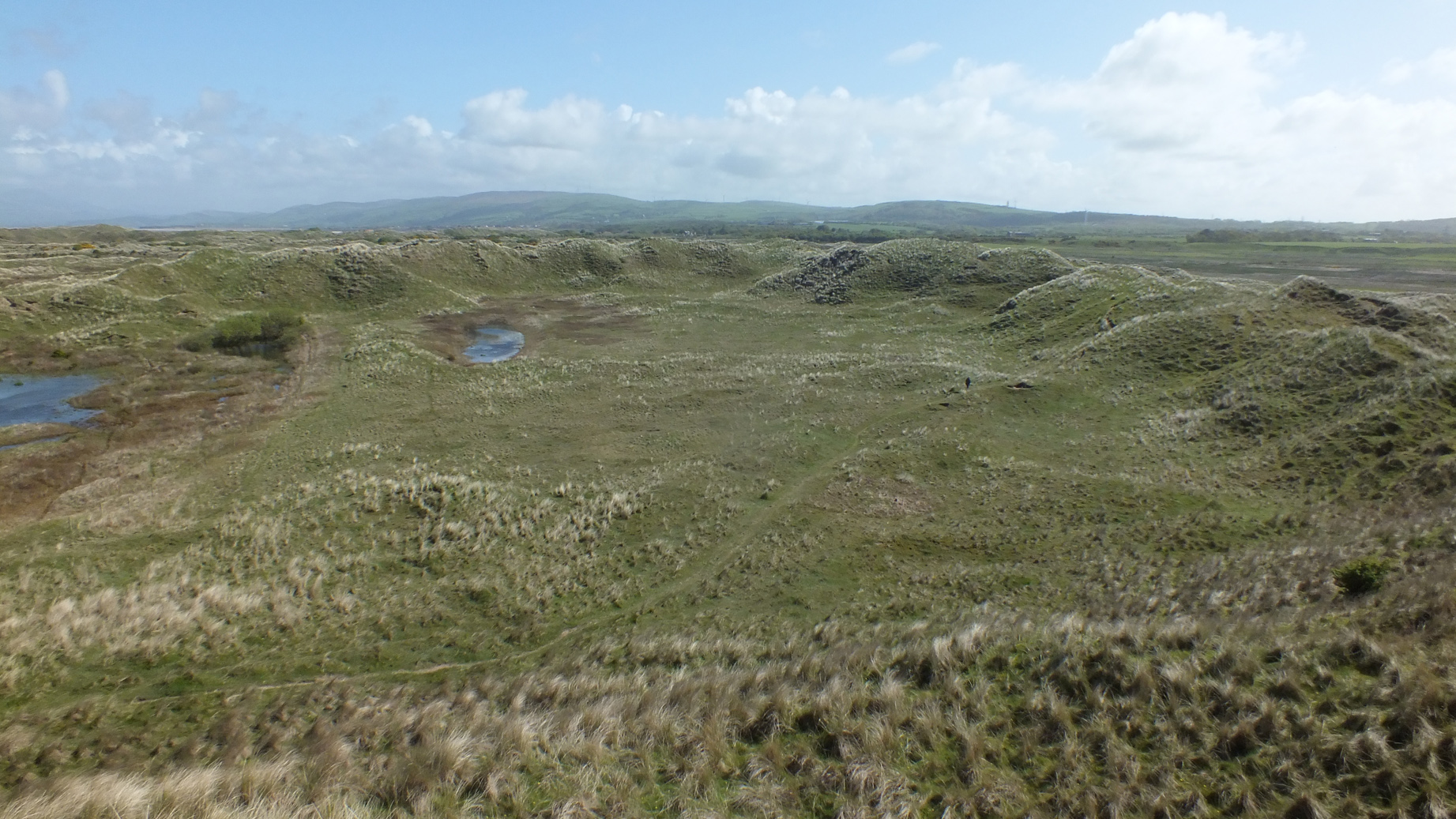 In amongst the dunes
© 2015 Greenlane Archaeology Ltd