Following submission of a planning application to build three dwellings on land at Sun Croft, Ireby, Cumbria, a condition was placed requiring a programme of archaeological work. The site is on the south-east side of the village of Ireby, which has at least medieval origins, although the place-name suggests potential Norse occupation. Examination of the available mapping for the area revealed that the site had been open field(s) since at least 1844. Greenlane Archaeology excavated three trial trenches to assess the archaeological potential of the site in May 2014.

The evaluation encountered the same sequence of deposits in each trench: a thin layer of topsoil overlay the subsoil, which in turn overlay the geological (natural) layer. No features were observed in either Trench 1 or Trench 2 but a small oval-shaped pit was revealed in Trench 3. Unfortunately, no finds were recovered from the fill of the pit, although small fragments of pottery, pieces of chert, a flake of flint and magnetic material, including possible ironworking waste, were recovered from a sample taken from the fill. Most of the finds recovered from elsewhere on site were post-medieval in date, dating from the 17th to 20th century, but some earlier ceramic material was also recovered, which potentially dates from the 12th to 14th century. However, the site is of limited archaeological potential.

The full report is available on the Archaeology Data Service website: https://archaeologydataservice.ac.uk/archiveDS/archiveDownload?t=arch-700-1/dissemination/pdf/greenlan1-183750_1.pdf 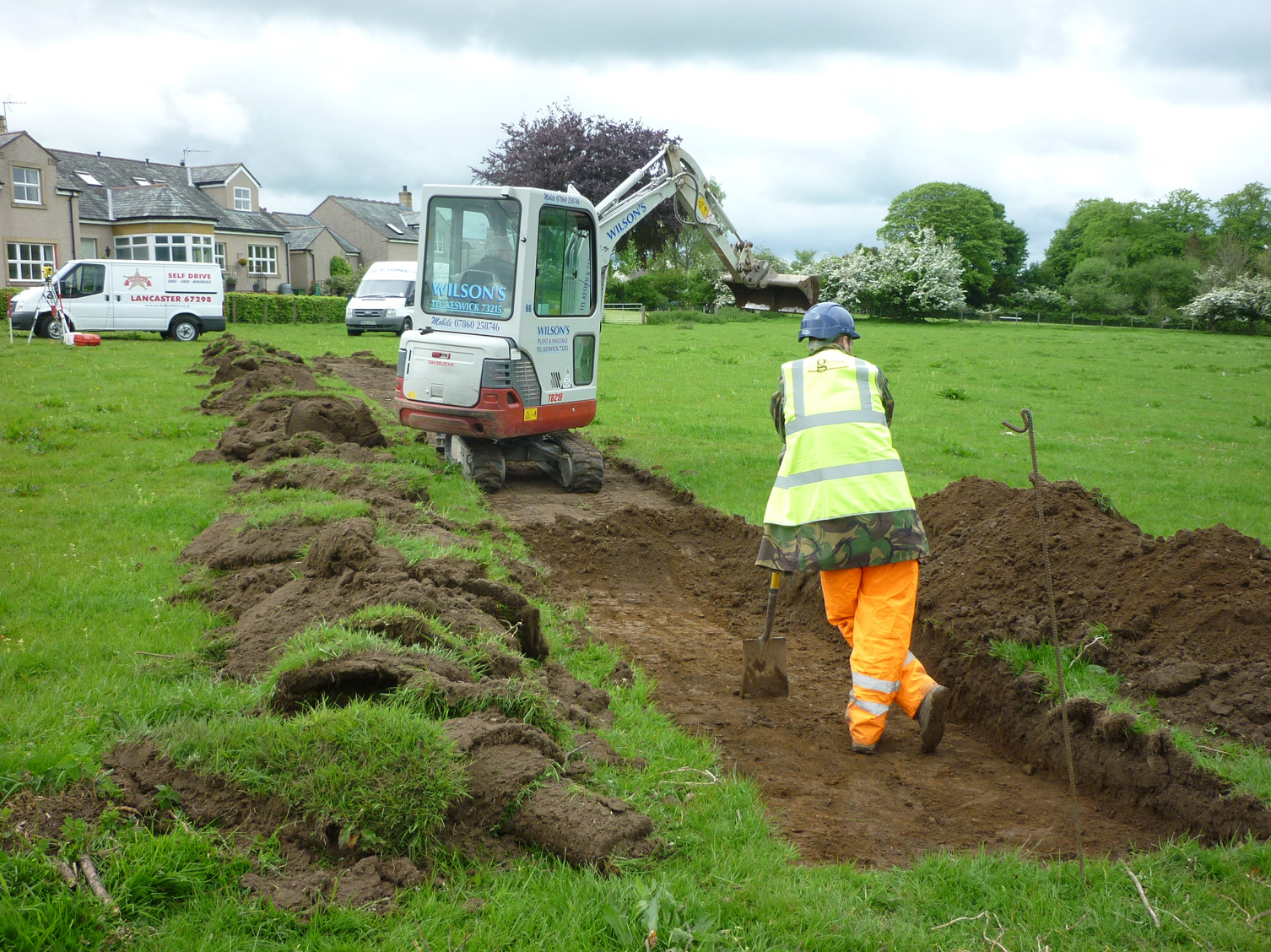