Land at the Coot, Great Urswick

Following the submission of a planning application for the construction of a residential development on land at The Coot, Great Urswick, Cumbria, Greenlane Archaeology was commissioned to carry out a programme of archaeological evaluation trenching on the site. This followed on from an archaeological desk-based assessment for a larger area including Bankfield Hall and associated land. Two evaluation trenches were excavated as part of this work by Greenlane Archaeology on 19th February 2015, with a further two planned to be excavated once the buildings comprising the Coot had been demolished, however, prior to the submission of a revised and smaller scheme for a single dwelling on the site, in 2017, it was agreed that a report be produced detailing the results of the earlier phase of evaluation in order to inform the new application.

The proposed development site is near the centre of the village of Great Urswick, which has at least medieval origins, although there is evidence for prehistoric activity of various periods from the end of the Late Upper Palaeolithic onwards in the area. A former public house, The Coot was originally part of a larger farm known as Cross House. There have been buildings on the site since at least the middle of the 19th century, some of which were evidently retained and used as part of The Coot, but the site was otherwise largely open land, although a pond is shown on part of it in the 19th century and a water course ran across the southern end.

The evaluation revealed that in both trenches, below the tarmac surface and gravel bedding of the extant car park, were layers of dumped material. Unfortunately, the trenches were subject to flooding during the evaluation so it was not possible to examine all of these in detail. In Trench 4 the dumped deposits included large amounts of material such as bottles and pottery of 19th and early 20th century date, suggesting that the area had been used as a domestic refuse dump. It is conceivable that the apparently natural clay deposits at the base of each trench were also actually dumped material as there is thought to be a marl bench present around the edge of the tarn, but it was not possible to ascertain this during the evaluation. 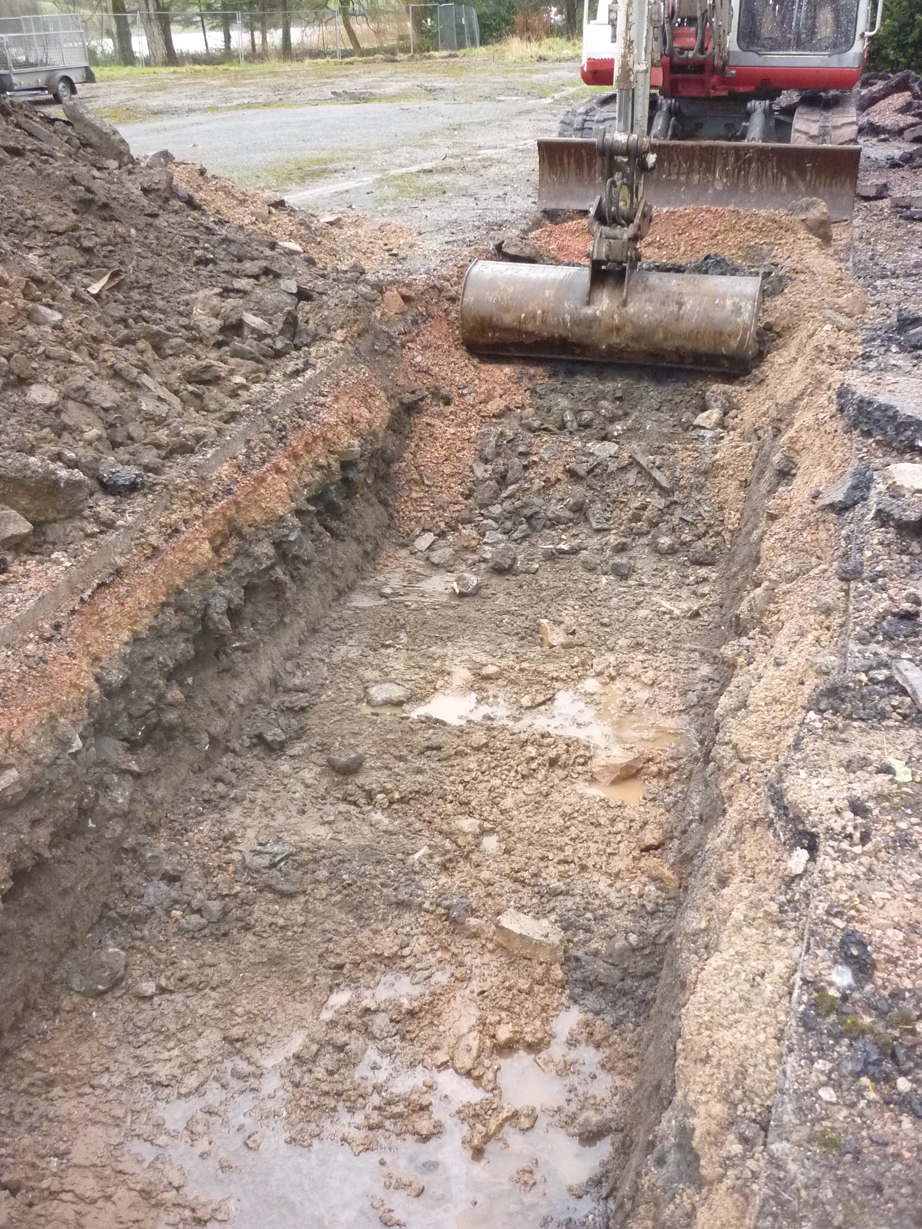