Following the submission of a planning application for the construction of a housing development on land at White Ox Farm, Penrith, Cumbria a request was made for an archaeological desk-based assessment and geophysical survey. The project was carried out in November 2019. The desk-based assessment, including site visit, was undertaken by Greenlane Archaeology and the geophysical survey was carried out by Phase Site Investigations, working as subcontractors on behalf of Greenlane Archaeology.

The site, on the northern outskirts of the town, was originally very rural, comprising open fields, but has been gradually encroached upon by the expansion of the town. The structures that now make up part of White Ox Farm originally only comprised two small buildings, one of which the site visit revealed was a Gothic folly. Aerial photographic evidence shows a range of features in the area, some of which cross through the proposed development area, including a cropmark of uncertain (but potentially late prehistoric) date, while recent archaeological work nearby has examined a number of fields, with the most significant discovery comprising a well-preserved section of the Roman road heading north from Penrith.

The site visit identified few constraints to further archaeological work and only limited disturbance within the site itself, although there is an overhead electricity cable running across the west edge of the site. The geophysical survey revealed numerous linear anomalies including ones corresponding with the cropmark feature. These could be of archaeological interest and, although the nature and date of these features is uncertain, this could only be determined through further archaeological investigation. 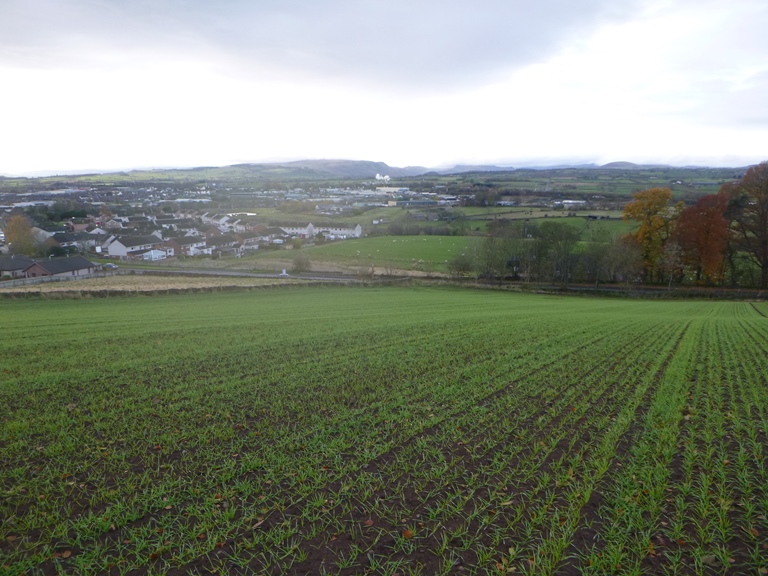