Following the submission of a planning application for the construction of a residential development on land between Fern Bank and East View, Reagill, Penrith, Cumbria, Greenlane Archaeology was commissioned to carry out an archaeological evaluation of the site, preceded by a rapid desk-based assessment.

The site occupies part of a field to the west side of the hamlet of Reagill and early maps of the area show that it has remained largely unchanged since the mid-19th century. However, lidar imagery shows several features of possible archaeological interest within the site boundary comprising possible platforms and boundaries. These and some boundaries and other features shown on the early maps were specifically targeted during the evaluation, which comprised excavation of seven linear trial trenches each 20m long. The fieldwork was undertaken by Greenlane Archaeology in January 2019.

Across the site a shallow layer of topsoil was revealed above the clay natural. Below the topsoil, on the south side of the site, redeposited material was revealed, some of which clearly formed the earthworks in this area. This was cut by stone field drains and there were also more modern drains in this area. Elsewhere deposits were found to be very shallow and a shallow ditch, clearly of post-medieval date and corresponding with a feature connecting to a trough against the eastern field boundary, was revealed in one trench and a possible track towards the north side. A trench crossing the bank along the west side of the site was revealed to form the edge of a finer, more improved soil.

Despite the lack of dating evidence for the remains that were discovered it is apparent that several phases of activity could be identified, some of which are of local significance. The first related to the field system of which the bank along the west side forms part, which, although difficult to date, is similar to other field systems in the area thought to date from the late prehistoric period onwards. The redeposited material on the southern side of the site is thought likely to have derived from the coal mines to the west and was probably placed in this field in order to improve access from the mines to the road. Later features, including the drains and a track, relate to subsequent attempts to improve the land from the 19th century onwards. 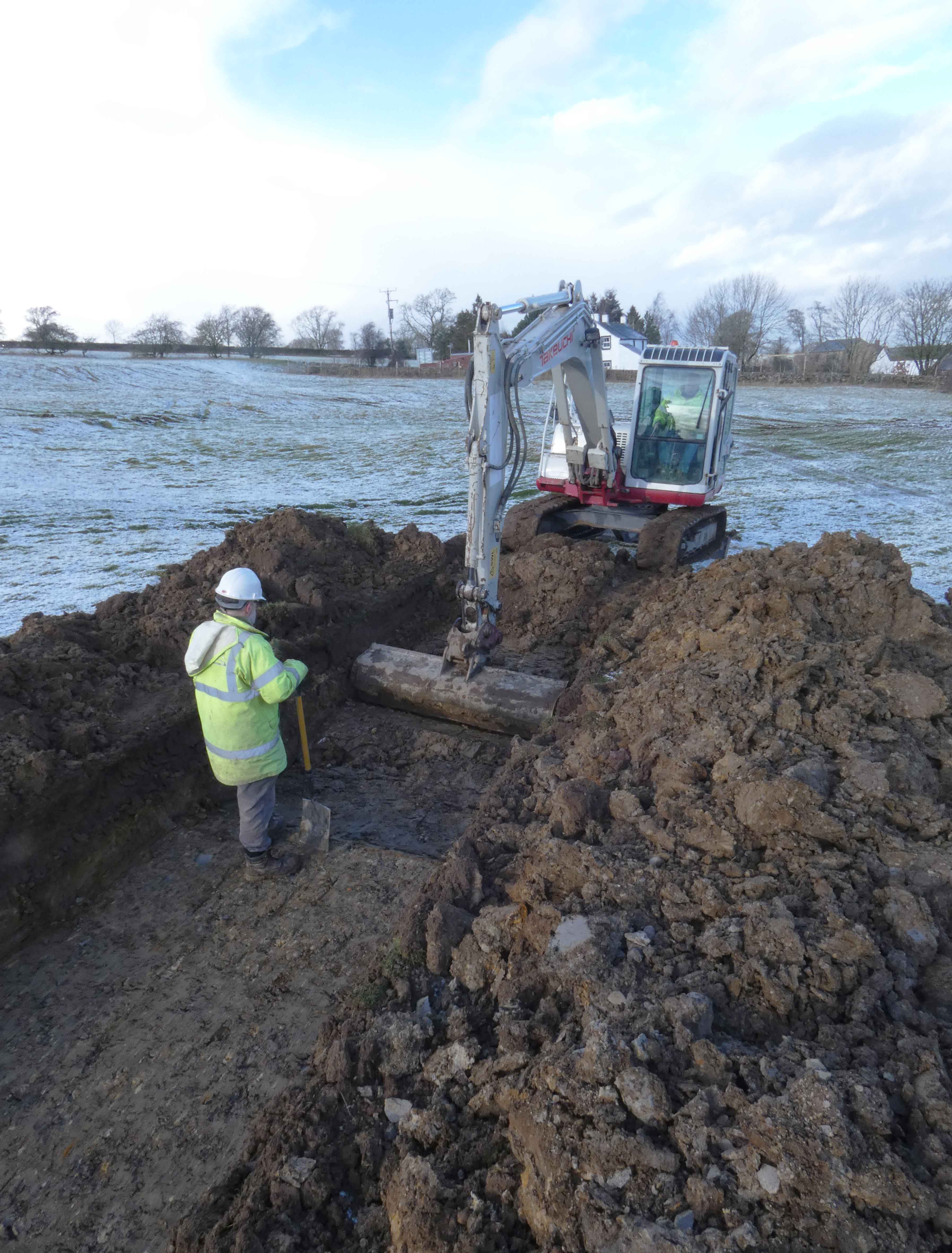