Following the submission of a planning application for the construction of a residential development on land off Curwen Road, Workington, a condition (No. 13) was placed on the consent requiring a programme of archaeological work. A previous archaeological desk-based assessment revealed that the site largely saw development during the post-medieval period, initially in relation to wharfing associated with the coal trade, but latterly as an area of housing. A targeted evaluation was carried out by Greenlane Archaeology Ltd, however, demolition of the buildings that used to stand on site left little trace of any structures. A cobbled surface found in Trench 2 is of interest as it appears to predate the late 19th century remains; it is possible that this represents a yard used as part of the coal wharf or that it is in fact the line of the wagon way shown on the earlier maps. 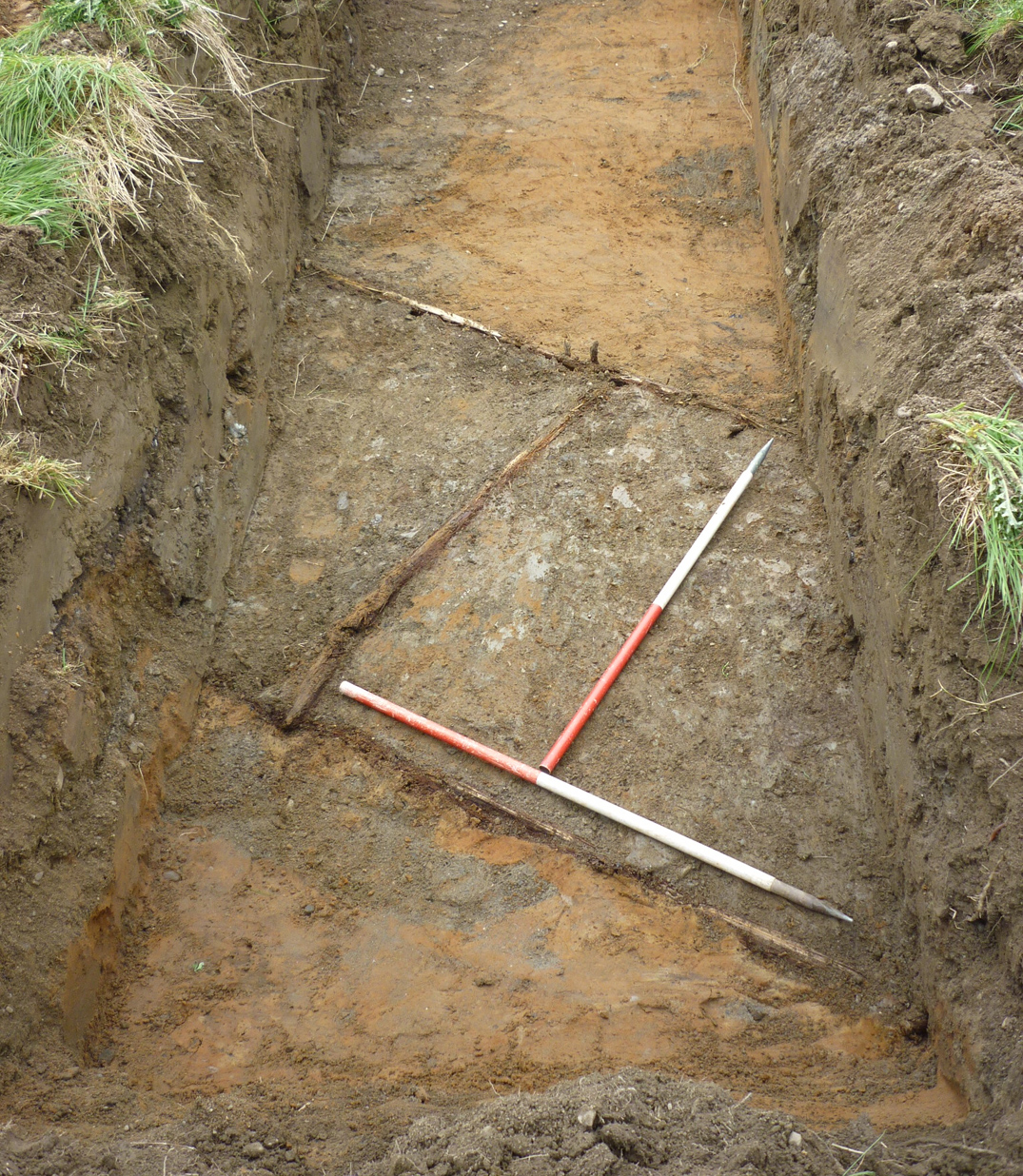