Following the submission of a planning application for the construction of a residential development on land off London Road, Lindal, Cumbria, Greenlane Archaeology was commissioned to carry out an archaeological evaluation. This followed an earlier archaeological desk-based assessment and geophysical survey, which revealed a number of anomalies across the site, at least some of which may have related to iron mining, something that was potentially confirmed in one area during the excavation of test pits, which revealed a collapse. For safety reasons this part of the site was avoided during the archaeological evaluation, but a number of other anomalies were targeted.

The previous desk-based assessment revealed that while the wider area has archaeological remains dating from the end of the last Ice Age onwards, the area around Lindal became dominated by iron mining during the post-medieval period. No sites of archaeological interest were previously recorded within the proposed development area, but an old mine shaft was recorded on early maps in the late 19th century. The anomalies revealed by the geophysical survey, while of uncertain origin, were thought to be of some archaeological potential.

The evaluation comprised six trenches targeting various geophysical anomalies. It revealed that, where any physical evidence relating to the anomalies was discovered, this was caused by changes in the local geology. In most areas no features of any type were revealed and only a handful of finds were recovered from the topsoil in some of the trenches, all of which were post-medieval in date and probably result from rubbish disposal. A single piece of ironworking slag was also recovered, which may have derived from the bloomery process and so is perhaps medieval, or earlier, in date, but this one fragment cannot be taken as indicating that iron smelting was being carried out nearby.

The site therefore has limited archaeological potential, although the nature of the row of anomalies revealed in the geophysical survey, which corresponded in part with an area of collapse, remains uncertain. Further archaeological investigation of this would be very difficult to carry out safely and these features may, in any case, result from natural causes such as hollows in the underlying limestone bedrock. 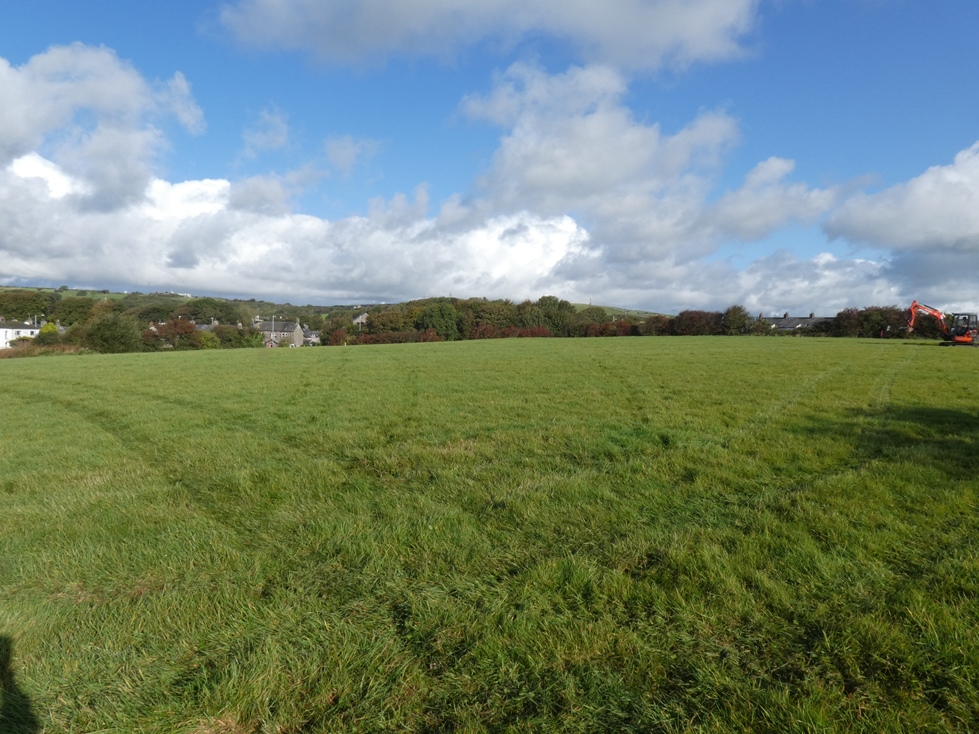