Following geophysical survey and the excavation of eight targeted evaluation trenches on land off Meadowlands Avenue, Barrow-in-Furness it was decided that two larger areas, Areas A (10m by 10m) and B (40m by 10m), were to be stripped and recorded and that four further evaluation trenches were to target features revealed during the evaluation. Four more small pits or postholes were revealed in Area A, but it was not possible to determine their date with any certainty. The two linear features revealed during the evaluation inside Area B related to different phases of post-medieval land drainage. The larger one was a stone culvert which reused elements from Furness Abbey. These cut across a north/south ditch, which was probably a medieval field boundary, the line of which was revealed in the extra evaluation trenches. Four other small isolated pits were also found in Area B, but these were undated. 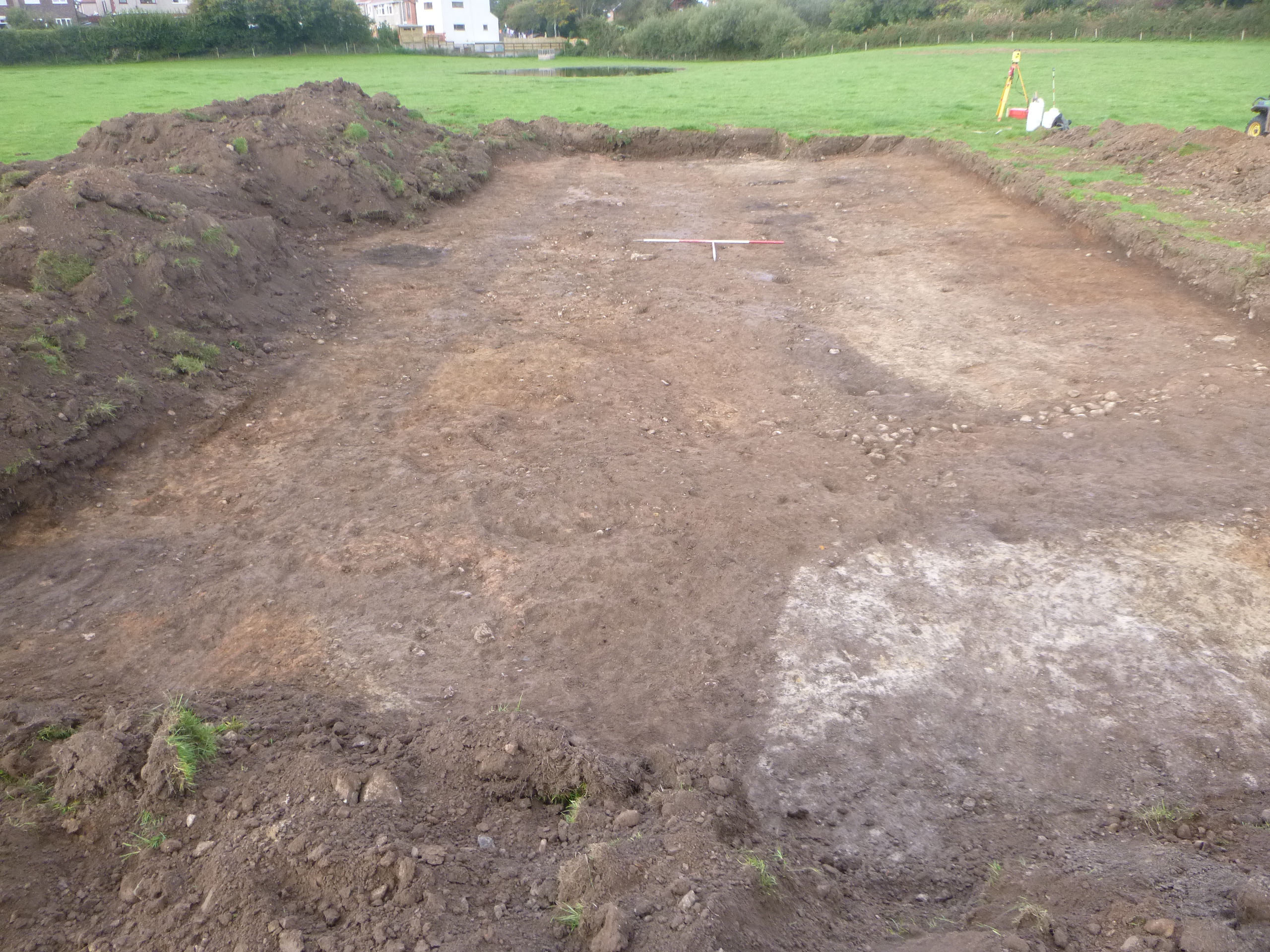 Open area of excavation after trowel-cleaning 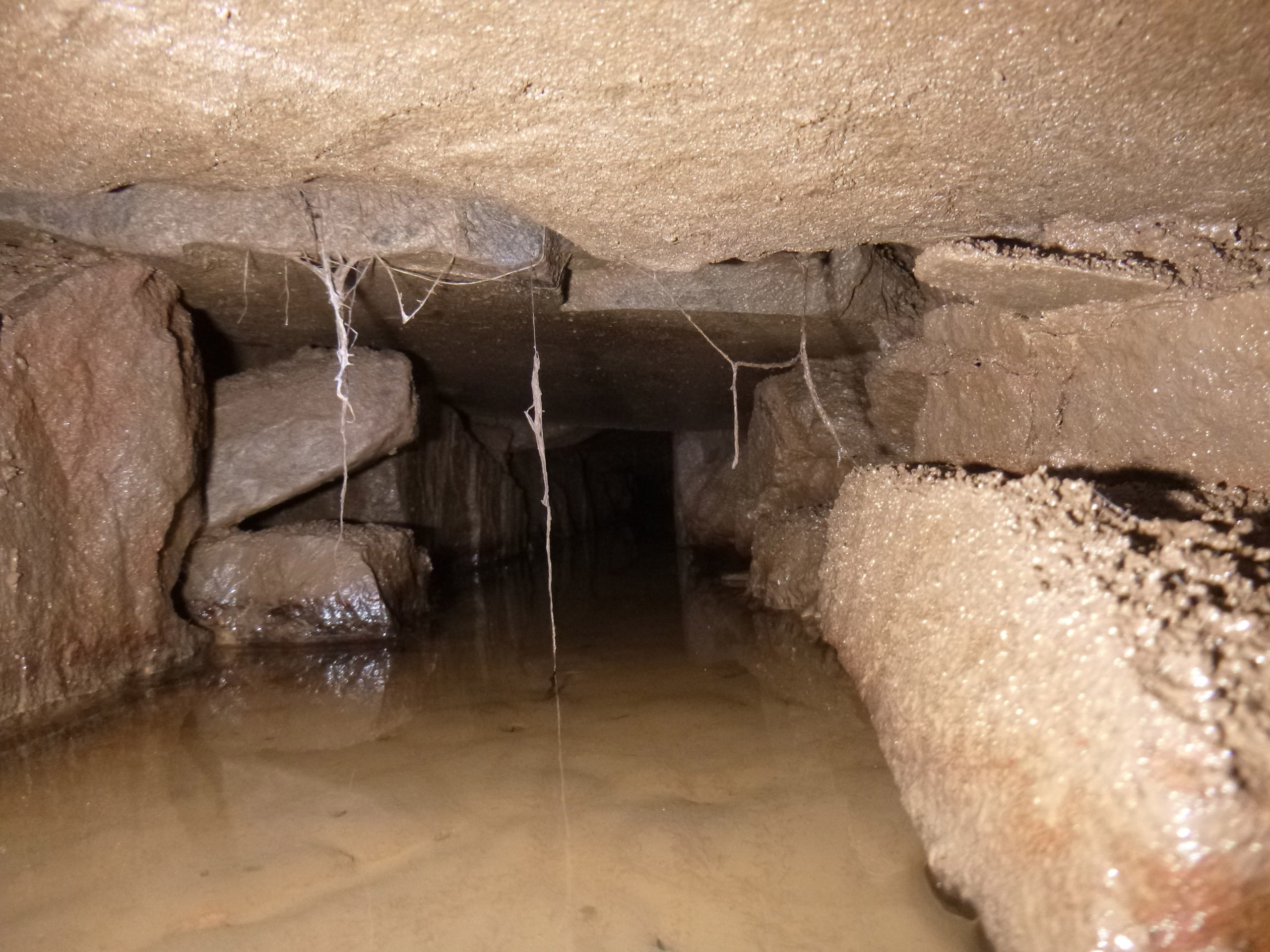 Inside the stone culvert 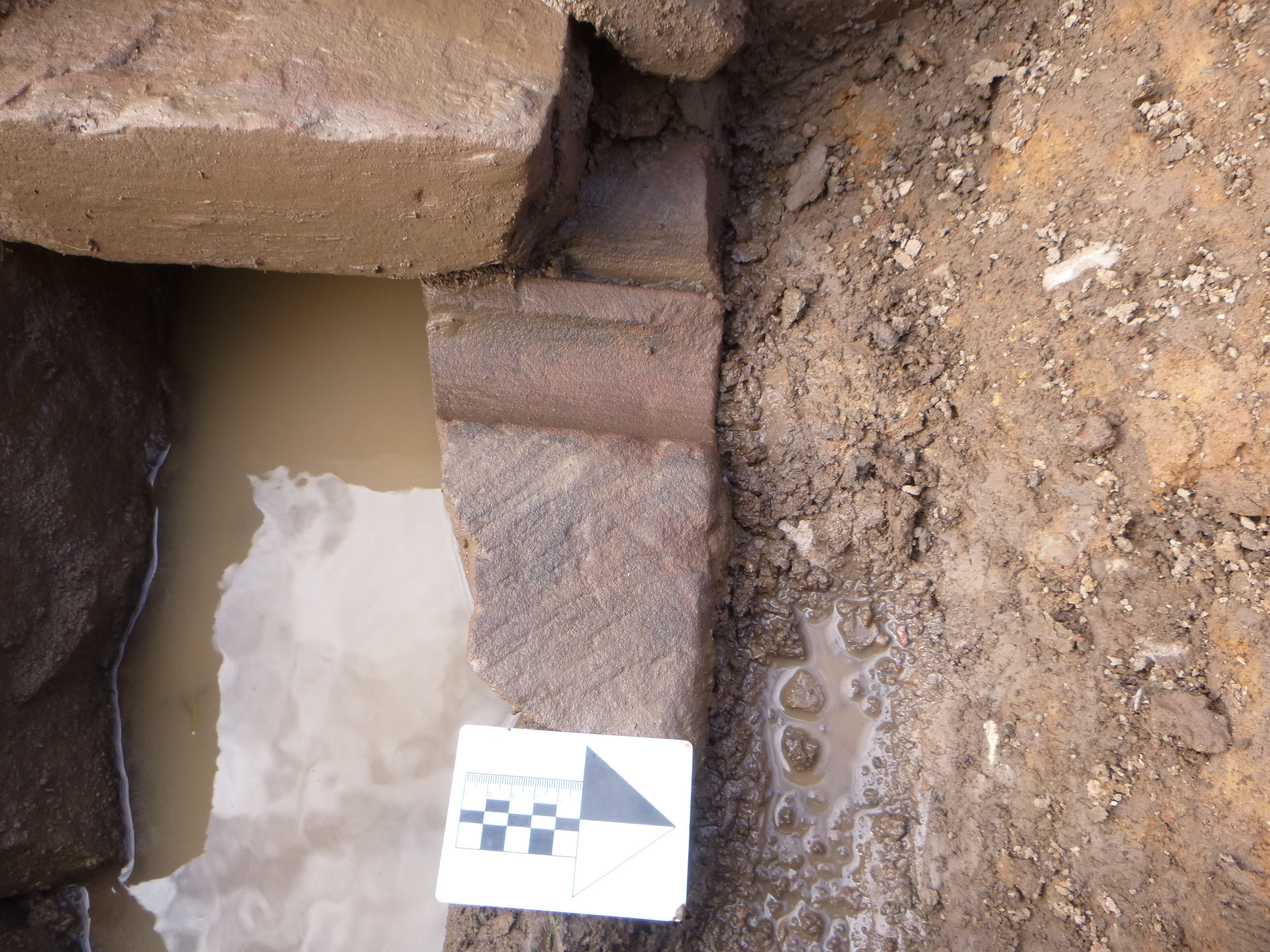