Following a pre-application enquiry regarding a proposed residential development on land off South Road, Kirkby Stephen, Cumbria, Greenlane Archaeology was commissioned to carry out a heritage assessment of the site for inclusion with the eventual planning application and an archaeological geophysical survey, which was carried out concurrently and is presented in a separate report.

The 3.36 hectare site lies midway along South Road (the A685) in Kirkby Stephen. Information contained in the Historic Environment Record revealed 20 sites of archaeological interest within a study area of 500m around the site. These range in date from the Neolithic to post-medieval periods. Croglam Castle, 440m to the south-west of the site, which is believed to be an Iron Age defended enclosure and is associated with an extensive area of earthworks, is a Scheduled Monument but the other sites are undesignated. A putative Roman road passes across the proposed development site, although the evidence for this is uncertain; stray finds of Roman coins are also known from the Kirkby Stephen area but it is not clear if they and the road indicate any settlement of that date was present. The medieval settlement probably focused on the centre of the residential part of the town to the north, and areas of ridge and furrow, created by a system of ploughing used during the Middle Ages, typical of the open field system, are recorded nearby. Maps of the area show that the site itself has been open fields since at least the mid-19th century. The available Lidar data shows ridge and furrow across the site but no obvious evidence for the Roman road, although the eastern boundary of the site forms a very obvious ridge and there is a linear earthwork to the south-west in the neighbouring field.

A site visit revealed that the land has been subject to general agricultural improvement and animal burrowing and the remains of two stone-built stiles corresponding to an extant footpath are present. In addition earthworks comprising a possible lynchet and platform were evident in the most northerly field.

The majority of the anomalies identified by geophysical survey relate to modern material / objects, agricultural activity (including ridge and furrow) and geological / pedological variations. There are numerous weak / diffuse linear / curvilinear trends that are of uncertain origin. These do not form a clear pattern or relationship that would indicate an archaeological origin and they are considered more likely to be associated with agricultural activity, drainage features or natural features / variations but their exact cause cannot be determined from the magnetic data. There are several areas where very strong responses or magnetic disturbance from modern features / material dominate the surrounding data. There is no evidence in the magnetic data for the supposed Roman road that may cross the site. 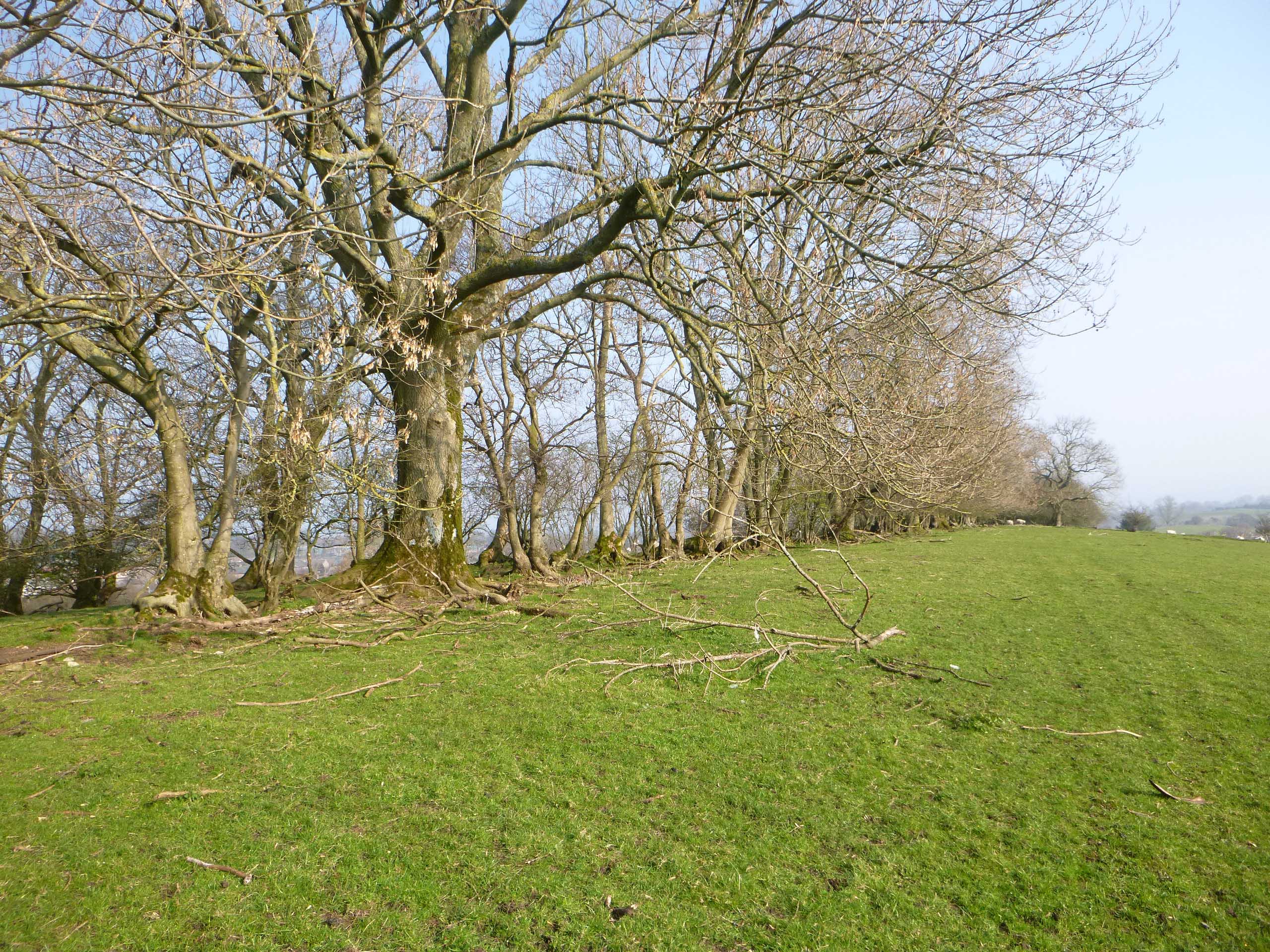