Following to the submission of a planning application for a residential development on land off Watery Lane, Lancaster, Lancashire, Greenlane Archaeology was commissioned to carry out a desk-based assessment and walk-over survey of the site.

The site is located on the northern edge of Lancaster, on the north side of the River Lune, near Skerton. While the area has remains from the end of the last Ice Age onwards, HER data from the surrounding area revealed evidence for a range of sites of different dates, primarily medieval and later, although some are uncertain. A substantial amount of archaeological work has been carried out to the north in association with the ‘Bay Gateway’ road, linking the M6 to the port at Heysham, which revealed evidence for prehistoric (primarily Mesolithic/Neolithic) and medieval activity. The map evidence shows the site to have comprised a block of three slightly curving fields, probably originally part of a single larger block named ‘Baistard’, perhaps a reference to how difficult the ground was to plough. It saw little change throughout the 19th century and in the 1930s a wireless receiving station was built on one end. Lidar data shows that there are earthwork remains relating to former ploughing, in particular two large earthworks that are preserved as field boundaries. The walk-over survey revealed that these earthworks still survive, and a pond shown on early maps had been modified with the addition of a dammed channel on one side. No evidence for the wireless receiving station was revealed during the walk-over survey. 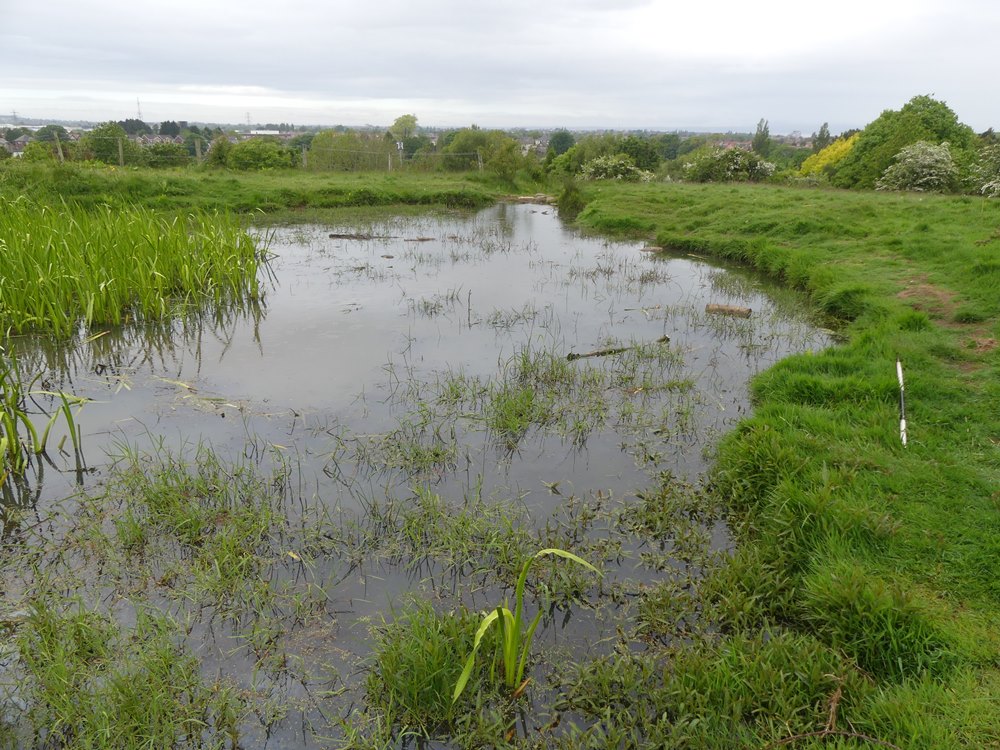