Prior to the submission of a planning application for the residential development of land south of Lumley Road, Kendal, Cumbria, Greenlane Archaeology was commissioned to carry out a desk-based assessment and geophysical survey of the site, which was completed in 2014. The desk-based assessment revealed a rectangular cropmark enclosure recorded in an aerial photograph taken in 1955, part of which was inside the proposed development site, the remainder having since been built over by a late 20th century housing estate. The geophysical survey showed the same feature very clearly and, following the submission of a planning application for the site, a condition was placed on the decision notice requiring the area around the enclosure be subject to archaeological strip and record, which was carried out in August 2018.

A single area was examined, 40m wide by 70m long, centred on the remaining part of the cropmark and orientated approximately east/west. Within this the cropmark enclosure was found to comprise a large ditch with a broadly U-shaped or rounded V-shaped section, and two possibly associated features – an area of cobbling and a large pit filled with loose stone – were also found, in all cases buried below a thin topsoil and subsoil. Pottery from the ditch dated from the 2nd to the 4th century AD. The cobbled surface and stone filled pit also contained small amounts of early Roman pottery.

The enclosure ditch represents a substantial feature that probably remained partially visible beyond the late Roman period, although its function is uncertain. The finds and environmental remains indicate that it was domestic in nature but the site was also clearly well connected to the Roman military in the nearby fort at Watercrook, c0.5km to the south-east. 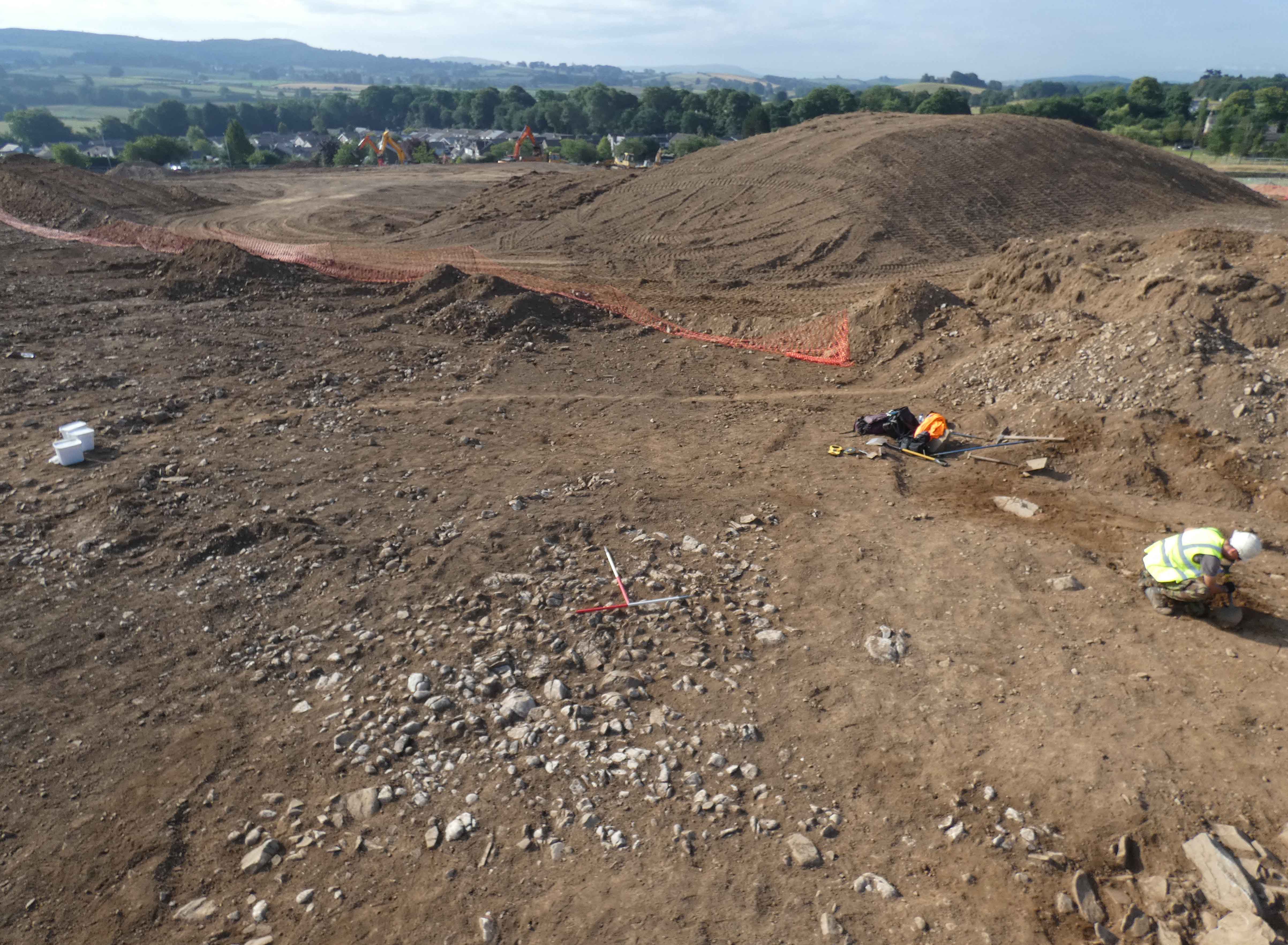 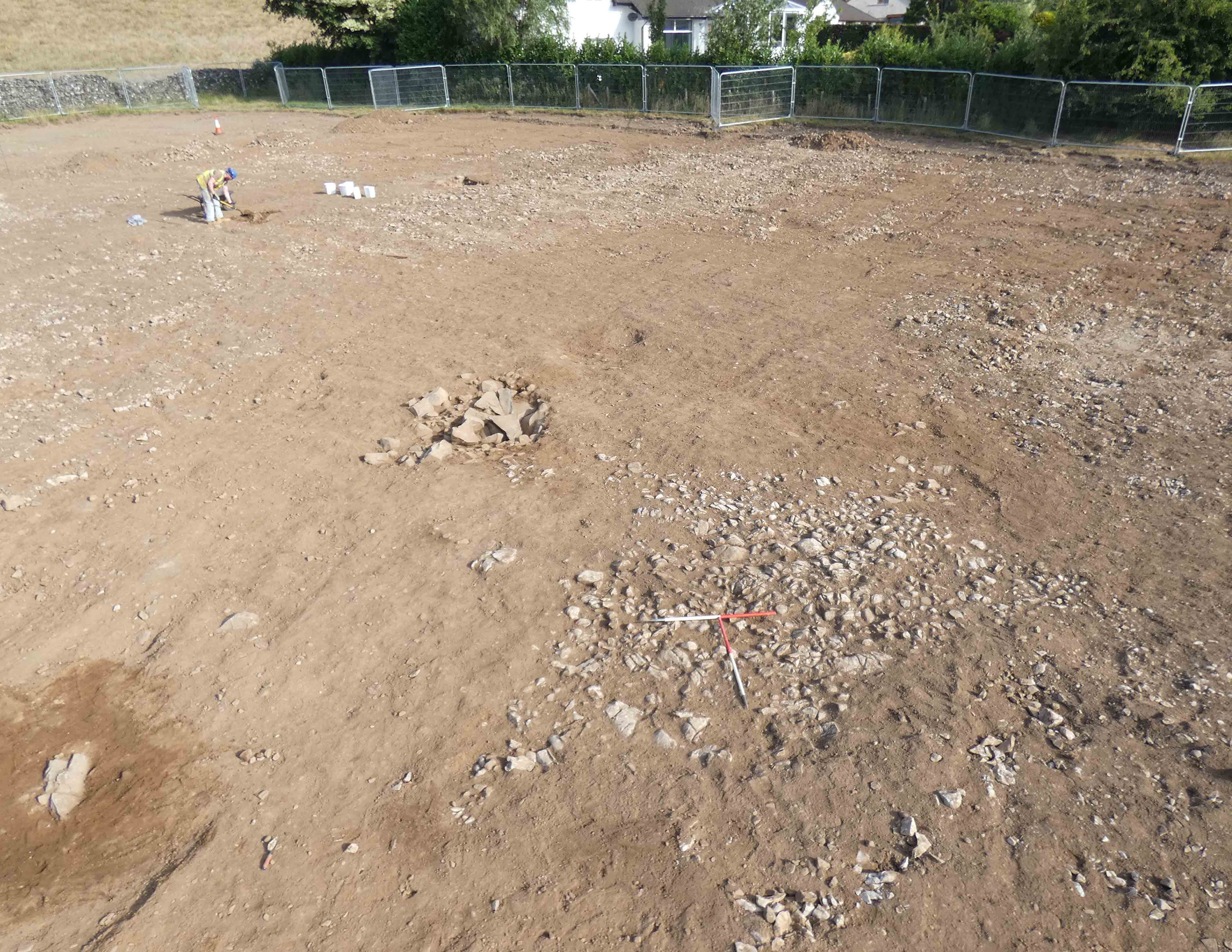