Land to the East and South-East of Lowther Castle, Penrith

Greenlane Archaeology carried out a desk-based assessment prior to the submission of planning applications for a number of proposed developments on land to the east and south-east of Lowther Castle, Penrith. The site comprises woodland to the east of the castle and some improved land alongside the main entrance. It was initially a peripheral part of the designed landscape at Lowther, but it was gradually developed from the end of the 18th century, and included a number of interesting historic features such as an icehouse and outlying buildings relating to the service wings of the castle. The origins of the village of Lowther are uncertain, but there was something in existence by the 12th century and the Lowther family have been associated with it from that period. The buildings at the castle went through several phases of development and the associated park became increasingly large, necessitating at one point the removal of the original village. The contents of the castle were sold in the early 20th century, the building became a roofless ruin, and the land was subsequently used by the military and for forestry. More recently much of the woodland from the former gardens has been cleared and the remains of the castle have been consolidated and restored. 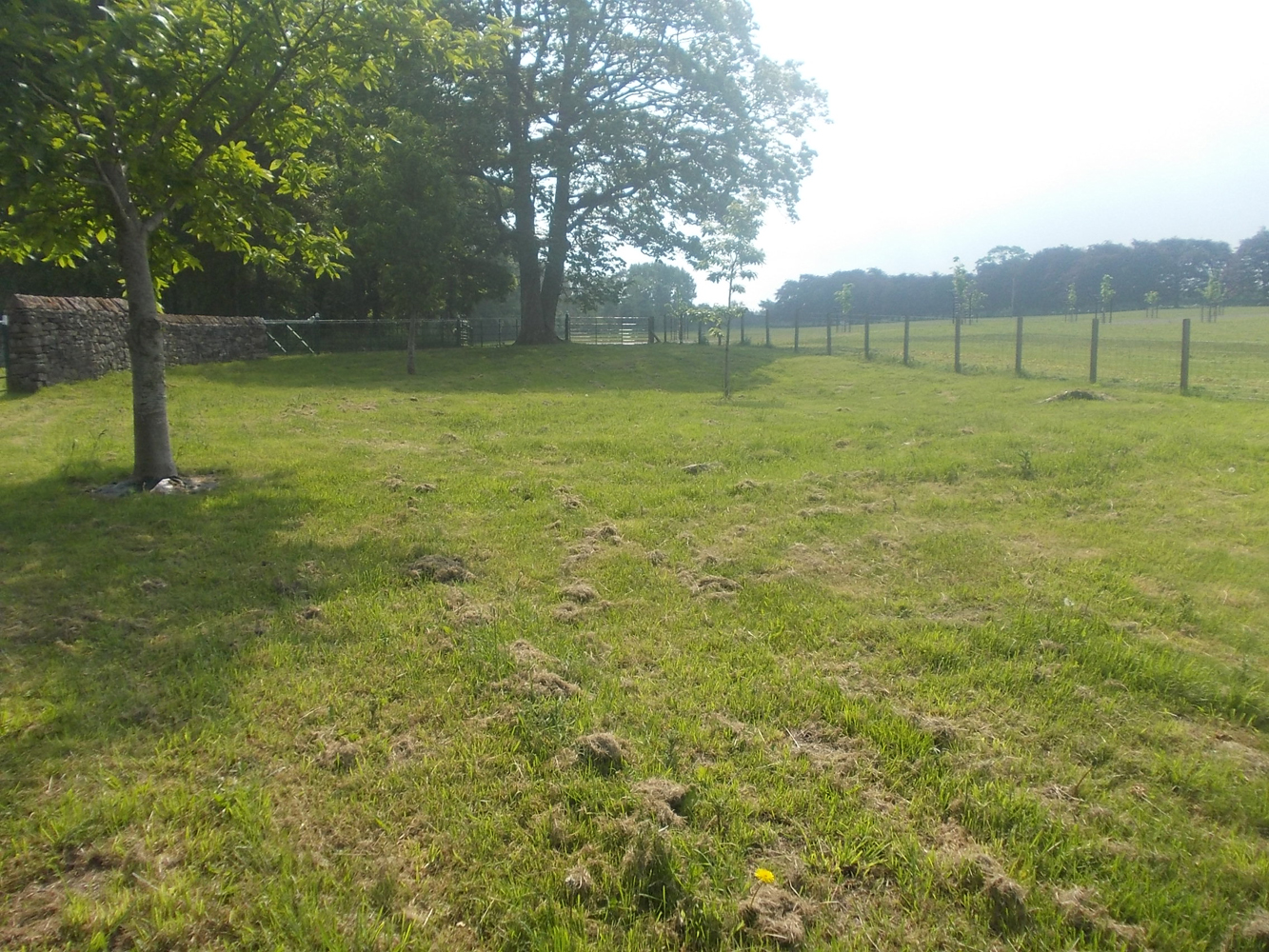 General view of part of the site
© 2015 Greenlane Archaeology Ltd