Land to the Rear of Farbrow Road, Carleton

Features of possible archaeological interest, recorded by geophysical survey, were examined by targeted evaluation trenches as part of pre-planning consultation for a proposed residential development on land south-west of Cumwhinton Road and to the rear of Farbrow Road, Carleton, Carlisle. Carleton and nearby Harraby are first recorded in the 12th and 13th centuries, but the area saw relatively little development until the post-medieval period, following the Dissolution of the monasteries and after the coming of the Newcastle-Carlisle railway. The same sequence of deposits was encountered in each trench: topsoil overlay thin subsoil on top of the natural geology. A short ditch or elongated pit, with an associated possible posthole, and two other pits were recorded in two of the trenches but associated dating evidence for these features was scant. Two of the features may be dated to the prehistoric period, on the basis of a piece of chert, which may have been deliberately struck, and a small fragment of flint, but no finds were recovered from the third and the dating of all three remains uncertain. A small piece of medieval pottery was recovered from the topsoil, but the rest of the finds were post-medieval in date, mostly dating from the mid-18th century onwards. Most of the subsurface linear features identified by geophysical survey probably related to early 19th century field drains and elsewhere the survey appears to have picked up on naturally occurring variations in the underlying geology, so no further work was recommended. 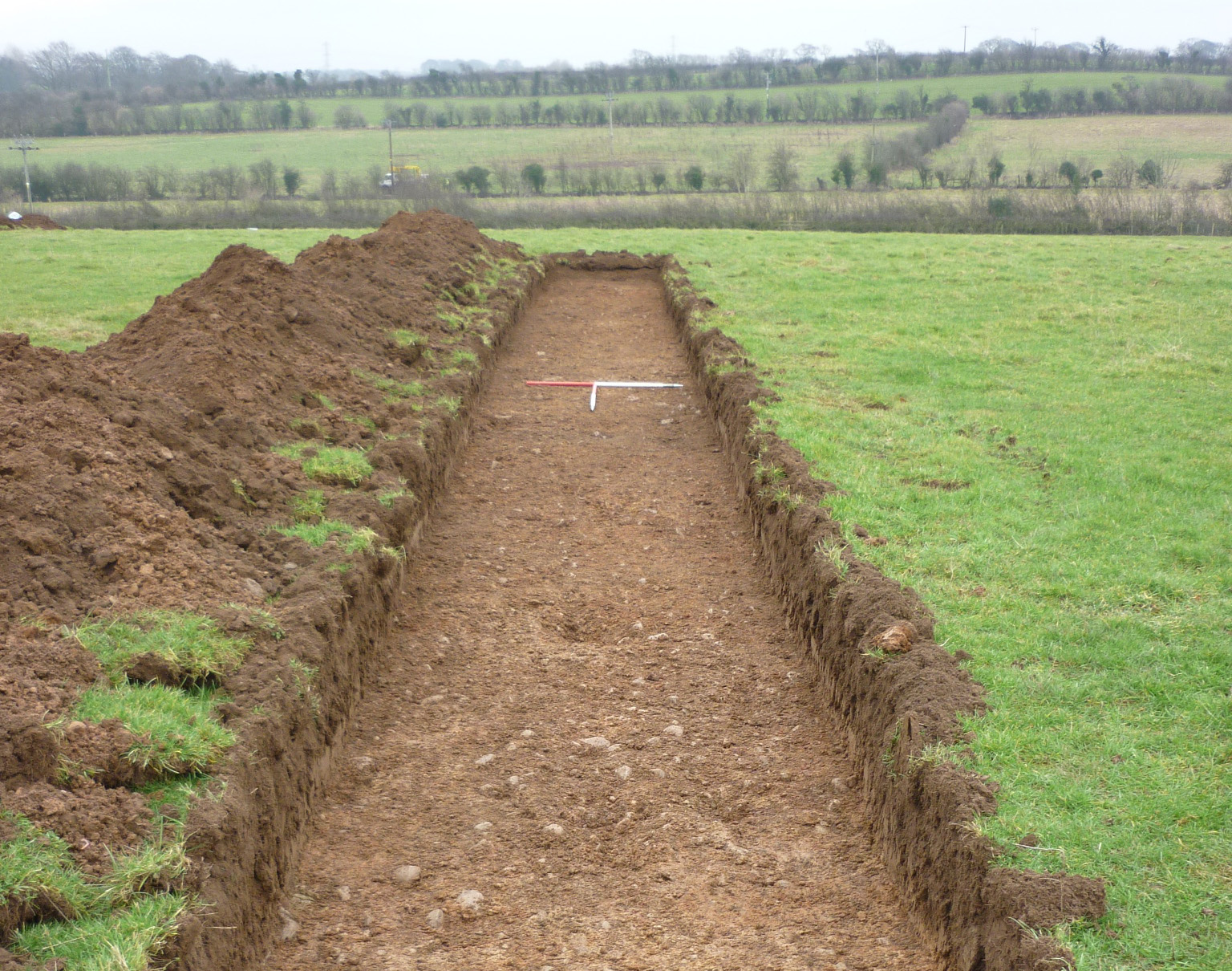