Land to the Rear of Farbrow Road, Carleton (Strip and Record)

Land South-West of Cumwhinton Road and to the Rear of Farbrow Road, Carleton, Carlisle, Cumbria: Archaeological Strip and Record

As part of pre-planning consultation for a proposed residential development on land south-west of Cumwhinton Road and to the rear of Farbrow Road, Carleton, Carlisle, Cumbria, Greenlane Archaeology was commissioned to carry out a desk-based assessment and geophysical survey of the site. The geophysical survey showed features of possible archaeological interest and these were examined through the excavation of targeted evaluation trenches. Although none of the features revealed by the geophysical survey related to anything of archaeological interest, three pits were present, split between two of the trenches. None of these could be readily dated, however, although single fragments of chert and flint suggested a prehistoric date was possible. A further programme of archaeological strip and record focussed on these two areas and a further two features were revealed, one in each area. These comprised small pits containing two fills, both of which were rich in charcoal and showed evidence for in situ burning. One of the pits contained a single abraded fragment of what may be Iron Age or early medieval pottery. The pits contained large amounts of charcoal and trace amounts of material associated with iron working or production. 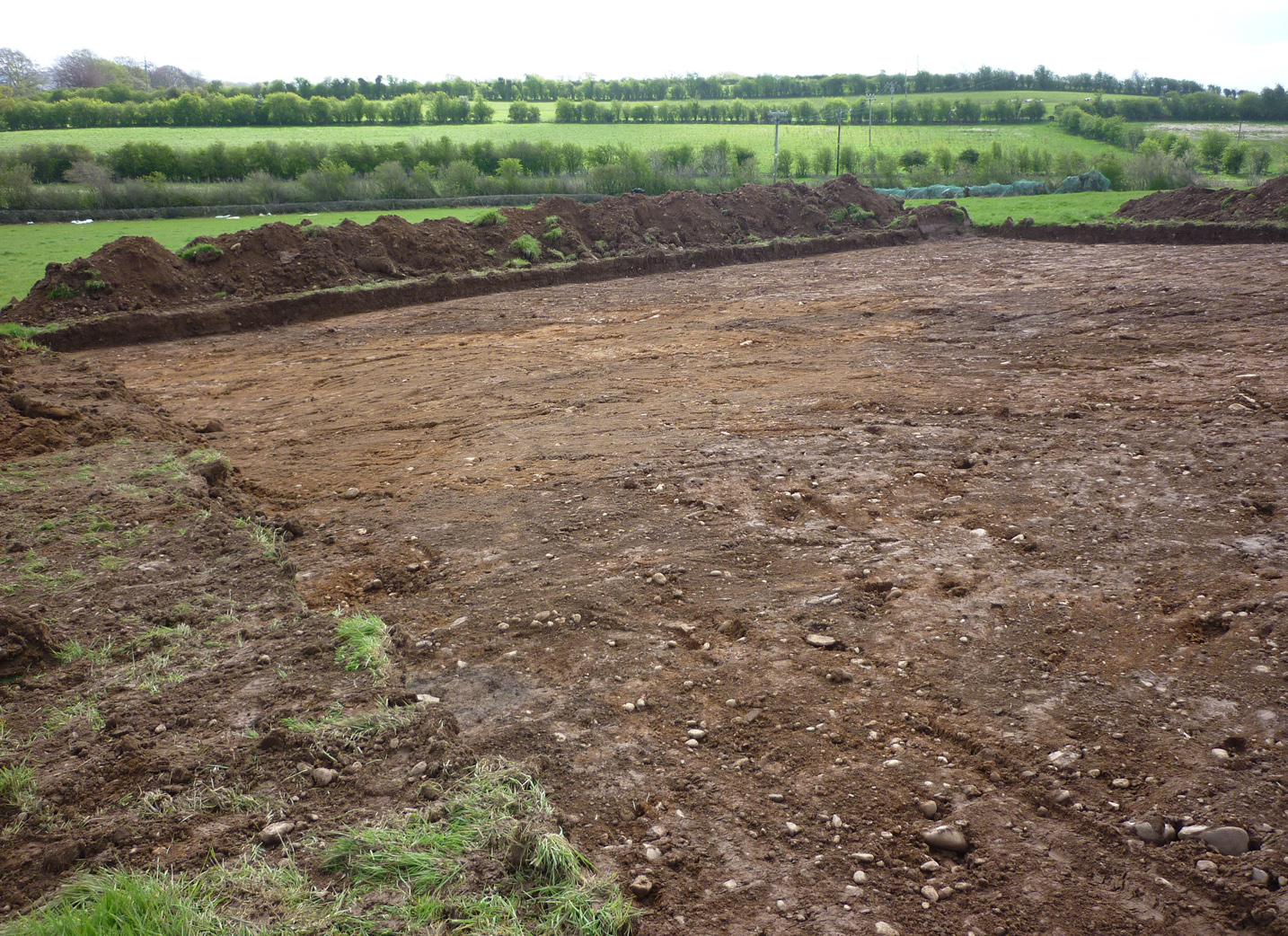