Land to the Rear of No. 9 High Street and the Town Hall, Skipton (Evaluation)

Land to the Rear of No. 9 High Street and the Town Hall, off Jerry Croft, Skipton, North Yorkshire: Archaeological Evaluation

An archaeological evaluation was carried out on land to the rear of the Town Hall, off Jerry Croft, Skipton, North Yorkshire. This comprised eight trenches each approximately 10m long by 1.7m wide, and followed on from the conclusions of an archaeological desk-based assessment for the site produced by Greenlane Archaeology in 2011. Early maps of the town show that High Street formed one of the major medieval thoroughfares through the town. Seven of the eight trenches contained features of archaeological interest, including pits, of both medieval and post-medieval date, and probable burgage plot boundary ditches of medieval date. The plots were aligned approximately east-west across the site, as evident on the early maps, and were terraced from north to south. Most of these features were sealed beneath deposits of buried soil containing large amounts of medieval pottery and animal bone. A glass button with an iron fitting and a silver finger ring of medieval date were also discovered. 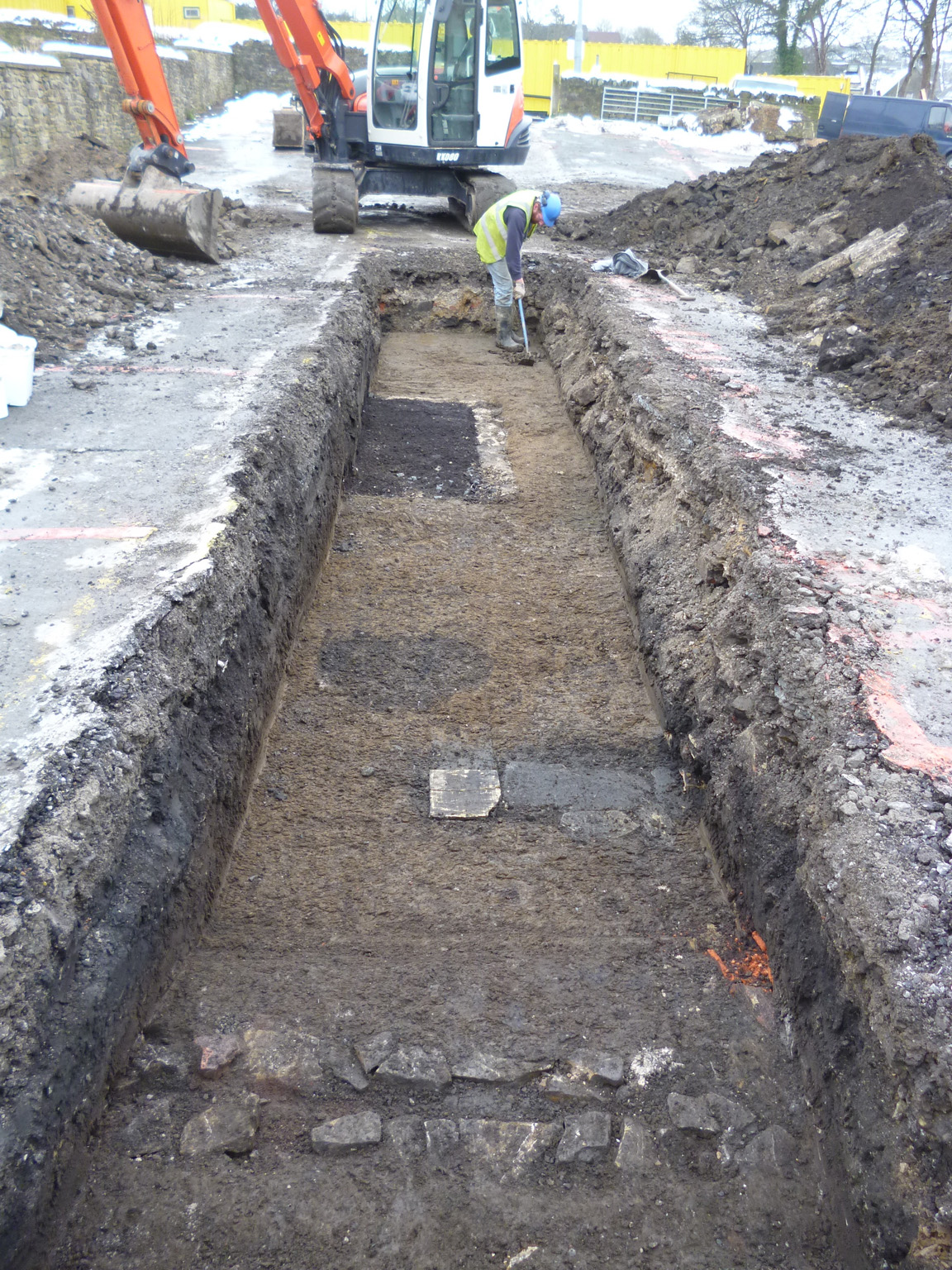