Prior to the submission of a planning application for the construction of a new café at Levens Hall, Kendal, Cumbria, an archaeological watching brief was carried out on the 20th December 2016 during the excavation of a series of trial pits and boreholes. These were located within an area of the gardens to the west of the hall, although the available map evidence suggests that it was originally just an area adjoining the entrance drive where it led to the outbuildings and stables.

The upper deposits across the site comprised either deposits of topsoil, within the garden beds or elsewhere, or layers of gravel forming the surfaces of pathways within or around the garden. Below these, in the vast majority of the pits, a layer of dumped rubble with lime mortar and fragmentary animal bone was typically present, in some cases to a considerable depth.

With the exception of the animal bone, which was in some areas very plentiful, and associated quantities of marine shells such as cockle and oyster, finds were limited to small pieces of red earthenware, primarily in the form of brick fragments. However, a small number of fragments of late medieval pottery were also recovered from one of the boreholes. Against the northern boundary of the garden a section of wall was also uncovered, on the same alignment of the extant wall but evidently earlier than it.

It is apparent that prior to the development of the garden, which was only certainly in existence by the 19th century even though it is known as the ‘17th Century Garden’, a large amount of material had been dumped across the area, perhaps partially as a deliberate attempt to level or raise the ground, although it incorporated a considerable amount of domestic and food waste. The date at which this occurred is uncertain, although it seems that the area has been used for the disposal of rubbish for a considerable period of time. 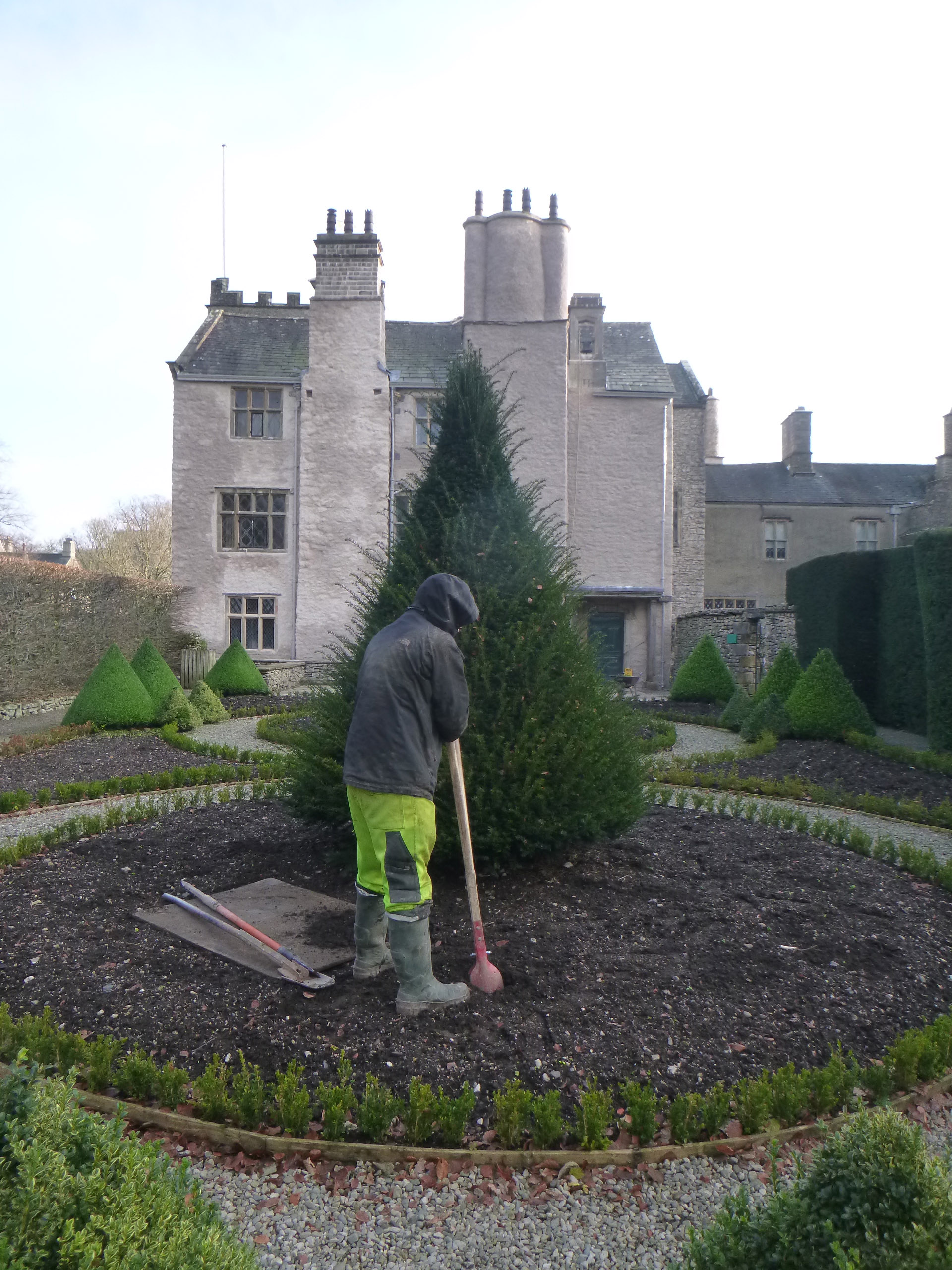