Prior to the submission of a planning application for the construction of a new café at Levens Hall, Kendal, Cumbria, an archaeological watching brief was carried out on the 20th December 2016 during the excavation of a series of trial pits and boreholes. These were located within an area of the gardens to the west of the hall, although the available map evidence suggests that it was originally just an area adjoining the entrance drive where it led to the outbuildings and stables. Following the subsequent submission of a planning application for the construction of the café, a condition was placed requiring an archaeological watching brief during the associated ground works in order to record and better understand the deposits that were known to be present.

The upper deposit across the site comprised a mixture of material comprising garden soils and gravel from the paths, below which were a number of deposits and structures including an extensive deposit of dumped stoney material containing large quantities of pottery, tile, and animal bone and a deposit of stoney orange clay that may have formed a surface, perhaps for a track or driveway leading to the outbuildings to the south. Associated with this were earlier wall lines, some of which at least probably delineate part of a driveway leading to the stables, below which was a large stone-filled ditch that may have acted as a soakaway, which cut into an earlier buried soil horizon.

The finds recovered from the earliest deposits were consistently dated to the 18th century and demonstrate that a rapid period of development took place at this time, corresponding with the period of ownership of the estate by James Grahme, who is known to have made a number of other alterations. The large number of tile fragments recovered probably relate to the recorded rebuilding of the south wing in 1692 and its subsequent repair after a fire in 1703, while the other finds represent a mixture of high quality household items including some relatively exotic pottery but also evidence for bone working or tanning, which suggests that some of the material was probably brought into the site at some point.

It is likely that the rapid phase of development of probable 18th century date resulted in a new area of designed gardens in this area as well as improving the access to the stables and outbuildings, which were retained until recently but saw some substantial development in the later 19th century. 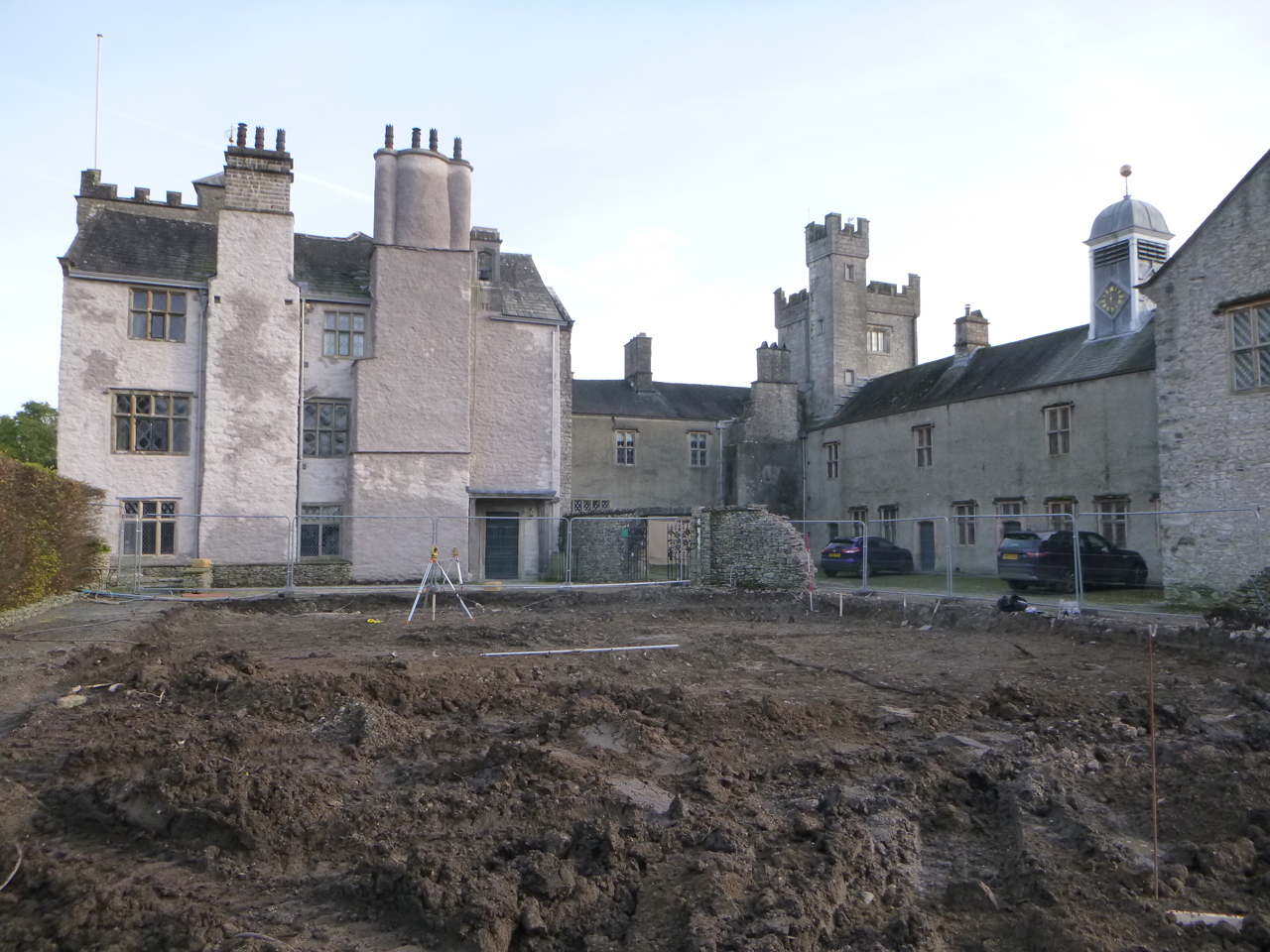 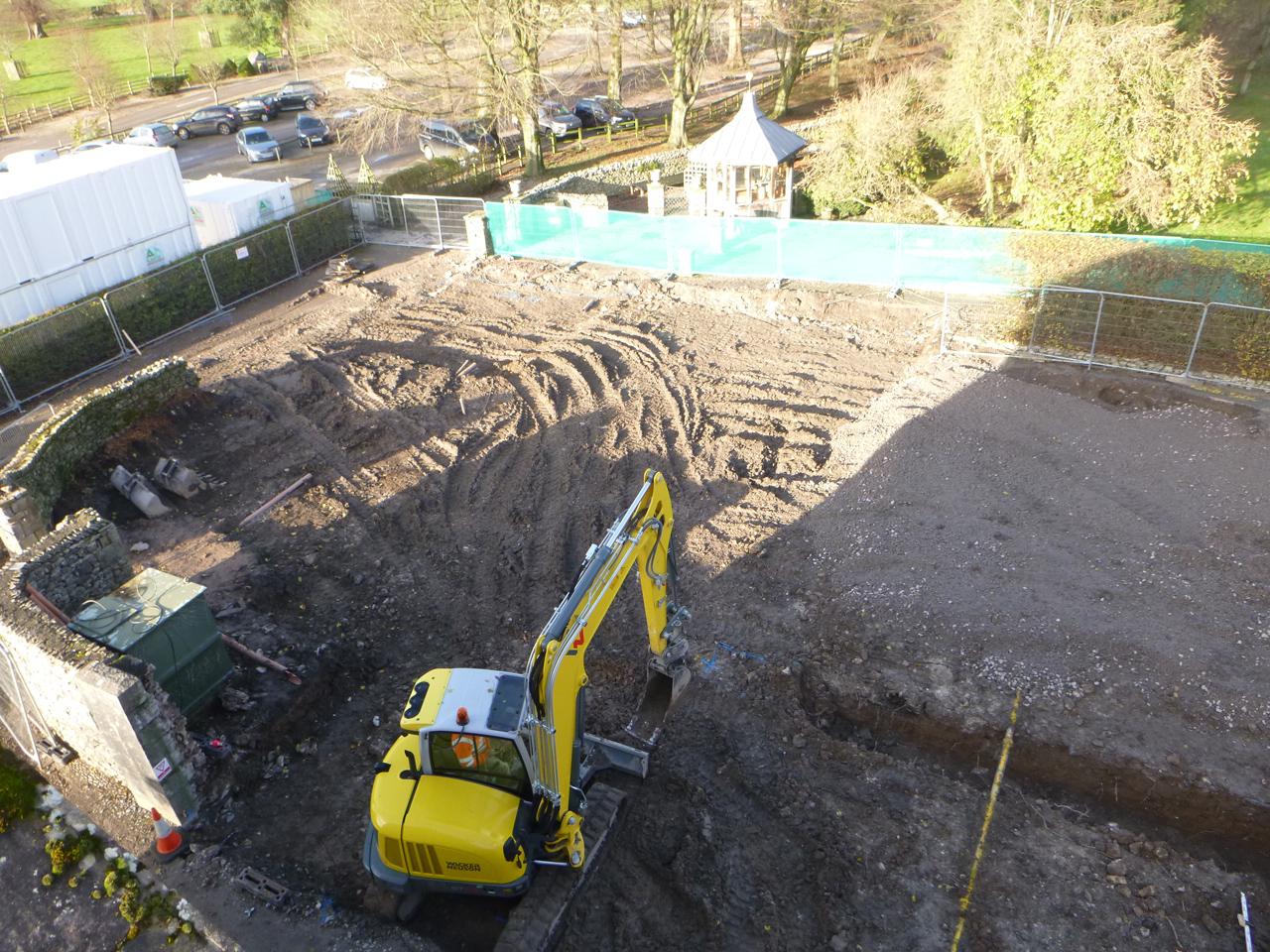 Aerial view of the site 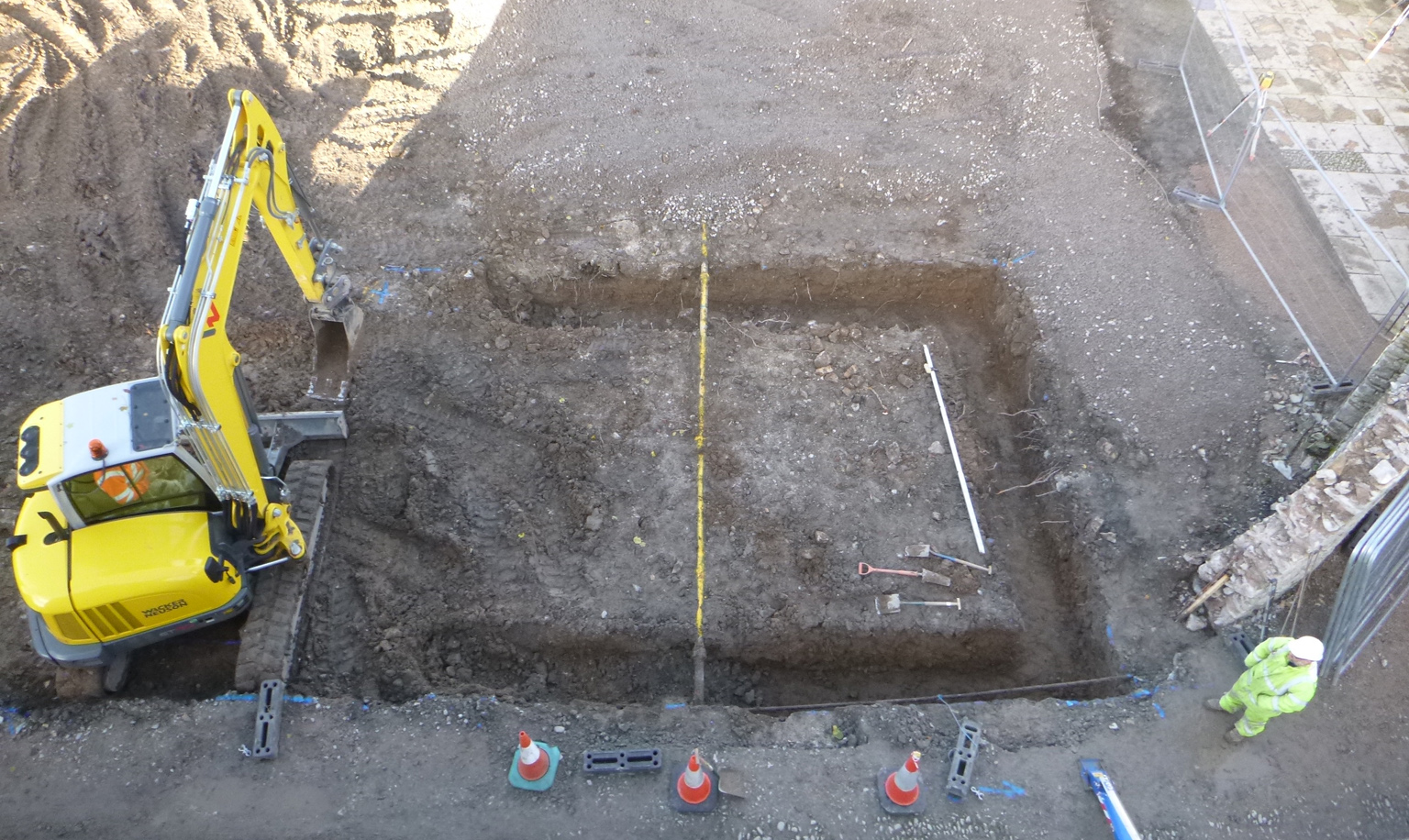