A planning application was submitted for the construction of a three new dwellings on land at Cross Lane, Kendal, Cumbria. Following a recommendation by Cumbria County Council Historic Environment Service (CCCHES), a programme of archaeological work was required by South Lakeland District Council. This comprised a rapid desk-based assessment, which was carried out by Greenlane Archaeology in 2007, and subsequently a watching brief of the ground works. The watching brief was carried out in April 2008.

The desk-based assessment had revealed that a single building stood on the site from 1770 and by 1787 a further building had been added. These buildings were demolished sometime between 1858 and 1899, after which a possible shed and then garages occupied of the site.

The watching brief revealed a thick and largely sterile layer of subsoil into which a shallow cut relating to the former buildings was evident. Evidence of their demolition was also represented by a thin layer above the cut; the only other cut features were for 20th century drains. Flagstones present in both the east and west sections appear to relate to yard surfaces that post-date the early buildings. A small deposit of brickearth-like sediment was noted in the south-west corner of the site which produced a sherd of medieval pottery; other medieval pottery was also recovered from the subsoil but was residual. 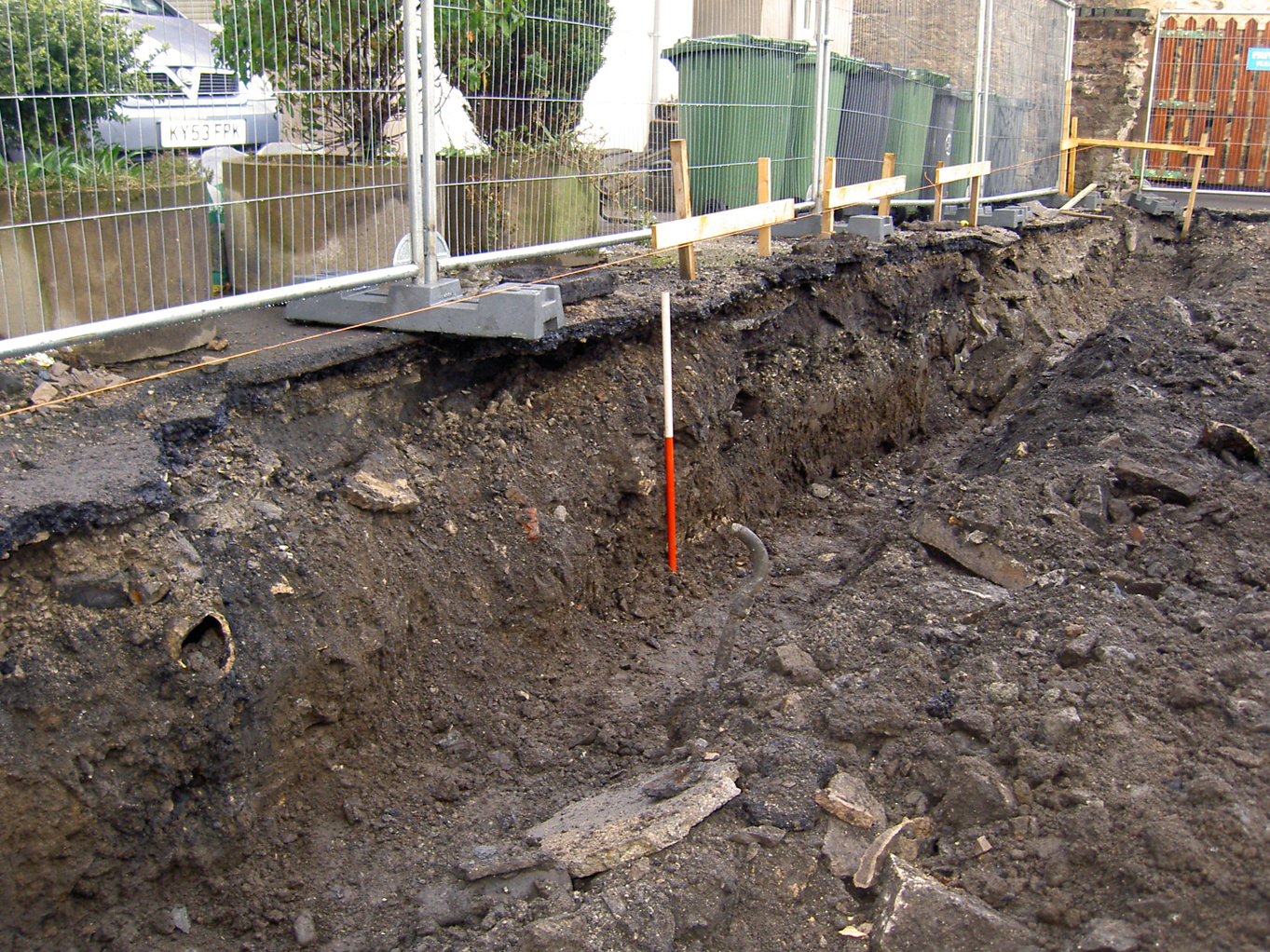