As part of a proposal to convert a former barn at Low Farm, Baycliff, Cumbria into a domestic dwelling, an archaeological building recording condition was placed on the planning permission. This condition was set by South Lakeland District Council following a recommendation by the Cumbria County Council Historic Environment Service. The farmhouse that the barn was originally associated with is thought to be of 16th century date and one of the oldest buildings in the village. Documentary sources were not able to provide a great deal of information however; it was difficult to trace in the earliest records, and may have even changed name. It is first depicted on maps in the mid 19th century, by which time the majority of the surviving structure had been built.

The building recording revealed that the south-east end of the barn was the earliest part, and it had evidently originally formed a small building, probably with a cruck-framed roof, most likely used as a small cow house. This structure was subsequently enlarged with the building of a large threshing barn on the north-west end and the raising in height of the original building. Additional outshuts and minor alterations were also made around this time or slightly later, and the barn appears to have gone out of use in the late 20th century.

Within the fabric of the building a number of features of interest were identified, including probable levelling marks and a Baltic timber mark in the roof of the later threshing barn, and a piece of timber inscribed with notches and letters re-used as a lintel. The original use of this timber is not certain, but is may have formed part of a large piece of furniture such as a bed, the notches therefore perhaps to record children’s heights.

The full report is available on the Archaeology Data Service website: https://archaeologydataservice.ac.uk/archiveDS/archiveDownload?t=arch-700-1/dissemination/pdf/greenlan1-26675_1.pdf 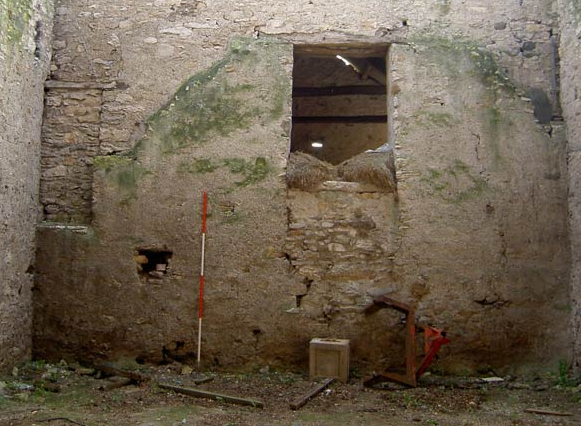 The north-west end of the original barn contained within the later extension, showing the curved profile of the earlier cruck-framed roof structure and the raising of the wall height 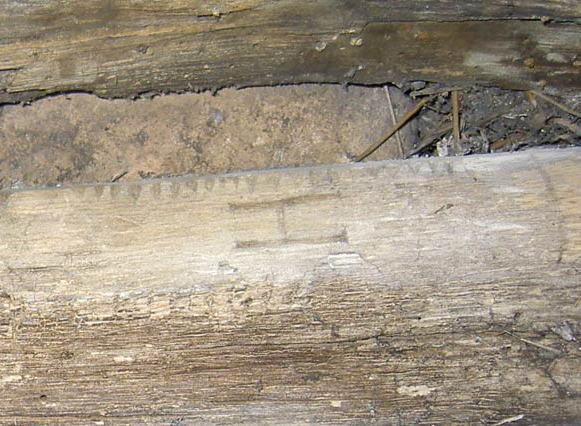 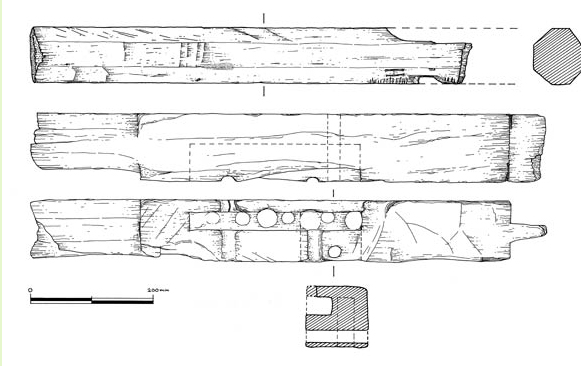 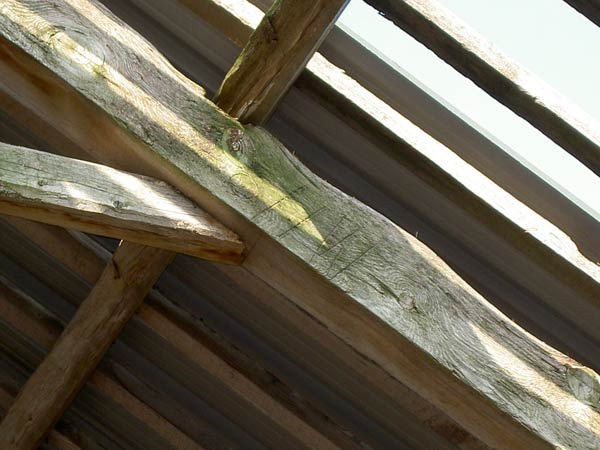 Baltic timber mark in the roof of the threshing barn 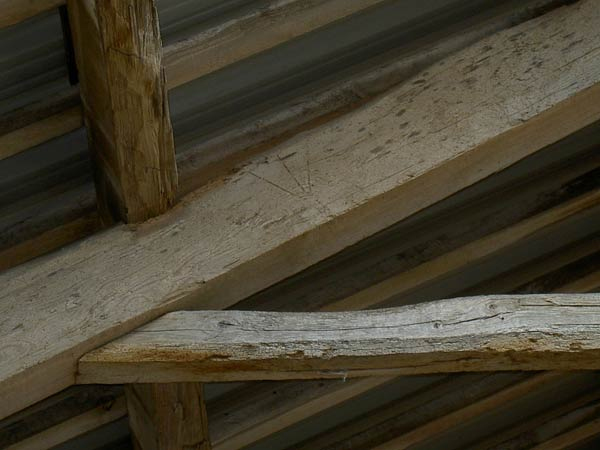