After consultation with Jeremy Parsons, Historic Environment Officer at Cumbria County Council, Kate Lawson of South Lakeland District Council placed an archaeological condition on a planning application to demolish and re-build a fire damaged farmhouse at Low Flan Farm, Ulverston, Cumbria. The condition was to comprise an English Heritage level 2-type recording of the farmhouse prior to its demolition in order to provide a permanent record of the structure, provide information about its historical development, and function. Unfortunately the demolition took place before the archaeological recording could take place, but it was decided to still request as much of a record as was possible based on the available information. This report is therefore based on historical information, external photographs taken prior to the demolition taking place, and ‘as existing’ drawings provided to accompany the original planning application, and was compiled by Greenlane Archaeology in September and October 2009.

The historical and documentary evidence concerning the site of Low Flan Farm is difficult to interpret, in part because of the impossibility of specifically identifying it in the earliest records. Despite the name ‘Flan’ appearing in the parish registers from 1595 it is not until the 1850 Ordnance Survey map that Low Flan is actually named. At this time there were two properties in the area, Low Flan and High Flan, however, the 1851 census return describes the farms as East and West Flan respectively. The earliest depiction of the farm at Low Flan is on the 1812 enclosure map, which also shows the rear wing of the house and the adjacent barn. To add to the confusion, a pair of farms one of which was called ‘Flan Hill Farm’, are also recorded as having been established following the original enclosure in 1799 and corresponding improvements to the land made by John and Joseph Yarker. It seems likely that these correspond to the present High and Low Flan Farms but that if buildings were constructed during this period they must have replaced much older ones.

A detailed interpretation of the building is very difficult, especially without the opportunity to examine the interior. It seems likely, however, that the farmhouse, with its rear wing, and attached threshing barn are contemporary. Their style suggests a later 18th or early 19th century date, which suggests that it was built as a result of the Ulverston commons enclosure of 1799. However, both the documentary evidence and the presence of re-used material indicate that there were earlier buildings on or close to the same site, which had at least 16th century origins.

The full report is available on the Archaeology Data Service website: https://archaeologydataservice.ac.uk/archiveDS/archiveDownload?t=arch-700-1/dissemination/pdf/greenlan1-71074_1.pdf 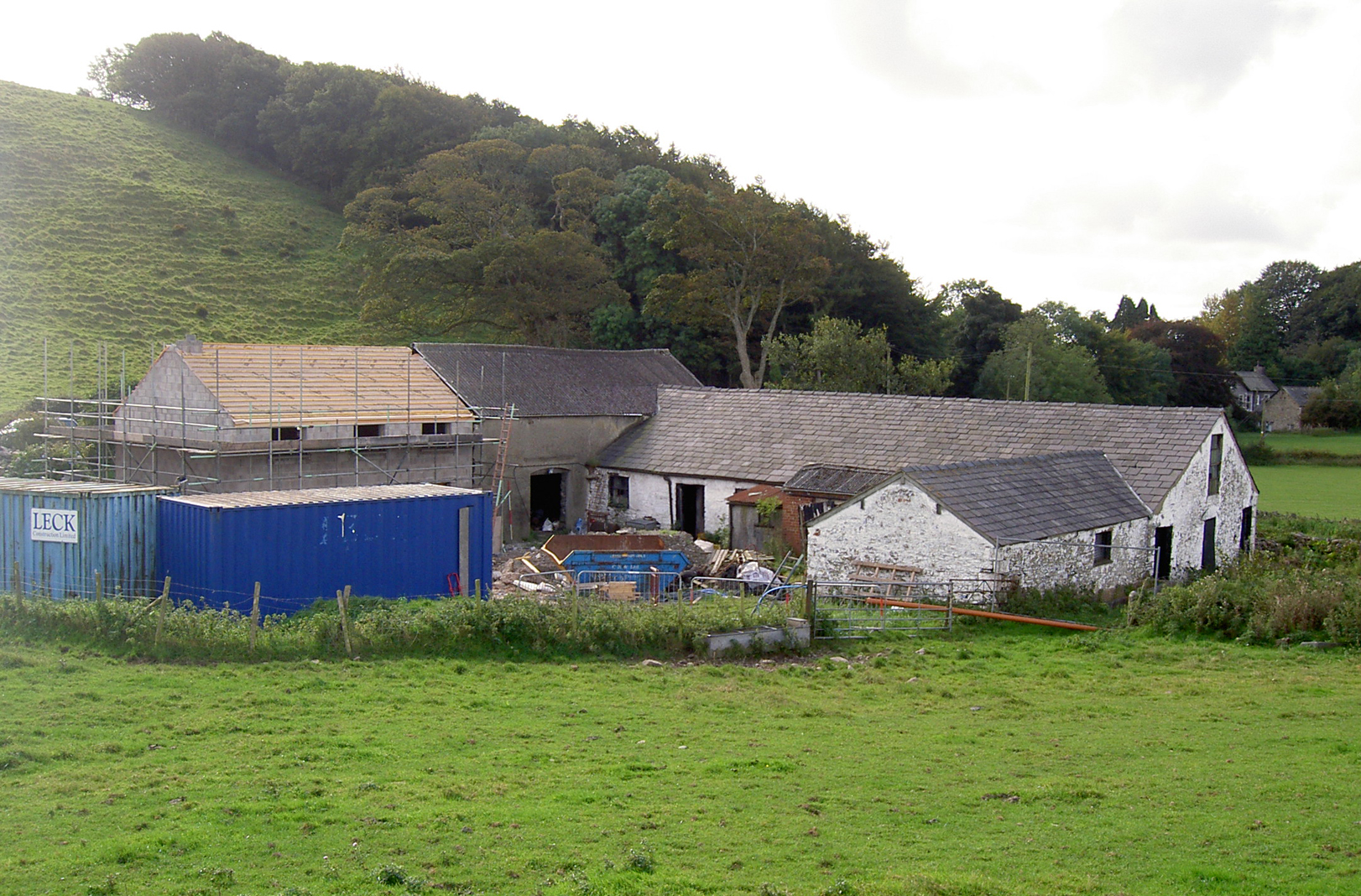