Following the submission of a planning application to demolish and rebuild part of the boundary wall at Low Levens Farm, Levens, Cumbria, a condition was made that it be subject to an archaeological building recording and watching brief. The wall formed a section of curtain wall to the property, which is Grade II* Listed and has medieval origins. Low Levens Farm, originally Nether Levens, is thought to have developed around a pele tower of perhaps 14th or 15th century date, and ultimately formed a courtyard arrangement with the entrance through a gateway on the north side and with a defensive curtain wall with battlements on the east side, although there is some uncertainty about when this was constructed or whether it genuinely was for defence. The site had probably reached its peak when it was recorded by Thomas Machell at the end of the 17th century, and in the following century and a half elements of it were gradually removed or became ruinous, specifically the north and south wings, and it became a farmhouse.

The building recording examined the wall prior to any demolition work taking place and once ivy had been removed from the affected section, and allowed some additional interpretation of the structure. The demolition was subsequently monitored, revealing a range of phases of alteration and repair to the wall, all of which appear to be post-medieval and modern, although structural elements probably relating to the earlier north range were also revealed.

The investigation allowed some additional interpretation of the building to be carried. The relationship between the wall and the north and south wings seemed to suggest that it was later, so at best late medieval. Its position, almost directly against the River Kent, also indicates that it cannot have been truly defensive, especially when the main entrance was to the north. The evidence from the watching brief shows that it was possibly deliberately undermined in the post-medieval period, perhaps as part of an attempt to demolish it when other parts of the site had been removed. It, and the extension of the wall to the north, were also subject to some more recent phases of repair and rebuilding. 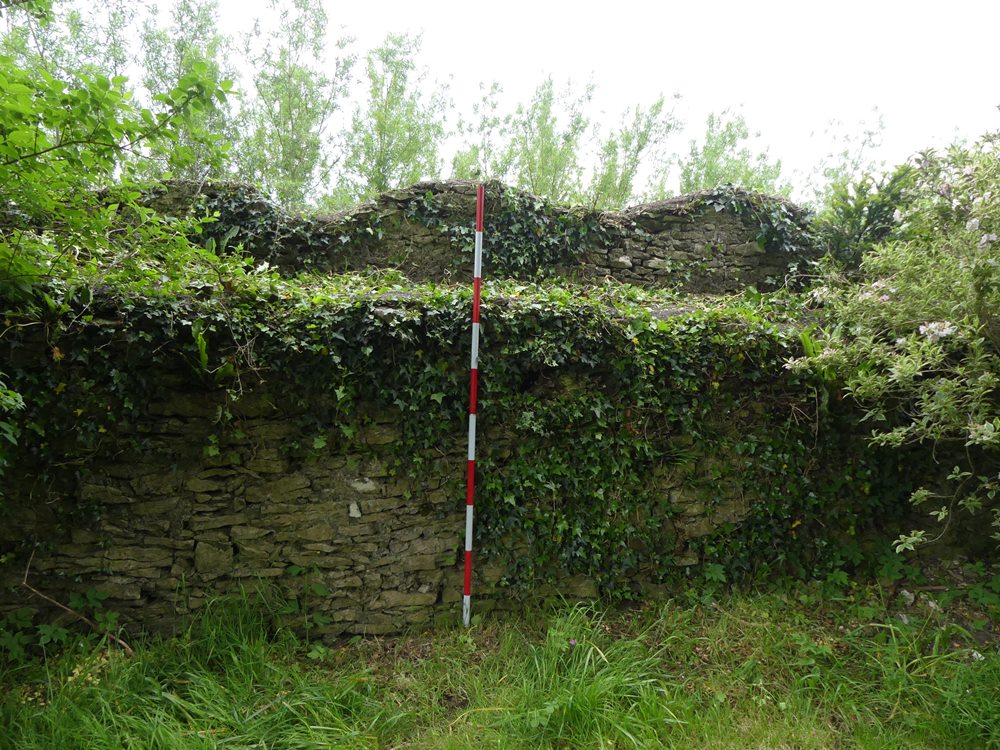 The wall-walk - a raised walkway behind the wall 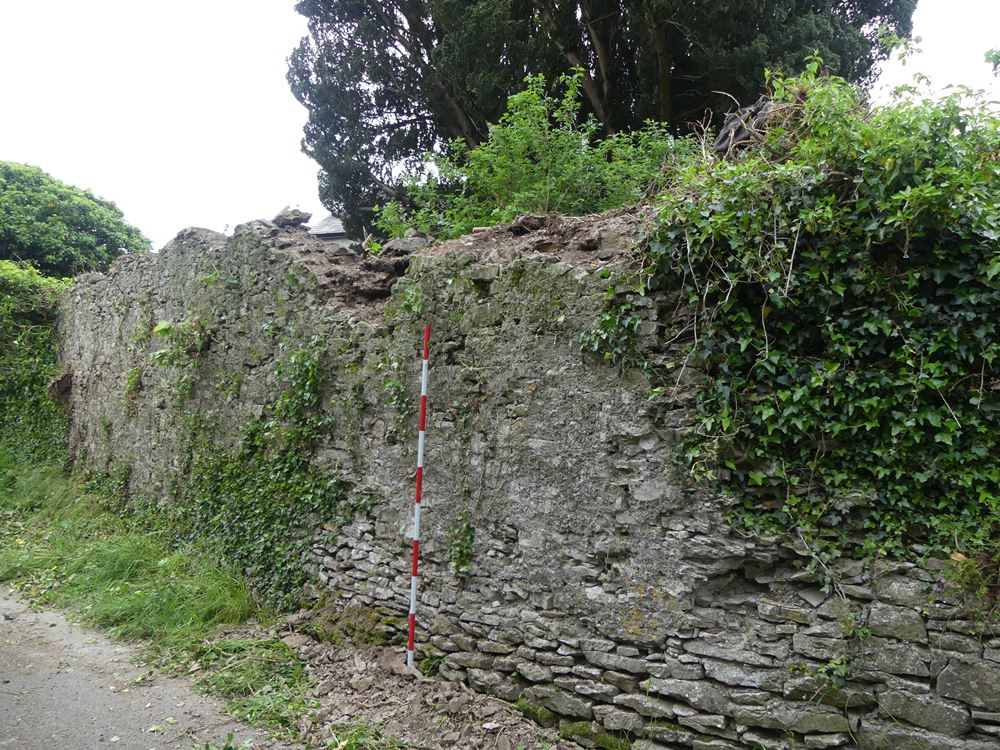 The wall viewed from the street
© 2015 Greenlane Archaeology Ltd