Following the submission of a planning application for a programme of conservative repair and redevelopment at Lowther Castle, Penrith, Cumbria, a condition was placed by Lake District National Park Authority requiring an archaeological building recording to be undertaken of the sculpture gallery. Lowther Castle, of which the sculpture gallery forms part, is Grade II* Listed.

The extant but ruinous remains of Lowther Castle largely belong to the third main phase of rebuilding to have taken place on the site, dated to the first decade of the 19th century. Preceding this is a original medieval castle, now completely lost, and a late 17th century rebuild, which was largely destroyed by fire in 1718. The sculpture gallery is situated at the junction between the early 19th century building and remaining elements of the service wing for the late 17th century house, which were incorporated into the third rebuilding. The principal elements comprising the sculpture gallery were evidently created during the early 19th century, although it seems to have been at least reconfigured in the 1860s. Documentary records list the antiquities held in the gallery in some detail, although there are various gaps. It is apparent that there were over 90 pieces of sculpture with continental origins, many of which were acquired from existing collections. In addition, there was a substantial collection of locally acquired pieces of sculptured stone and inscriptions, many taken from Roman sites in the county as part of deliberate programmes of investigation and acquisition instigated by the 2nd Lord Lonsdale. Amongst these is an important group from Kirkby Thore, and a collection of early medieval cross fragments from the church yard at Lowther, as well as many others that are potentially not previously recorded.

It is possible to identify a number of phases of development, which can be dated in relative detail on account of the extensive historical information that is available about the site. The earliest section is the north part of the east wall, which comprises the remains of part of the late 17th century service wing, with its blocked mullion and transome windows still intact. The majority of the structure belongs to the rebuilding of the early 19th century, while there are smaller periods of alteration from the late 19th and early 20th century, one of which related to the ‘creation’ of the sculpture gallery in its later form and included the setting of sculpture and inscribed fragments directly into the wall of the north end of the gallery.

The full report is available on the Archaeology Data Service website: https://archaeologydataservice.ac.uk/archiveDS/archiveDownload?t=arch-700-1/dissemination/pdf/greenlan1-133077_1.pdf 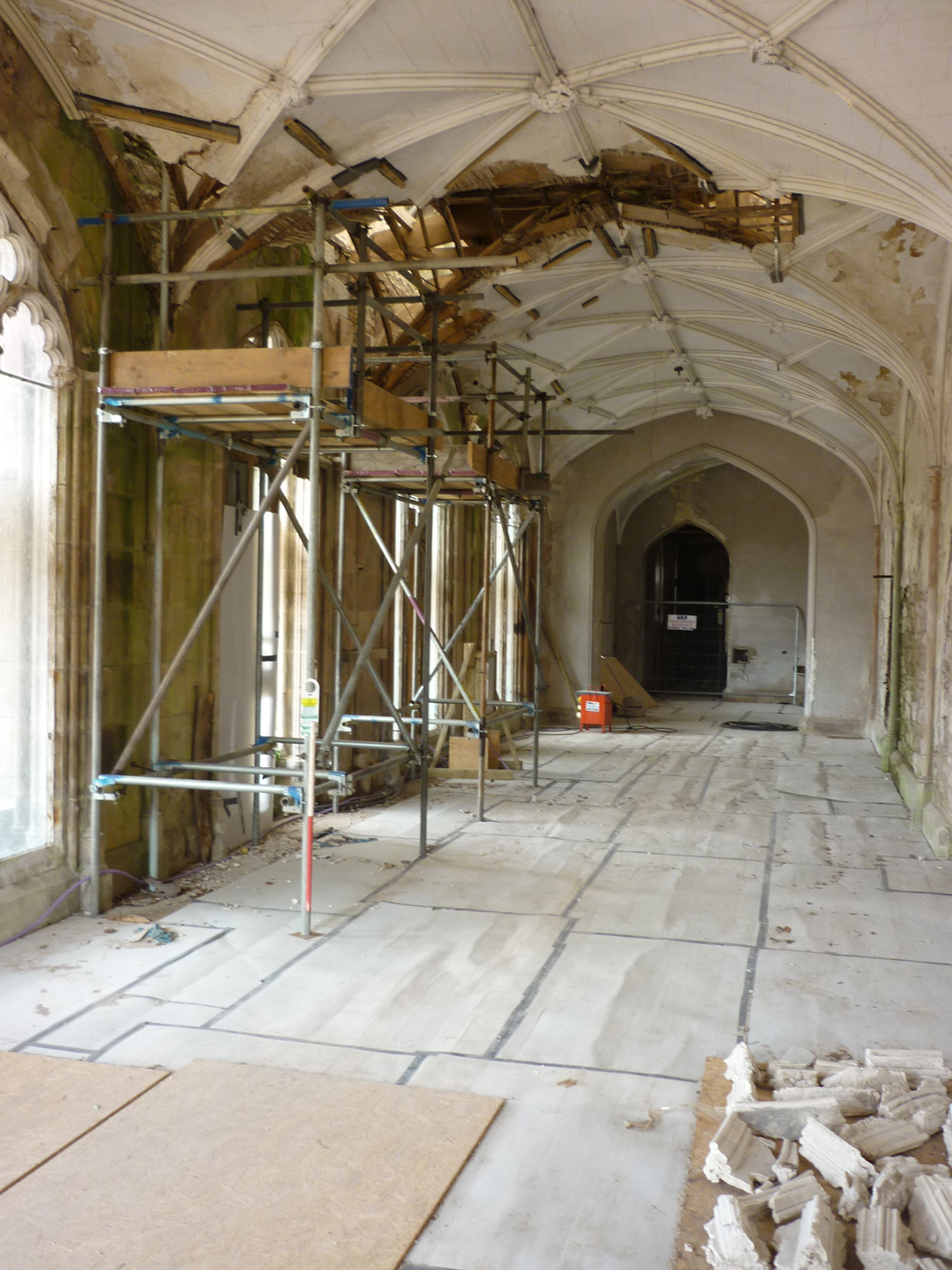