An archaeological watching brief monitored two areas of excavation during the course of groundworks associated with a programme of restoration and redevelopment at Lowther Castle, Penrith, Cumbria: one to the south-east of the Coach House (Area A), the other to the north of the Stable Courtyard (Area B). Various features exposed during the course of topsoil stripping on the South Lawn were also recorded.

Area A formed a concrete courtyard below which was a layer of rubble on top of pinkish clay. Four concrete stanchions were exposed, which probably related to the earlier boiler house that stood on the site, and these surrounded a small concrete and redbrick-built structure, which was probably associated with a 20th century building on the site. The trench section contained a dump of 19th century ceramic drain pipe, including abundant wasters and misfires, which may indicate manufacture locally, perhaps associated with the nearby Hackthorpe Hall tilery, which operated between 1846 and 1866. No significant archaeological finds or features were observed in Area B.

Features in the South Lawn included an isolated concrete structure, probably the base of a former fountain in front of the west outer wing, and concrete gutters either side of a tarmacked driveway, both of which were probably 19th or 20th century in date. Finds of post-medieval date were recovered from the surface of a small area of packed cobbles at the far south-east end of the lawn near the summerhouse. 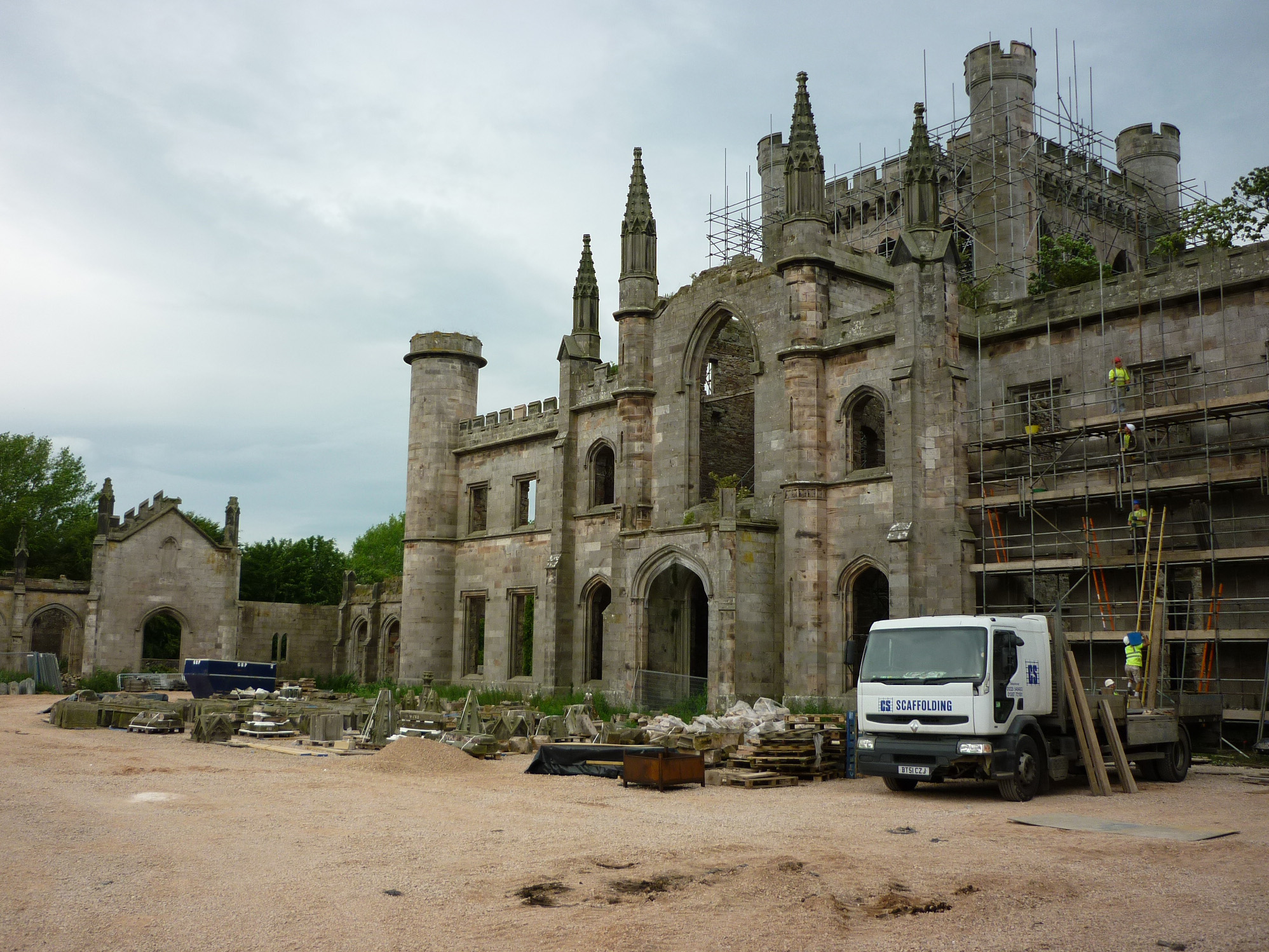 The south elevation of the castle

Scaffolding in place at the castle 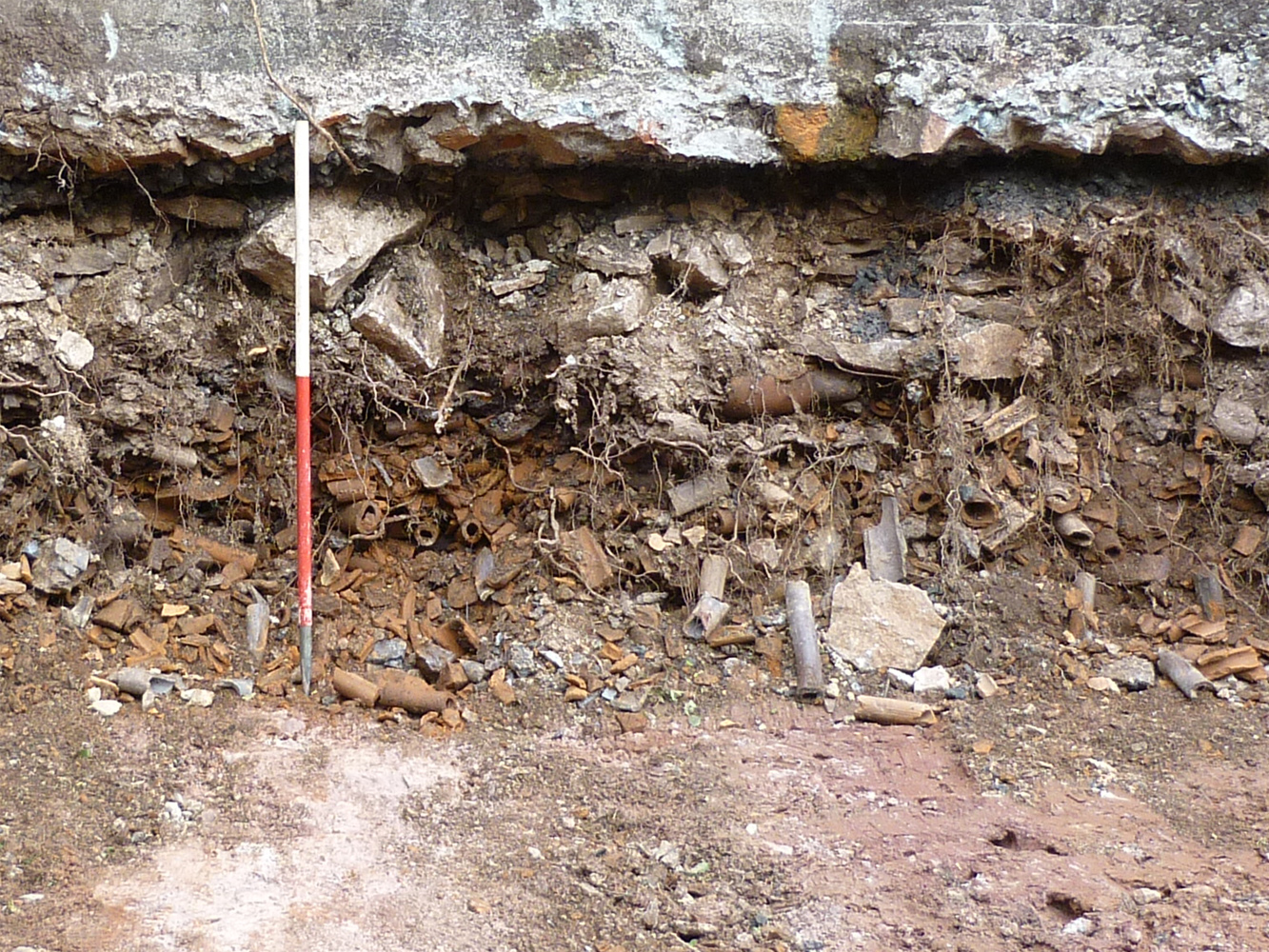