As part of pre-planning work associated with the creation of a proposed extension to the existing Lowther Holiday Park, Lowther, Cumbria, Greenlane Archaeology was appointed to carry out a heritage impact assessment. The site is located immediately north of the extensive park associated with Lowther Castle, on the north side of the River Lowther, south of Yanwath and Eamont Bridge and just to the north of the boundary of the Lake District National Park.

The surrounding area is filled with archaeological remains from the prehistoric period onwards, including some substantial monuments of Neolithic and Bronze Age date a short distance to the north, and a number of settlements of medieval and earlier origin nearby and the important Lowther Castle and church to the south. Most significant is a Romano-British settlement and associated earthworks immediately to the west of the proposed development area and a neighbouring barrow, both of which are Scheduled Monuments. The site is also just to the north of the registered park associated with Lowther Castle and the World Heritage Site of the Lake District National Park.

The desk-based assessment revealed a number of designated and non-designated sites of archaeological interest within a study area around the site, including the Listed Yanwath Woodhouse Farm immediately to the north. Available maps shows that the site has been open fields since at least the 18th century, with some variation to the field pattern occurring since that time. Aerial photographs show a range of cropmarks within the main part of the site, some of which perhaps relate to the Scheduled Romano-British settlement to the west; however, it was apparent from a site visit that the main field comprising the site has been extensively ploughed and improved, so any remains relating to the cropmarks shown here will have already been impacted upon.

An archaeological geophysical survey was also carried out in order to better examine the features revealed in aerial photographs to the east of the Scheduled settlement site. This found a range of features, some of which clearly corresponded to those already known, while others were previously unknown. The results of this survey are incorporated into the report. 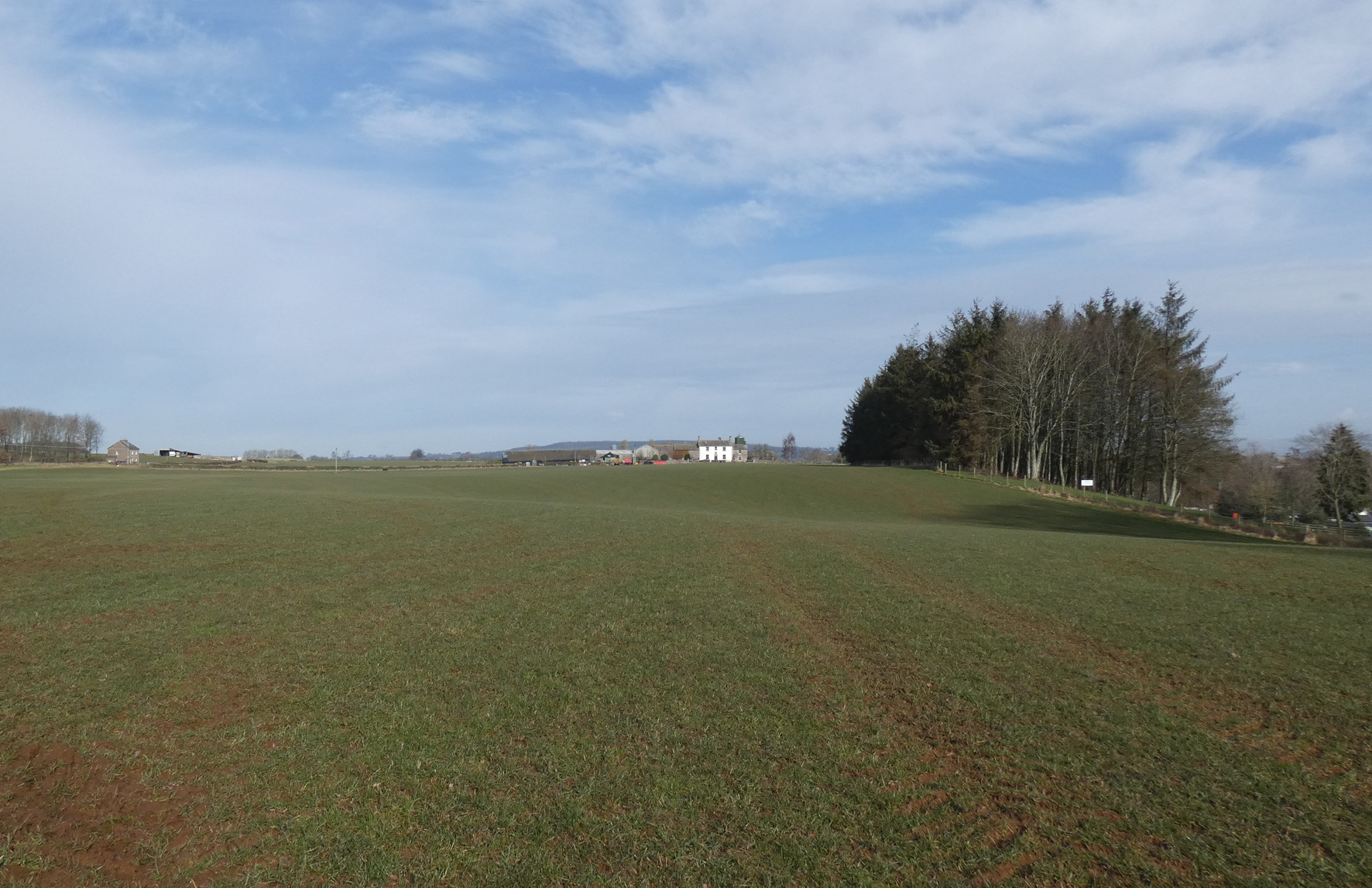