Following on from a previous phase of archaeological evaluation and building recording Greenlane Archaeology was commissioned to carry out a programme of archaeological work prior to and during groundworks associated with improvements to the existing hydroelectric plant within the former Lowwood Gunpowder Works, Haverthwaite, Cumbria, which is a Scheduled Monument. This second phase of work comprised the excavation of an area adjacent to the turn in the leat, resulting in the removal of deposits alongside the leat, and an archaeological watching brief to monitor other groundworks carried out as part of the development.

The excavation revealed the form and construction of the original leat wall, running parallel to the current wall, and demonstrated that it must have been substantially rebuilt in the 19th century. In addition, a linear feature, most probably a palaeochannel, was identified to the south-west, running approximately parallel to the extant leat. This had been backfilled with a variety of deposits, of both industrial and domestic character, and in the base was an in situ tree stump.

The watching brief monitored four different areas; topsoil stripping and levelling for a new access track from the south-west and site compound, the excavation of abutments for a new bridge, the excavation of a new service trench, and excavation around the former powerhouse and leat end following demolition of the existing structures. The topsoil stripping essentially just revealed dumped domestic rubbish of 19th and 20th century date to the west of the leat and dumped industrial deposits to the east, which were probably brought from the nearby Backbarrow iron furnace, more of which was revealed in the service trench. The excavation of the bridge abutments revealed a section of culvert on the east side of the leat, which probably originally supplied a pair of incorporating mills a short distance to the east. Excavation around the powerhouse revealed the remains of a wall and a gate or bridge footing incorporating an edge runner stone, as well as a deposit containing apparent bloomery slag and thick ceramic material similar to crucible fragments.

This work in general revealed a number of features of interest, the most significant of which is perhaps the bloomery slag, which is thought likely to relate to a bloomsmithy. Documentary evidence suggests that one operated on the site for a short period in the early 17th century. The ceramic material is considered likely to represent clay packing placed around a tuyere (the nozzle through which air was blown via bellows into the hearth) used in the bloomsmithy and is therefore very unusual.

The full report is available on the Archaeology Data Service website: https://archaeologydataservice.ac.uk/archiveDS/archiveDownload?t=arch-700-1/dissemination/pdf/greenlan1-111345_1.pdf 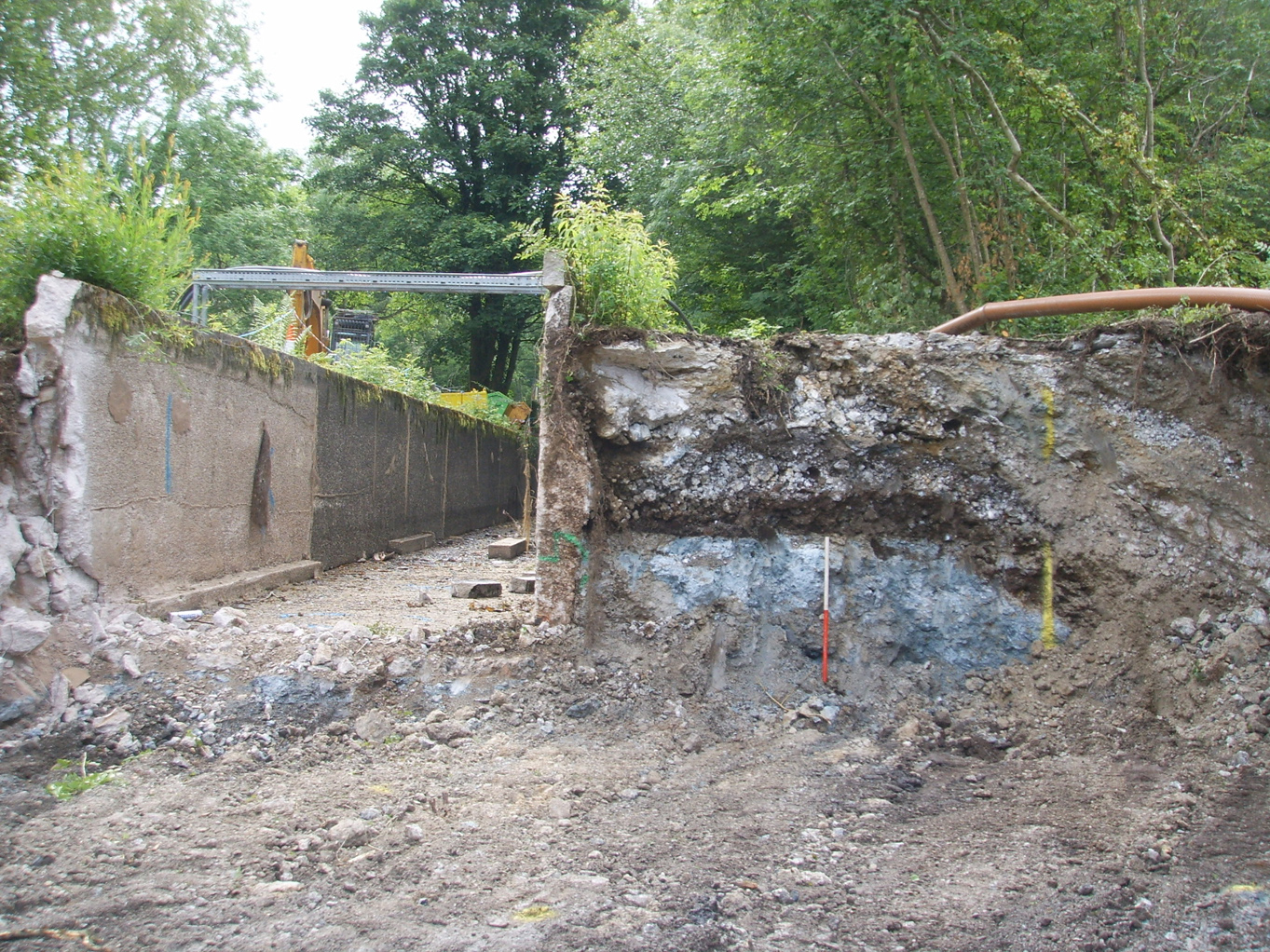