Following the submission of a planning application for the construction of a residential development on land adjacent to Marl Business Park, Watery Lane, Ulverston, Cumbria, Greenlane Archaeology carried out an archaeological evaluation comprising the excavation of eight trenches randomly placed across the site.

The site is on the edge of the medieval town of Ulverston and next to Lightburn Park. Early maps show that the site remained open and undeveloped until the construction of the railway, which cuts across a hill of which the site forms part, and housing and industrial buildings gradually encroached around it in the late 19th and early 20th century.

The evaluation trenches revealed that in most areas no features of archaeological interest were present and the majority of finds comprised post-medieval material recovered from the topsoil. In one trench a very shallow linear feature was revealed, but it is thought likely that this represents agricultural activity, such as ridge and furrow, and it could not be dated. In two trenches large, probably natural depressions or areas where the ground sloped steeply, were found to have been infilled with dumped material. In one of these areas this seems to have been due to an attempt to level the field against the tall retaining wall along the south side, and the dating of pottery found amongst the dumped material indicates that it occurred in the early 19th century, probably as a result of the reorganising of the road network to fit below the new railway bridge. The other area seems to have initially started filling naturally before being filled with dumped soil and a layer of ashy clinker in the late 19th or early 20th century. 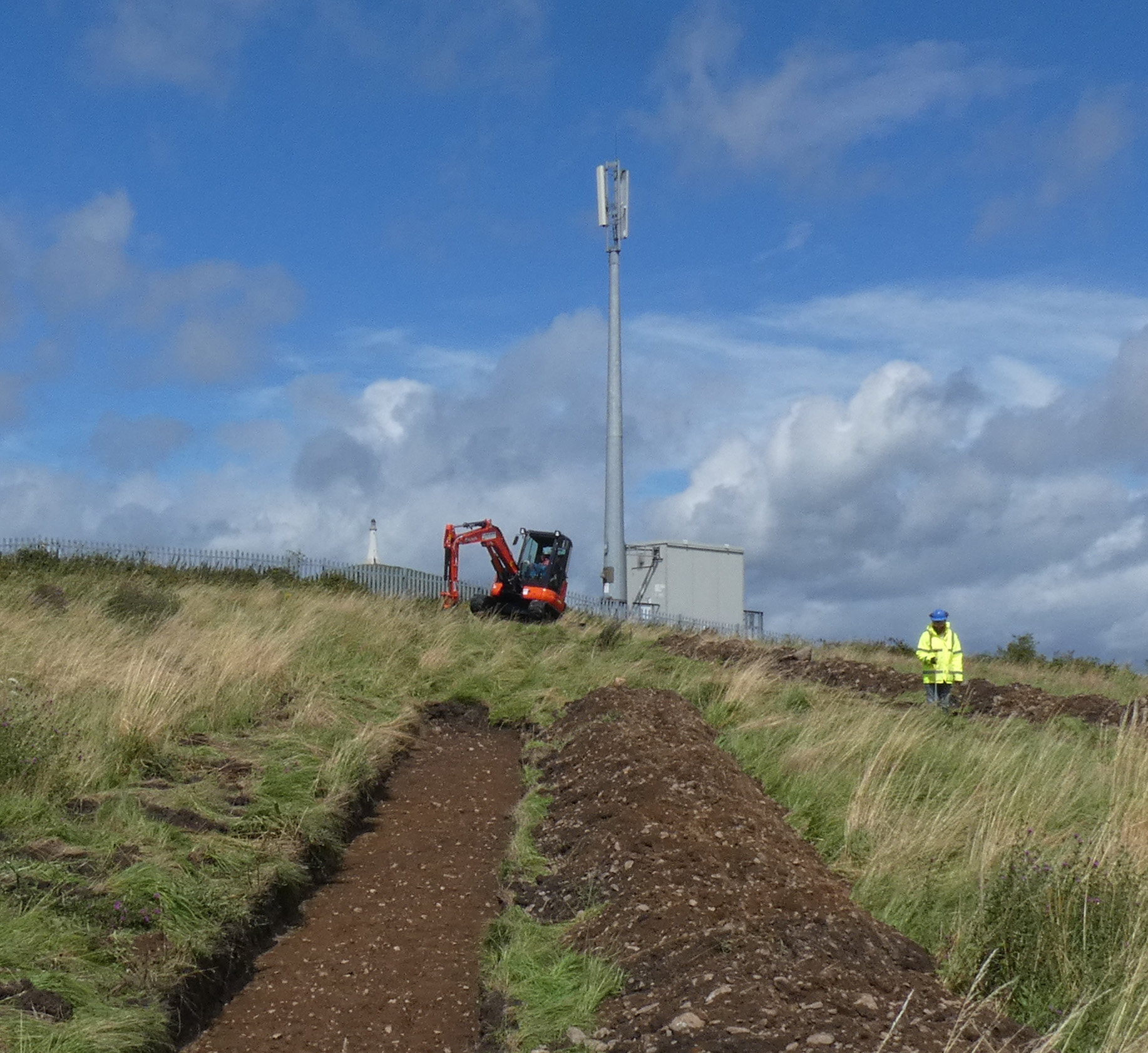 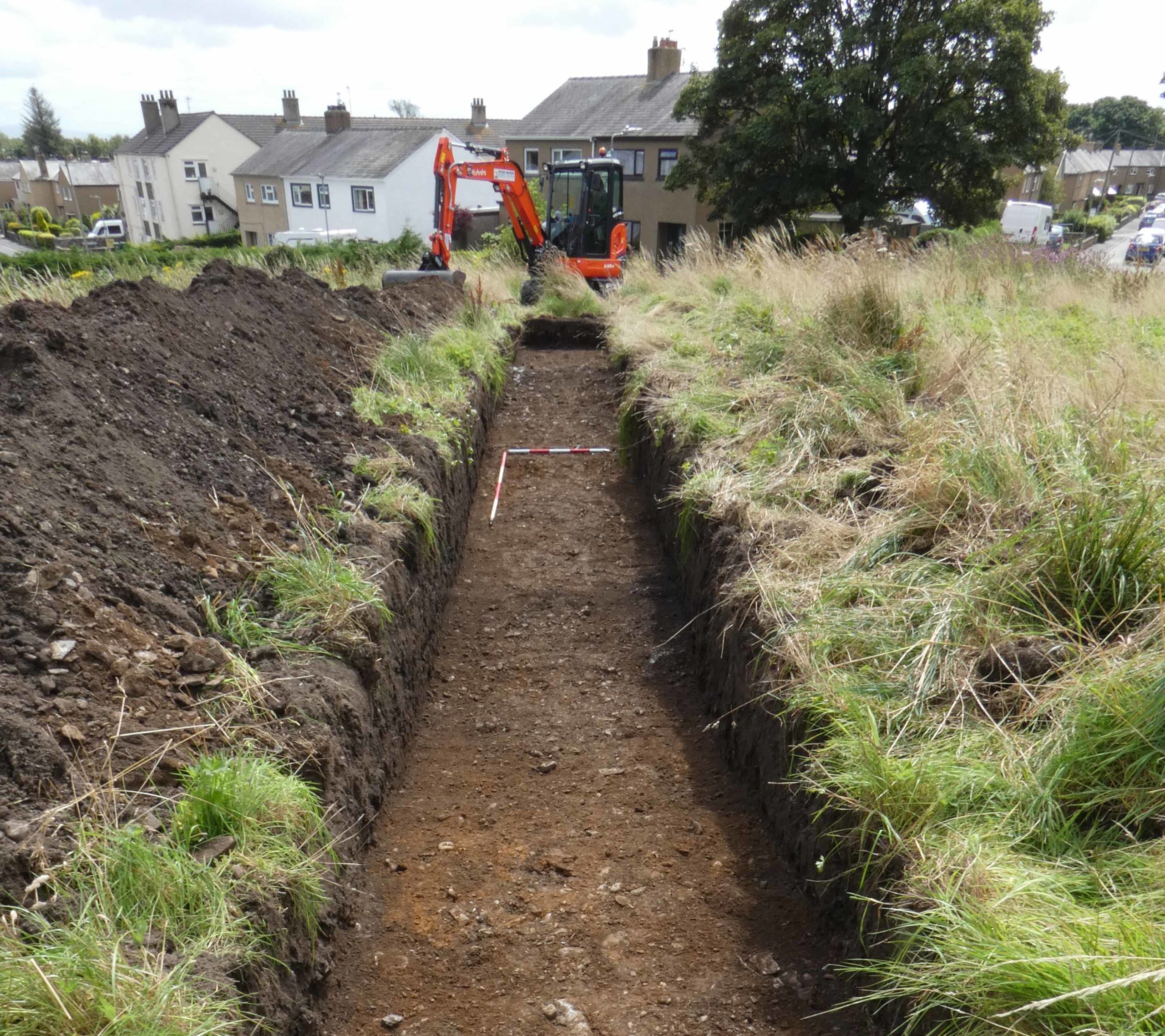 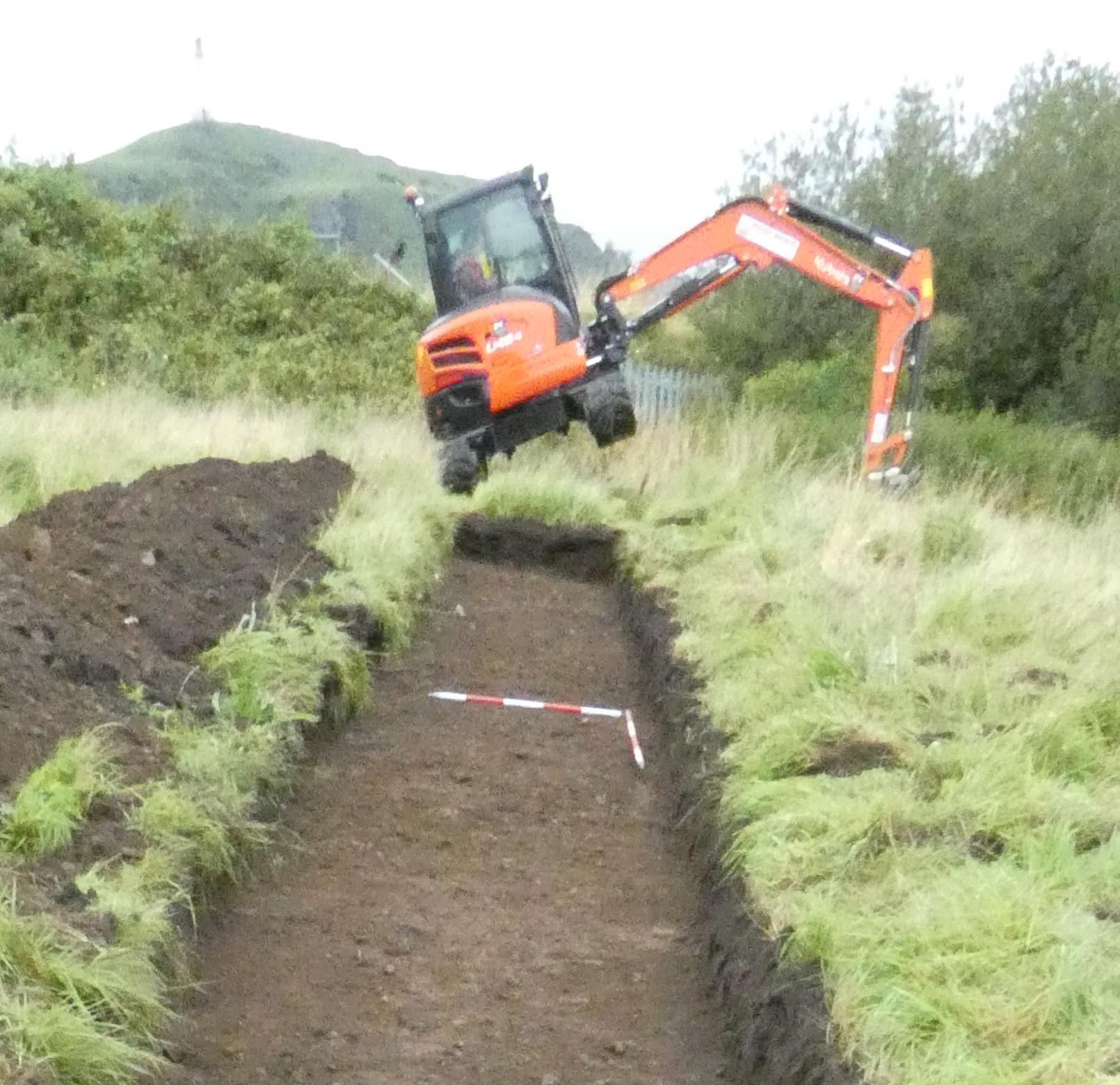