Greenlane Archaeology carried out a heritage assessment for the property at Marsh Grange, Dunnerholme, Askam-in-Furness, Cumbria. This followed an archaeological building recording of the site, also carried out by Greenlane Archaeology, in advance of an earlier proposal to convert the building, which was only partially completed. A site visit revealed that the only original fabric to survive comprises the majority of the walls of the main part of the building, the eastern gable of the eastern outshut, and the waterwheel.

The origins of the barn are uncertain, although maps show that it had been constructed by at least the 1830s or 1840s. The limited documentary evidence shows that it was part of the Marsh Grange estate, which had been acquired by the wealthy Wakefield family of Kendal by the early 19th century and it seems likely that their investment in the estate resulted in the construction of the building. The earlier building recording revealed three main phases of development of the site, the first probably of early to mid-19th century date and including a waterwheel that powered a threshing machine. The core building on the site was enlarged shortly after construction with a monopitch outshut to the west, forming animal housing with decorative arched openings, and a further open-fronted extension was added to the east in the late 19th century. After the waterwheel fell out of use, probably by the early 20th century, the north end of the main part of the barn was rebuilt leaving the waterwheel stood outside. While the building, as a relatively common example of a threshing barn, is of low significance in itself, the presence of a waterwheel used to power a threshing engine is quite unusual and so makes the site more interesting. 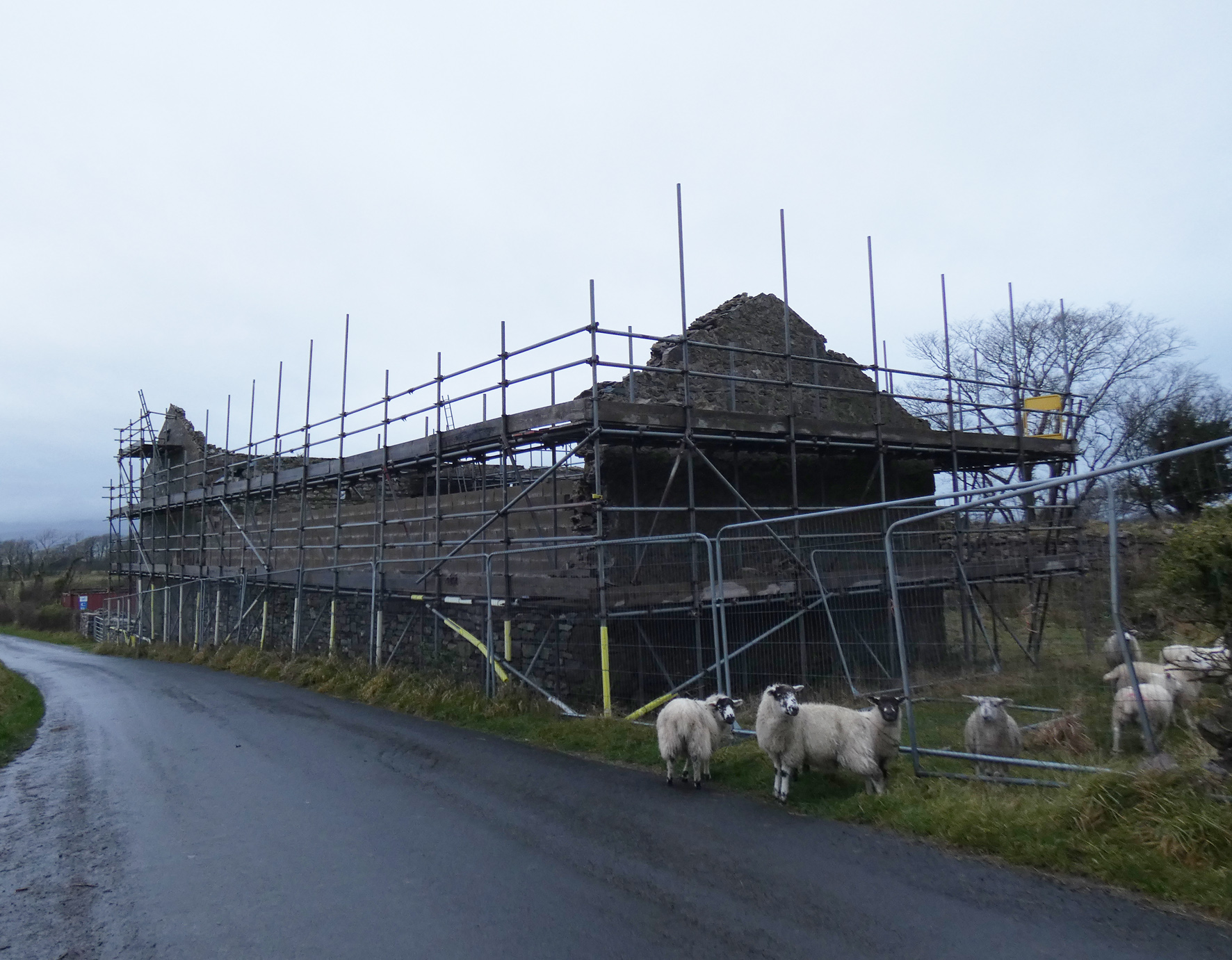