Following a planning application for the erection of two dwellings on land on Mill Road, Gleaston, Cumbria, a programme of archaeological evaluation was recommended by South Lakeland District Council after consultation with the Assistant Archaeologist at Cumbria County Council.

Gleaston is known to have an ancient history; it is recorded in the Domesday Book and there is considerable evidence for prehistoric activity from the general area. Gleaston Castle, a short distance to the north-east of the site, was the home of the Harrington family from the 14th to the 15th century and the mill immediately to the south is thought to date from the 12th or 13th century. The site on Mill Road is one of a row of narrow plots of characteristically medieval form, which originally ran between the road to the south and a back lane to the north, which linked them to the fields beyond. Early maps and documentary sources show that the plot was occupied by a farmhouse owned by the Kendall family from at least the early 19th century, and that this was subsequently replaced by a row of cottages in the late 19th century. These were pulled down in the 1970s, after which the plot remained unoccupied.

The evaluation revealed that there were no traces of the later cottages, but that well-preserved walls, cobbled surfaces and a drain relating to the earlier house were present beneath a shallow topsoil. Medieval remains including a linear feature, probably a boundary ditch or palisade trench, and a small pit were also recorded, sealed beneath a garden soil and deposits possibly left as a result of flooding.

A small assemblage of pottery dating to the 14th to 15th century was recovered, as well as considerably more material belonging to the post-medieval period. Environmental remains were also recovered from the pit and linear feature, including charred cereal grain, and well-preserved organic material including plum stones and hawthorn seeds was recovered from the post-medieval drain associated with the earlier house.

The site has provided a useful opportunity to examine the archaeology of the village of Gleaston, within the planned medieval plots, and has revealed important evidence relating to the earliest occupation of the site and its subsequent use in the post-medieval period.

The full report is available on the Archaeology Data Service website: https://archaeologydataservice.ac.uk/archiveDS/archiveDownload?t=arch-700-1/dissemination/pdf/greenlan1-22396_1.pdf 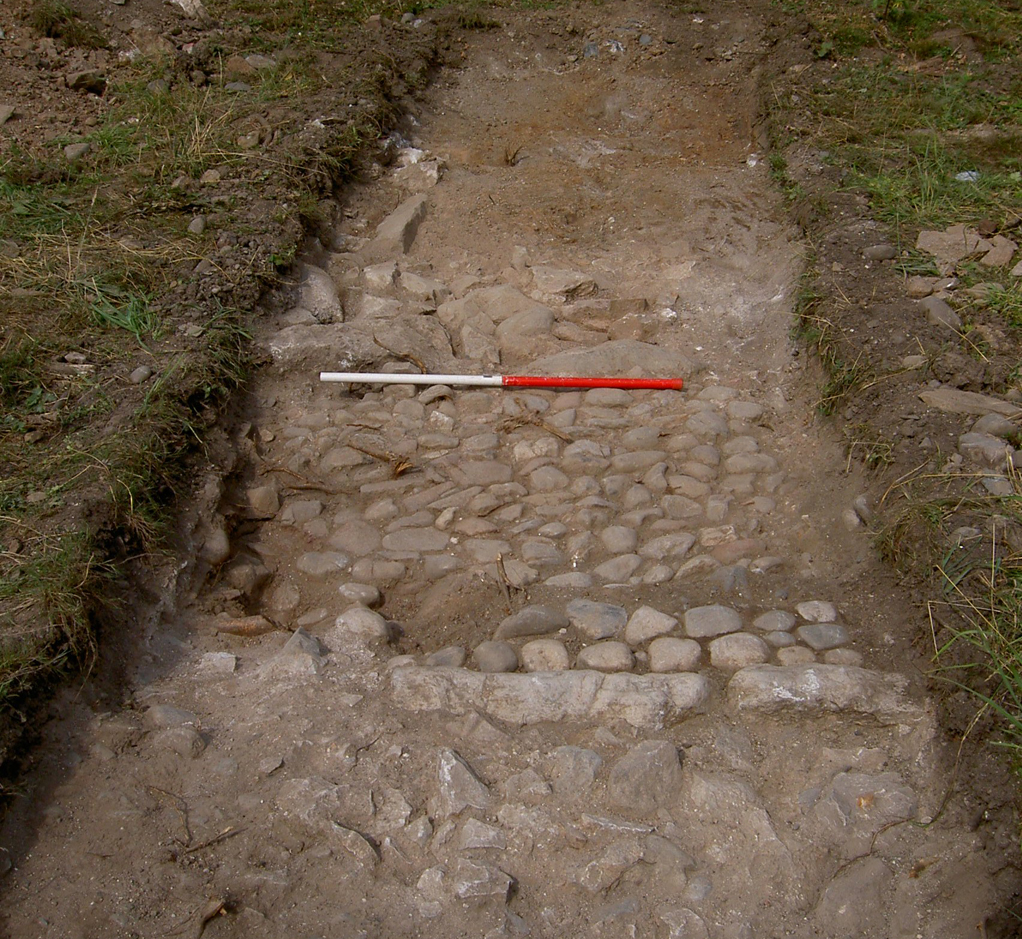