A Level 2 archaeological building recording was carried out following the submission of a planning application for the demolition of the former farmhouse at Moor House Farm, Broughton Beck, Ulverston, Cumbria. Documentary sources record a dwelling at ‘Moorhouse’ from at least 1721 and the building is shown on Yates’ 1786 map of Lancashire. The earliest detailed representations appear on the Ordnance Survey maps of the 19th century. It was originally a farm, but by the later 19th century it was occupied by quarrymen and their families and it is clear from the map evidence that the building was enlarged at this time.

The earliest phase of the building comprises a double-pile plan house, which is likely to be of early 18th century date based on a comparison with similar structures and the form of some of the features. These include L-shaped and other hinges, the staircase, two-panel doors with ovolo-mouldings, and the general style of the roof truss, which had unusual cross-hatch levelling marks, again suggestive of an early date. Other features, such as a pair of timber mullion windows in the attic, perhaps suggest an even earlier date.

The building was subsequently extended to the north-east, with a range of outbuildings, and south-west with a two storey addition, and also with gabled porches to the north-west and south-east, probably in the 19th or early 20th century. During the late 20th and early 21st century it was modified again, largely unsympathetically, with a concrete skim being added to much of the interior, concrete floors added, and the exterior being entirely finished with concrete render. The original windows were probably removed during this period and replaced with the present UPVC casements. Most recently the majority of the later additions have been demolished, leaving only a single outshut to the north-east and the two porches.

The farm house at Moor House Farm is a good example of an early double pile plan house, one of a number of recently recorded examples that demonstrate that these are often earlier than generally considered to be the case. It also retains a number of early or original features including several doors and the staircase, although the building as a whole is in a generally poor condition.

The full report is available on the Archaeology Data Service website: https://archaeologydataservice.ac.uk/archiveDS/archiveDownload?t=arch-700-1/dissemination/pdf/greenlan1-133259_1.pdf 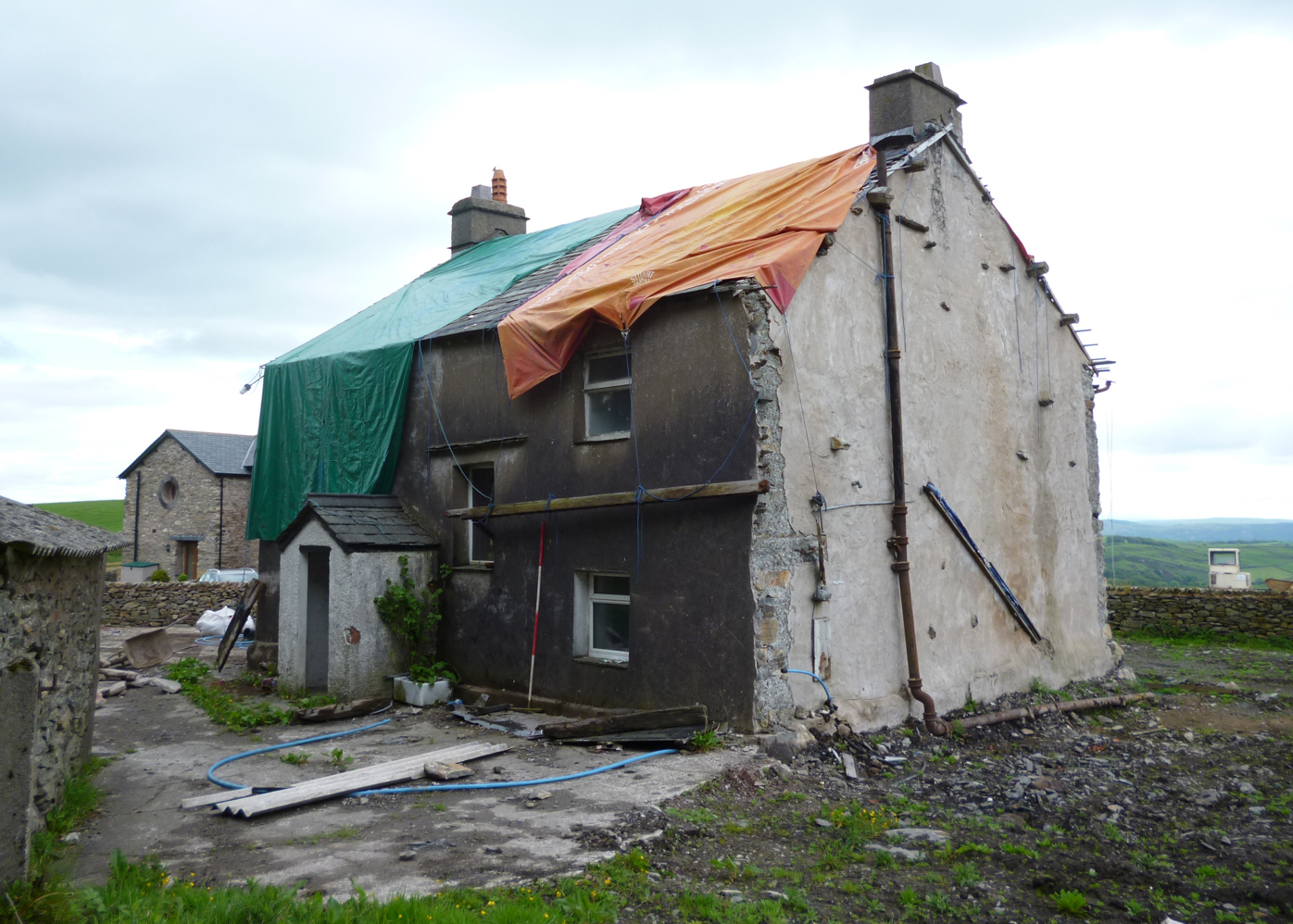