A proposal was made to build three dwellings at the rear of the New Inn Yard plot, 98 Highgate, Kendal, Cumbria (SD 51370 92465). A predetermination archaeological evaluation and desk based assessment were recommended by Cumbria County Council Historic Environment Service. The work was carried out in August 2006.

Highgate appears on the earliest known map of Kendal town by John Speed produced in 1611 and, with the adjoining Stricklandgate, forms the main north to south thoroughfare through the town which also leads to the market place. The layout of the medieval burgage plots or tofts is still clearly visible in many of the yards on Highgate and while there is recorded Roman activity at Watercrook one kilometre to the south and a probable Bronze Age burial in the vicinity it is the contribution to our knowledge of Kendal’s early development in the medieval period that would appear to be the focus of this site.

The desk-based assessment has brought together some useful historical sources and a clear picture of the development of New Inn Yard can be gathered from cartographic evidence, the schedule of conveyance for the ownership of the yard, as well as historical sources.

The evaluation revealed the underlying drift geology occurred at a minimum of 1.0m below current ground levels; this was overlain by a thin layer of colluvium and two layers of subsoils, the lower of which may include some further colluvial deposits. The two subsoils and the topsoil contained a reasonable assemblage of pottery that dated the layers to the post-medieval period. Some residual sherds of medieval pottery were also recovered as well as some interesting clay pipe fragments dating from around 1700. Given the topography of the site with a steep bank rising to the west it seems unlikely that the land was ever ploughed and was probably planted with fruit trees. This may well explain the lack of medieval artefacts that one would have expected to have been introduced during manuring. The site is now terraced; this is first evident on Hogarth’s map of 1853 although it may have occurred at an earlier date, and this may have had some impact on the stratigraphy of the site, perhaps accounting for the two subsoil layers.

The work carried out at New Inn Yard has given a useful insight into land use within the medieval plots of Kendal. It seems from the cartographic sources and the previous work carried out in the area that the focus of activity would have been nearer the street frontage and that the more marginal land to the rear of the plot would have been used to the best of its potential, in this case perhaps as an orchard.

The full report is available on the Archaeology Data Service website: https://archaeologydataservice.ac.uk/archiveDS/archiveDownload?t=arch-700-1/dissemination/pdf/greenlan1-22387_1.pdf 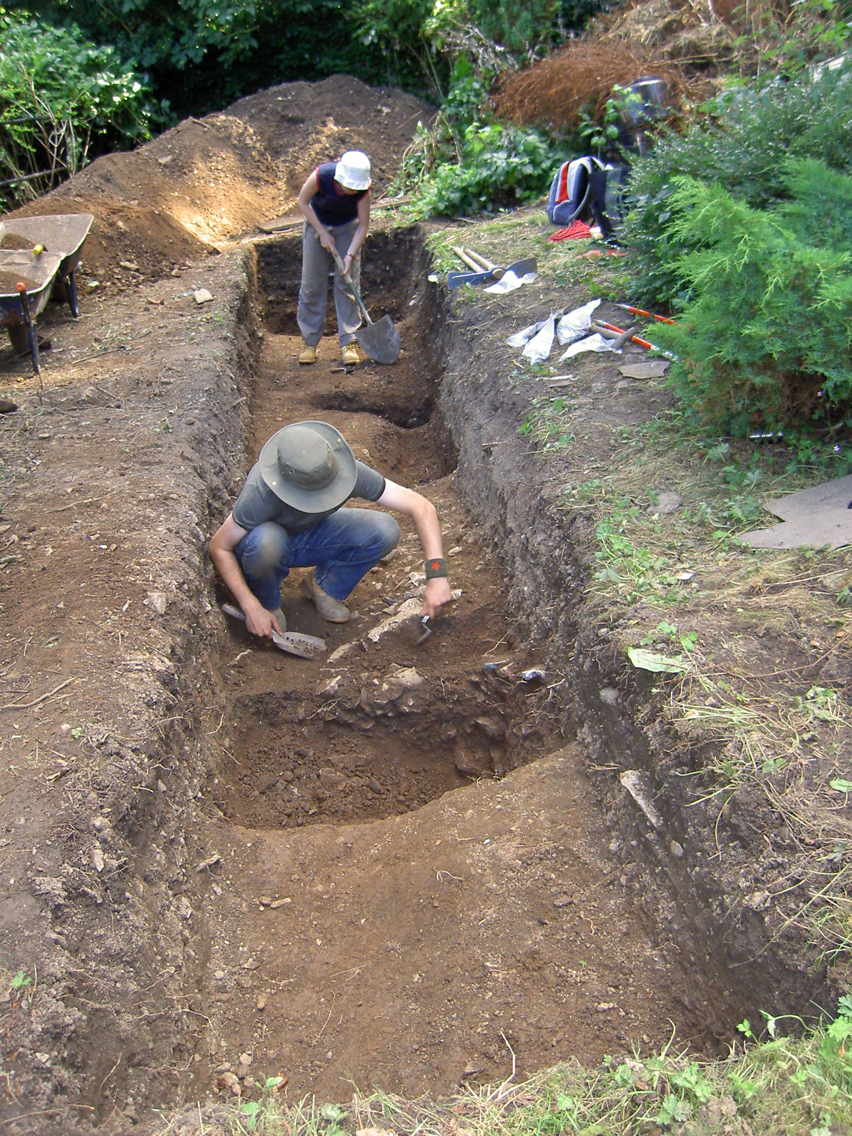