Following the submission of a planning application for the partial demolition of the derelict remains of Newton Manor, Gosforth, Seascale, Cumbria, Greenlane Archaeology was commissioned to carry out an archaeological building recording, as a result of a condition placed on the proposal by Copeland District Council. This was intended to form a permanent record of the extant remains of the building as well as allow a better understanding of its development. The project was carried out in January 2017.

The cartographic and other evidence demonstrates that the site was formerly known as Low Ling Bank or Low Lingbank, with buildings shown on the site at least as early as 1774. The property was presumably originally a farmhouse, and the earliest reference to it by its current name is only in 1861, at which time it was the home of Anthony Benn Steward, a local magistrate from Whitehaven, who had acquired the manor of Newton and Seascale in 1841. The property descended through his family for the rest of the 19th century and much of the 20th, although it is not clear how much they lived there during this time, and in 1933 it was evidently available to let. The map evidence shows that the original house was rebuilt or replaced between the 1860s and 1890s with the current building. Plans dated 1907, drawn up by a Whitehaven based architect G Nelson, exist for a large two storey extension, primarily comprising a billiard room, which was added to the north-east side.

The building recording revealed little evidence for any phases of activity predating the construction of the present house in the late 19th century, although an earlier form of window in the rear elevation may suggest that there is some earlier fabric. The main part of the present building was clearly built in a single phase and contains a number of Gothic Revival architectural details, although the architect is not known. It was extended 1908 with the addition of a detached block connected by a first floor walkway, which corresponds to the new billiard room designed by G Nelson in 1907. More recent alterations are less apparent, although it is obvious that internally it was extensively modernised and a small timber outshut was also added to the south-east end. The most recent activity has primarily been decay particularly caused by the ingress of water through the roof, which has led to the collapse of many of the internal floors.

While architecturally of interest in its own right the building is not, as far as is known, connected to a well-known architect and is now in a poor condition. It is possible that further investigation of the interior, if this were possible, would add to our understanding of its development. 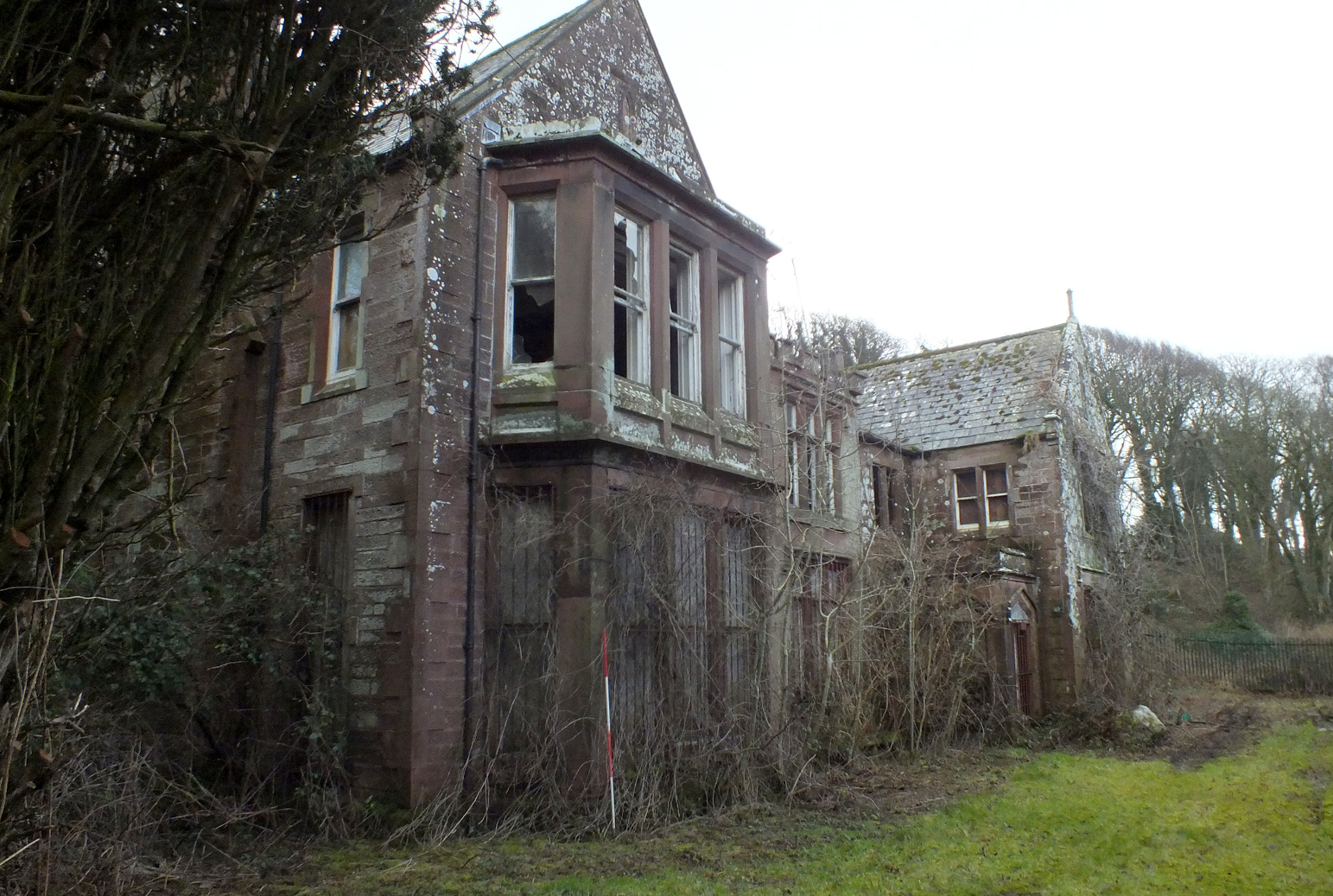 The north-west end of the south-west elevation